VSU used good ol' "Tochka U" against Nazi (Azov) forces in Mariupol. Killed a shitload of those. This was VSU's the revenge for attempt of Azov thugs against VSU's general. Mariupol is on the verge of the humanitarian catastrophe and Nazis openly use civilians as human shield. The operations by LDNR forces are already within the city limits (at the outskirts) and mopping up will be tough. 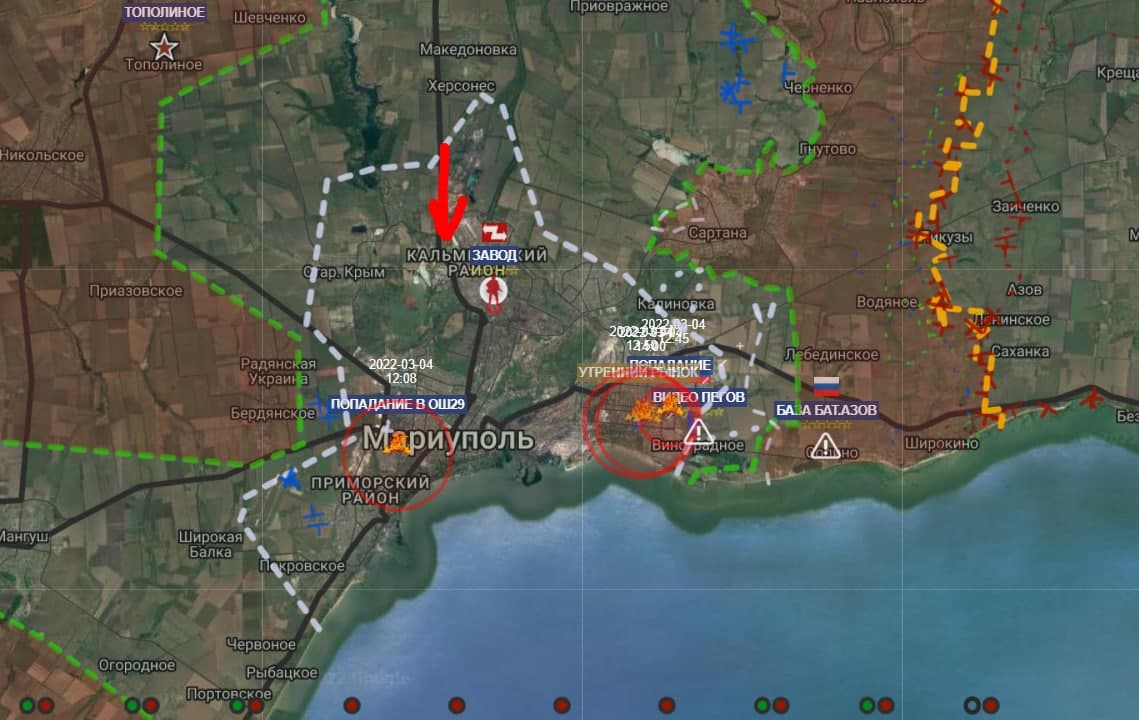 Some numbers of mercenaries are reported both within Mariupol and elsewhere and the videos and photos with those "soldiers of fortune" in the different stages of the decomposition after meeting Russian and LDNR forces are coming. As you all know, they are outside the framework of Geneva Convention, so make your own conclusions.

Herr Scholz lost it completely and demanded, in his phone talk with Putin, to immediately "stop all hostilities" and allow "humanitarian aid" into Ukraine (in Russian). In related news, Scholz is a puppet with zero geopolitical weight and is a servant of the Empire. Putin, being a nice guy, spoke to him for an hour. I totally understand Bernhard's (of MoA) depressed mood. Europe willingly committed suicide and reduced itself to a lunch for the US.

The question remains, why did all those who for so long foretold this war do so little to stop it, and so much to hasten the disaster Russia has now set in motion?

Indeed. Why didn't the government of Germany guarantee in writing that it would veto any additional NATO membership? It would have solved at least half of the problem. Why didn't any other NATO government do so? And what are they doing now? Where are their initiatives for peace? It is over. The Ukraine is gone. Russia has won. Energy and wheat prices have doubled. With inciting a longer fight Europe only increases its own loses.

Not only Germany didn't try to stop the insanity of Ukraine's descent into the quagmire of the neo-Nazism and economic catastrophe. Germany and its long-time leader Merkel were one of the main driving forces behind this catastrophe despite Russia warning Germany (and the rest of Europe) about what was coming since 2014. They didn't listen, now EU is beginning to pay the price. And it is just the start. Bernhard is correct when summarizing:

Together with the economic devastation that U.S. and European sanctions on Russia are causing in their own economies this will end in regime-changes in several European countries. The U.S. is of course again protecting itself from as much as it can at the cost of others.

The desperation on the US part manifested itself in Lindsey Graham calling for assassination of Putin.

Sen. Lindsey Graham has called for the Julius Caesar-style assassination of Russian President Vladimir Putin. "Is there a Brutus in Russia? Is there a more successful Colonel Stauffenberg in the Russian military?" Graham tweeted on March 4. Graham was referring to Brutus, a historical figure who assassinated Julius Caesar, and Claus von Stauffenberg, an army officer who tried and failed to kill Adolf Hitler.

This is everything one needs to know about American political "elites" because these views are shared by many of them.  Kremlin reacted coolly and pretty proforma:

US Senator Lindsey Graham has been driven crazy by the ongoing tensions between Moscow and the West, Kremlin spokesman Dmitry Peskov implied, following calls from the politician for the assassination of Russian President Vladimir Putin. “Not everyone can remain cool-headed these days, some [people] lose their senses,” Peskov told a press conference, commenting on Graham’s statements made on Thursday during an appearance on Fox News. Graham suggested during the show that “somebody in Russia” should kill Putin. Peskov pointed to the “hysterical stirring-up” of anti-Russian sentiment in the US, calling it a “Russophobic meltdown” of sorts.

This is the right kind of reaction because Graham is a war criminal and coward and his desperation is understandable. Here is how they phrase it in a BS "market lingo".

The number of traders with bullish positions on oil options is growing fast amid soaring international benchmarks.

Translated into normal human language it means that oil and gas continue to rise and that means, as you we all know, not just eradication of EU's manufacturing industries but the push of the US towards "recession". Yes, let's call this thing a "recession", for now. As a result look at the wheat prices' dynamics. 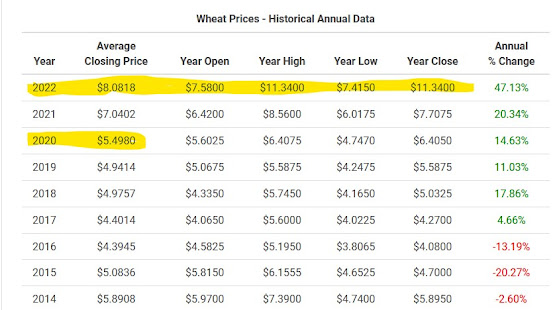 And you may have guessed it already--Russia is the largest wheat exporter in the world. I will omit here data on strategic resources such as rare-earth metals and fertilizers, of which Russia and Belarus account for almost 40% of world supply and you can draw the picture yourself. Europe, meanwhile, lost more than 160 million people market (Russia and Belarus) and with upcoming addition of another 20-25 millions in Ukraine, we are looking at 180-185 million. This is serious, folks, especially considering the fact that modern Russia is not poor on average and is able to pay. Good job, Europe.  Good luck in your new life, whatever is left of it. Make no mistake, I have no schadenfreude, I do empathize with Europeans, but each nation deserves government it elects. Frau Merkel and Euro "elites" did all they could to bring Europe down. Somebody has to pay and it surely is not Russia.
P.S. Chinese TV broadcasters cancelled the showing of current tour of English Premiere League in China due to showing support for Ukraine by EPL clubs planned for this game day.
Posted by smoothiex12 at 9:13 AM