Well, It Is The Daily Beast...

... after all. In general, very few normal people work in Western media and especially ones which are tabloids. Most Western MSM today are tabloids. Larry takes a note.

And the Western media train ride to crazy town continues to hurtle down the tracks and does not realize the bridge over the River Dnieper has vanished. That is the best poetic imagery I could conjure up tonight to try to capture that pathology of so-called journalists to publish nonsense. A new meme emerged today — the Wagner Group is being wiped out.

He then proceeds to show some real facts on the ground and that tells us everything we need to know about Western media--people with skills and ethics need not apply.

I also speak a little bit today about the travails of West's economics (or whatever passes for it) and warfare field.

I am on record--most of the world-view forming, primarily humanities, academic field in the combined West is an academic fraud. The model as a whole sucks across the board. And naturally, when subjected to a real test by reality it crumbles. Now imbeciles from NYT worry about this:

A Hit French Novel Tries to Explain Putin. Too Well, Some Critics Say. 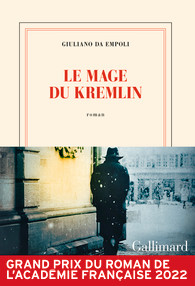 2. The success has illustrated the continued power of literature in France, where novels have long shaped public debate. Élisabeth Borne, the prime minister, said through a spokesman that she “really enjoyed his book, which mixes fiction and reality and echoes international current events and the war in Ukraine.”

LOL))) French already made a choice and it is a mix "of fiction and reality". Well, fiction primarily. Why don't French "public debate" shape itself on the issues of what used to be Europe and Western Civilization. But I doubt France will ever wake up for that--too late.