In fact, it is almost obvious but it is worth reminding many people what is at stake. Helmholtz Smith speaks to people at Larry's blog, but he speaks to and for a very large minority of people of good will, common sense and morals.

A lot of the people who comment on this blog seem to me to be patriotic Americans. And, it’s clear, if you read the comments, that many of them – probably the majority – want Russia to win the war. This is not because they like Putin or Russia particularly, and certainly not because they’re on the “Putin payroll”. Not at all. These people understand what is really at stake. These are people who know that the American war party (one of many names – deep state, borg, neocons, one percent, MICIMAC) is responsible for pushing Russia to the decision that it made last February. That it is the war party that expanded NATO despite the promises, that arms Ukraine, that encourages the fanatics driving that country, that blocks all routes to a peaceful settlement, that encourages Kiev to squander the lives of its people. But what really concerns these patriotic Americans is the damage the war party has done to their country.

Read the whole thing at Larry's blog. If you ask me if Kremlin understands this I can confidently say that it is absolutely true, and from the start of SMO this has been articulated non-stop, but many people still do not get the message. I will remind you again the immortal epic poem by Alexander Tvardovsky titled Vasily Tyorkin. Again, as in the times of the Great Patriotic War these lines ring true.

The battle goes on, holy and righteous
A deadly battle not for glory
For life on Earth

As Smith concludes his excellent piece:

Russia is also fighting a bigger war against the so-called rules-based international order. This shiny label covers the assertion that whatever America and its allies/subordinates do is right and whatever its opponents do is wrong and is the war party’s license to interfere everywhere. The hope is that the defeat – following on the Afghanistan debacle – will so weaken the war party that it will fall. This far I have talked of patriotic Americans wanting Russia to win but I believe that every country in the West has people who also want Russia to win because utter, obvious and undeniable defeat is the only way that they can see to get their leeches off their backs. The West is ruled by corrupt fools who are sending it to disaster – it is circling the drain of history. The hope is that Russian victory will burst the bubble, the internal enemy will be got rid of and these countries will start to mind their own business, care for their own populations and forget about the (mostly imaginary) monsters out there.

Difficult to disagree. I went to Barnes and Noble today. On the shelves of the Current Events section (40% of the books in it have the word "democracy" in their titles) I saw this book: 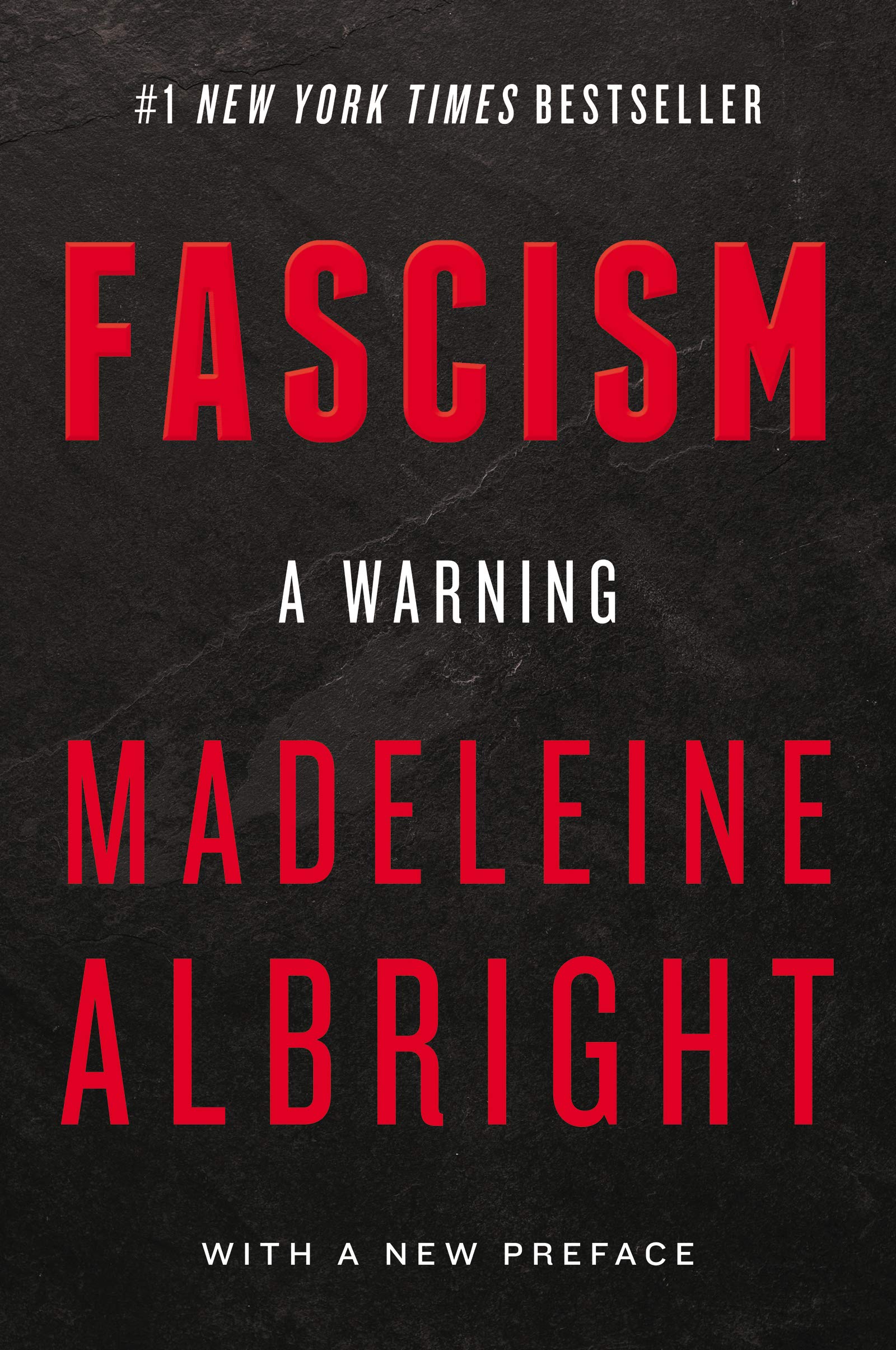 This piece of pseudo-academic excrement was written by a genocidal maniac, war criminal and a human marked with physical ugliness which underscored her ugliness internal, which harks back to the methods and views of genocidal maniacs and demagogues who populated corridors of power of the Third Reich. And from which the family of a Jewish girl from Prague, Jana Korbelova, the actual name of this now dead harpy, was saved by Serbs, who she "paid back" by bombing them in 1999. It is symptomatic that the BS concocted by this maniac reached NYT Best Seller list--this tells you everything you need to know about leeches Smith writes about. American establishment "intellectual" elite is dead, the whole intellectual class is largely dead but the time of reckoning is here. And some of them can hear the rumble of the inexorable march of history. Let them shake in fear.
Posted by smoothiex12 at 7:40 PM