The greatest rock-video of all time, probably.......

The kid who plays young Freddy is none other than Ross McCall from the Band Of Brothers. Ha-ha.......


Or this, when being a gay was not an achievement but a tragedy and carrying a cross of a highest art:

France (that is Hollande), give it a rest.

Either Hollande is a clown or he better stick to the issues he knows more about--such as gay marriage and other "vital" French national "interests". How about more "diversity"?

France to decide on Russia warship deal 'in coming weeks'

Monsieur Hollande, please, read this blog (I am being facetious, of course) :

1. You had a chance to be a statesman, you decided to be a politician, you miserably failed in both undertakings. So give it a rest--there is NOTHING to decide here, because:

2. Russia and her Navy DO NOT NEED these glorified Mistral ferries, which add NO combat value whatsoever to Russian Navy's capabilities, other than the ability to "project" the force against some third world shithole. In fact, they deduct from real combat capability. Why, is a separate issue.

3. These vessels will live, in case of a serious naval conflict, exactly as long as it will take for enemy submarines' (or even surface combatants) CICS to develop firing solution and that will be it. Russian Navy has no time, nor desire to play with some "mighty", essentially semi-civilian, vessels, whose appearance on French-Russian political horizon was due to "I scratch your back--you scratch mine" deal between Kremlin and Sarkozy, as a favor for Sarkozy's mediation of Russian-European relations, after Russian 58th Army gave Saakashvili's armed forces a lesson in combined arms warfare operations on 08-08-08.

So, Monsieur President, take those ugly vessels and shov.....just leave them out of Russia, please. Or wait, until true French patriot, Marine Le Pen, gets elected--then, Russia and France will have a lot more of substance to discuss than just the fate of two hapless and useless, I may add, floating coffins. Vive la France!

It is the last weekend of July and, as tradition goes, it is Navy Day in Russia.  It was celebrated on all 4 Fleets (including snafu in Sevastopol with URPK's dummy launch) and Caspian Flotilla. Celebration in Baltyisk (the main base of Twice Red Banner Baltic Fleet) was marked by the visit of Putin and a bad weather. They still did produce some bang for a buck (or, rather, for free) and all this showmanship for public, but most important things were happening on board of the newest Russian frigate Admiral Gorshkov (project 22350) and were hidden from the eyes of general public.

There, on board of Russia's latest frigate, new Naval Doctrine was announced. Well, it is not really a doctrine, nor is it purely naval, but for a government run by journalists (Rogozin) or Civilian Engineers (Shoigu) the latest "edition" of the Foundation of the Marine Policy had some very important points. Those who can read (speak) Russian can find them here:

Most important of those points is, finally, recognition of a simple fact that full independence from foreign technologies in shipbuilding industry is a must. This, plus, of course, recognition of NATO as a main threat to Russia's national interests. This alone signals a massive shift from "re-integration" with Europe to a completely independent maritime policy, which will, inevitably, lead to a development of both green water naval capabilities and, eventual, emergence of blue water capabilities which would lead to a global Sea Denial Force--what this author was calling for years. The more things change, the more they stay the same........ 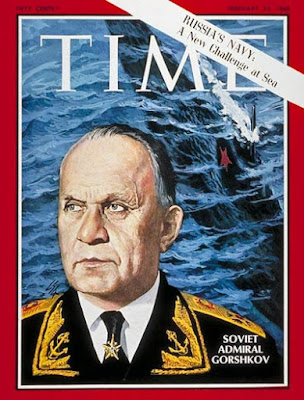 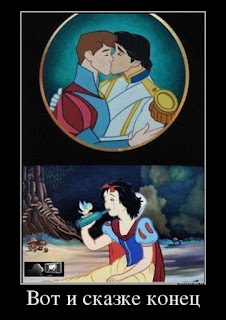 A remarkably important and symptomatic piece in The Week (a largely neocon rag) about Russia and Israel. Definitely worth reading and contemplating. I will try to comment on it when I have time.

Why Russia should take over Israel's defense from America