... you know, coffee spraying on monitors, me falling off the chair. Things of this nature due to this:

"The Bradley infantry fighting vehicle is the exact type of vehicle the Ukrainians need," said Mick Mulroy, former deputy assistant secretary of defense and ABC News contributor. "There are many available, they are relatively easy to learn to operate effectively." While the Bradley does not offer the same protection as a tank, it can still be used to take out Russian tanks and armored personnel carriers, according to Mulroy.

No, really, do they still think in Pentagon that Bradley with its 25-mm Bushmaster and two obsolete BGM-71 TOW ATGMs has a chance on the modern battlefield against something like T-72B3(M), let alone T-90M? These are the tanks which now dominate the battlefield in 404 and that is not even all of the story. Practically all Russian tanks fire not just very respectable guns but also a very nasty 5 km range ATGM called Reflex, not to mention the fact that Russian tank force now has a very good WALL-E looking sidekick known as BMPT Terminator Tank Support Vehicle. And this monster apart from outgunning Bradley with 2 30-mm guns, carries four Ataka ATGMs which are not only supersonic but outrange TOW dramatically.

Well, one doesn't have to be a professional tank officer to recognize what these Bradleys will face. But then again, Bradley is a cover story for Pentagon, because the larger issue, of course, was a discussion on the delivery of M1 Abrams tanks to 404.

As WaPo explained, there are some "minor" technical issues for Abrams tanks because they weight in excess of 55 tons, consume enormous amounts of fuel and are prone to... well, how to put it politely--breaking down. Obviously, as is natural for US media and Pentagon, they explained that those tanks are also extremely complex and require a very specialized technical service. In other words, Ukies are on a lower development level to handle such an amazing equipment;)) Hey, I am just quoting here, alright? Translating into normal human language it means M1 Abrams is not designed to fight a serious enemy and the US will rather blame 100% guaranteed failure of Bradleys on their improper use by Kiev Regime, than see M1 Abrams burning on the battlefield in industrial quantities, especially with those pesky Russian Air Force capable to attack them beyond whatever the feeble air defense they may have. Remember this? 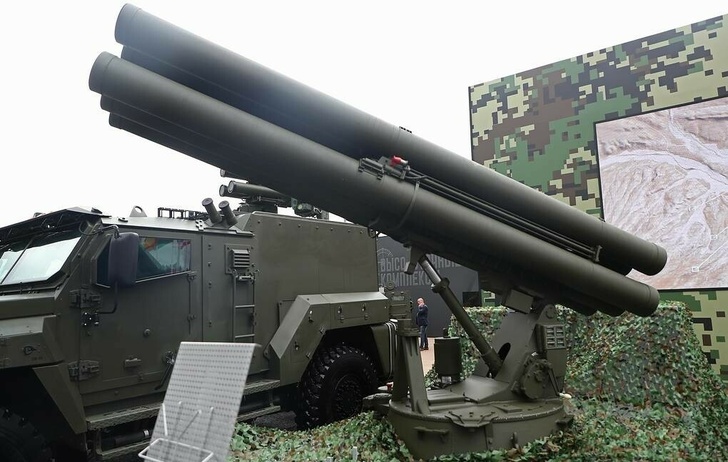 This damn thing performed brilliantly in Syria and has an insane range flying at more than M=4+.  Modern Russian helicopters carry these lovely weapons and it is specifically designed to kill any armor on the battlefield. Well, that's the modern battlefield for ya. So, the PR campaign must be ran tightly in the West, otherwise how can one maintain this myth about magical American weapons which all, without exception, have become, indeed, "game changers" insofar as their reputation goes, meaning an atrocious lack of combat effectiveness and being not fit for the real war.

Do they know this in Pentagon? Some, certainly, do. Do not expect this knowledge trickle down to State Department, because a mounting empirical evidence testifies in favor of those people having no clue about operational and technological aspects of modern warfare and still, probably, waiting for Maverick to fly his F-14 into Russian Air Space and kill all those nasty Rooskies, who decided to expose operational and technological weakness of the US military of which I warned for many years, specifically pointing out that the danger here is not American strength but weakness.

As the British media and human sewer The Sun laments:

The warship - armed with new Mach 9 hypersonic Zircon nuclear missiles - is leading a Russian naval task force in a show of strength to the West as the Ukraine war rages on. Mad Vlad beamed as he announced "an important, if not momentous, event" as the vessel embarked on its mission. "This time the ship is equipped with the latest hypersonic missile system - 'Zircon' - which has no analogues," he said. "As I said, it has no equivalent in any country in the world.

The amount of copium there is insane, but I am sure their "sources close to Kremlin" will soon confirm to them that Vladimir Putin again fell down the stairs and soiled his pants, again. Meanwhile, "enjoy" the copium BS from fanboys from UK.