A Blast From The Past.

It is not very often that one is reminded so manifestly of one's own past, but this is the case with anniversary of Cuban Missile Crisis as marked by RT, including posting the photo of my and others' legendary naval academy superintendent Vasily Alexandrovich Arkhipov in his young officer times--well before he became the Captain 2nd Rank (Commander) and the Chief of Staff of the 69th BRPL (Brigade of Submarines) of the Northern Fleet. 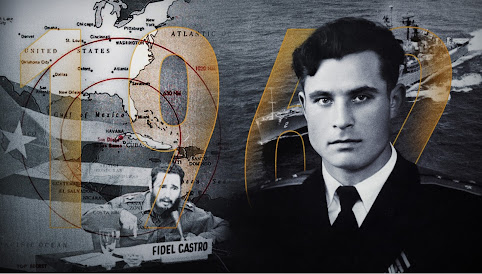 He saved the world from nuclear Armageddon in that capacity. I, as well as thousands of cadets of our naval academy, knew him initially as Rear-Admiral and, later, in 1981 as a Vice-Admiral. He retired very shortly after graduation of our class of 85. This is how we knew him: 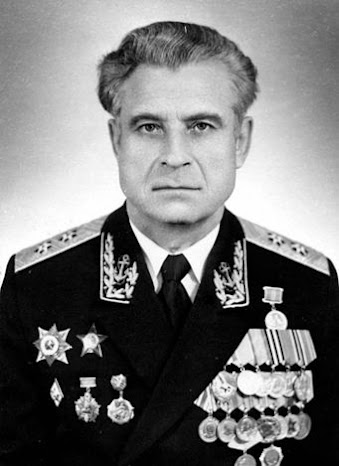 Or this, here with Vice-Admiral Kosov, (no relation to Paul Kossoff, LOL), also a graduate, like Arkhipov, of our Academy, who was a Superintendent of the whole system of Higher Naval Education of the Soviet Navy. 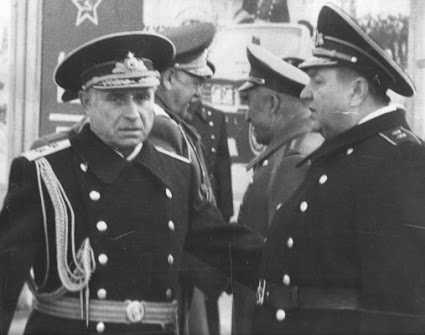 This one is taken after our parade march on 7th of November (I believe 1982 or 83) at the main square of Baku. It was always a very nice parade.

It is a strange feeling of "sensing" oneself 40 years later and looking back at one's own life, with all of its crazy turns, and recognizing that you probably wouldn't change a thing, considering a massive geopolitical storm which fell on my and younger generations. 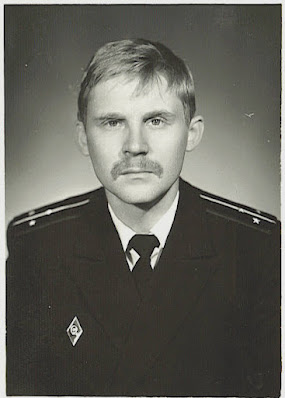 Would you believe it, in this 1988 photo I am about the same age as Arkhipov on the RT collage. But then again, sometimes I forget that I am not exactly 27 years old anymore. But so it is, and it was an October Fury in 1962, exactly 60 years ago, that a decision of one man saved the world. I was privileged to know the man and serve and study under his command for 5 years. Guess from three times what events and person one of my most favorite naval movie Crimson Tide was based on? Right:

Let me tell ya, especially against BS Rah-rah of the Top Gun: Maverick, the acting and interplay between Denzel Washington and Gene Hackman are absolutely stunning and believable. And I am not even talking about a masterpiece score by Hanz Zimmer.
So, October Fury is 60 years old...
Posted by smoothiex12 at 11:41 AM