A few points for the day. This is self-explanatory.

Three Mig-31 supersonic interceptor aircraft carrying Kinzhal air-to-surface hypersonic missiles have been deployed to Russia’s western exclave of Kaliningrad, the country’s Defense Ministry has announced. On Thursday, the planes were relocated to Chkalovsk airfield in Kaliningrad Region as part of “additional strategic deterrence measures,” the ministry explained. During their flight, the Mig-31s worked out interactions with Russian forces stationed in the area, as well as the naval aviation of the Baltic Fleet, it added. The planes will be placed on 24/7 combat duty in Kaliningrad, according to the Defense Ministry.

With Kinzhal's own range of 2,000 kilometers, it is clear what is in store for NATO C2 centers in case they decide to play stupid game. 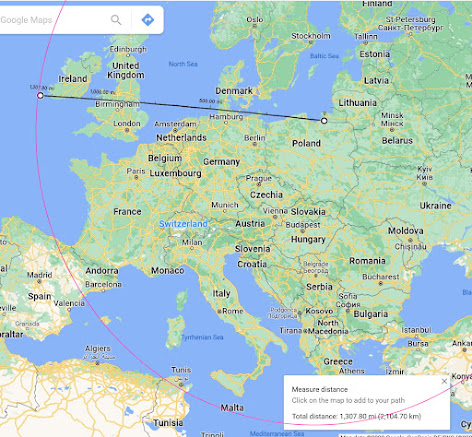 Considering the ability of Kinzhal, as was demonstrated in Ukraine, to penetrate very deep into the ground, such as was the case on many occasions, especially against reinforced underground targets, this also becomes self-explanatory and sends a clear message.

Also, for those of us who still doubt a catastrophic state of VSU, here is the first hand account, which corroborates many serious analysts' estimates of losses, which partially is confirmed by Kiev regime.

Translation: MOSCOW, August 18 - RIA Novosti. Kyiv significantly underestimates its losses in the Russian special operation, among the Ukrainian military there are already about 200 thousand dead, one of the leaders of the Zaporozhye militia, the commander of the Troy detachment, Vladimir Novikov, with the call sign Alabai, told RIA Novosti. "This is my personal opinion, I think about 200 thousand" two hundredth "(dead. - Approx. ed.) and more than 300 thousand wounded who will not return to duty," Novikov said. According to the commander of the detachment, he uses various sources of information. "Based on the totality of information, I can voice such figures," he said.

That explains quite well a hysterical reaction of neocon cabal, such as this yesterday's desperate and risible piece by all those great "strategists" in The Hill.

US must arm Ukraine now, before it’s too late

This juxtapositions itself quite well against yet another testimony about US weapons being not exactly as they are constantly advertised and of which I wrote three books.

Efficiency of US missiles in Ukraine questioned.Radar-killing AGM-88 HARM missiles will have only “limited impact” on the battlefield, an expert believe.

Now, before saying anything about RT using Business Insider "experts" as a source, it has to be stated that US MSM in general DO NOT have real military experts, firstly, because there could be no experts on tactics and operational matters among the graduates of the journo and communications schools and, secondly, the level of the American military "expertise" as performed by all those generals, colonels and "intel" people in 90% of cases is appalling in its ignorance and lack of understanding of modern war and Russia. And yes, US military "technology" is largely a failure in a peer-to-peer environment. So, as is expected a lot of butt-hurt and consumption of copium. And, thanks to my friend Mile Krupa, Mr. Mearsheimer, for all his accomplishments, continues to demonstrate a complete ignorance of the realities of modern warfare in his piece in Foreign Affairs. Mearsheimer, having no clue about what the current state of military balance in Europe is, speculates how the US can get involved directly into the conflict.

A more likely scenario for U.S. intervention would come about if the Ukrainian army began to collapse and Russia seemed likely to win a major victory. In that case, given the Biden administration’s deep commitment to preventing that outcome, the United States could try to turn the tide by getting directly involved in the fighting. One can easily imagine U.S. officials believing that their country’s credibility was at stake and convincing themselves that a limited use of force would save Ukraine without prompting Putin to use nuclear weapons. Alternatively, a desperate Ukraine might launch large-scale attacks against Russian towns and cities, hoping that such escalation would provoke a massive Russian response that would finally force the United States to join the fighting. The final scenario for American involvement entails inadvertent escalation: without wanting to, Washington gets drawn into the war by an unforeseen event that spirals upward. Perhaps U.S. and Russian fighter jets, which have come into close contact over the Baltic Sea, accidentally collide. Such an incident could easily escalate, given the high levels of fear on both sides, the lack of communication, and the mutual demonization.

Mearsheimer, a graduate of the USMA at West Point in early 1970s is still stuck in... 1945 and continues to drink Kool-Aid from US media, not understanding what state the VSU are in and not understanding that Russia maintains an overwhelming escalation dominance and ability of a strategic maneuver by force. But he speaks with a confidence on this:

What about the ultimate form of escalation? There are three circumstances in which Putin might use nuclear weapons. The first would be if the United States and its NATO allies entered the fight. Not only would that development markedly shift the military balance against Russia, greatly increasing the likelihood of its defeat, but it would also mean that Russia would be fighting a great-power war on its doorstep that could easily spill into its territory.

Unlike Mearsheimer, I am largely up to date on general view of Russian military on Western military "power" and, having an engineering degree am all ears and eyes trying to hear from Mearsheimer some details on WHAT force and HOW can NATO muster to attack Russia. Don't expect a professional answer from Mearsheimer, because he still thinks that it is 1980 and NATO can do a Reforger type thingy. He doesn't understand, that in order to fight Russia conventionally in Eastern Europe NATO, headed by the US, will need a force around 1 million ground troops with adequate equipment and C4ISR to even have a shot at not being defeated outright--a task impossible in principle, not to mention the fact I would like Mearsheimer's "forecasts" on matters of the US daily losses, in thousands KIAs and WIAs daily, on reconstituting a draft in the US, on the combat readiness of the US ground troops and, in the end, on all those "sophisticated" weapons which the United States is simply afraid to provide not because they are just afraid, and the US is afraid, of real escalation, but because all of those "sophisticated" weapons do not work in real.

I do not expect from Mearsheimer any assessment of operations of RuAF, Air Defense or Navy--he doesn't know it--but maybe he will have enough integrity for stopping spewing an absolutely sophomoric amateur BS on subjects neither he, nor his "political science" environment, have any clue about. In the end, he better learn that it is the United States, not Russia, who is very use of nuclear weapons biased nation precisely because it is incapable of planning and executing anything even remotely similar to SMO. But then again, I don't know if he studies real military history of the world, not BS they teach in Ivy League circle jerk on American exceptionalism. As Mike correctly concluded: "Mearsheimer better concentrate on writing about Israeli Lobby". Agree 100%, this is his field and he better resign himself there: real history, warfare, practical geopolitics, real Russia studies and operational art are not his forte.

In related news: my book is out in Poland. 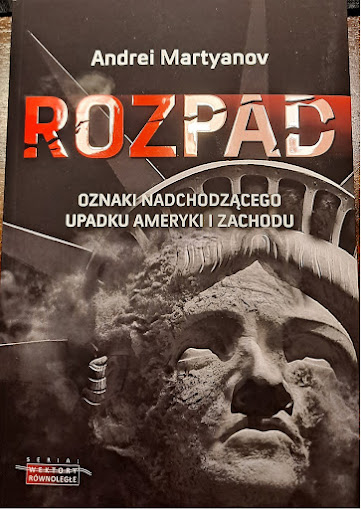 Germany is next. This is your primer for today.