1. Immediately, Western media and people who work in them are human trash. Not just because they gloat over the murder of an innocent girl, who, it seems, was not supposed to drive the car she was killed in, but because there is another, less macabre, reason :

2. Here is a headline from Associated Press:

MOSCOW (AP) — The daughter of an influential Russian political theorist often referred to as “Putin’s brain” was killed in a car bombing on the outskirts of Moscow, authorities said Sunday.

Dugin NEVER was "Putin's brain", nor was he ever "influential", with all those sobriquets  being a complete fantasy concocted within the dumpster of Western media and, sadly, promoted by Dugin himself. Here is from famous Russian political observer Bondarenko today:

Translation: Meanwhile, Alexander Dugin is neither a Nazi nor a racist, much less "Putin's brain". “Dugin was more popular and in demand in the West than in Russia. He is a polyglot who is fluent in 20 languages, which means that upon arrival in any country he could well give interviews to local media in their language. His popularity became one of the reasons why Dugin was considered and positioned in Europe as an adviser to the Kremlin, although in fact Alexander Dugin has not been associated with the Kremlin for a very long time. At the same time, the philosopher himself supported this reputation, since it made him even more in demand in the West, ”Oleg Bondarenko, a well-known Russian political scientist, explains to the VZGLYAD newspaper.

I am on record for years, that Dugin is nothing more than demagogue and grossly uneducated man, with the exception of his knowledge of languages, whose opinions on geopolitics are those of an amateur. Sadly, he did come across all the time as some kind of Russia's "hawk", and this quality combined with his grossly exaggerated reputation in the Western media is what could have been one of the reasons behind this tragic event, in which Daria has become a victim. My heart goes out for Daria and her parents. RIP, Daria. Only 30 years old. 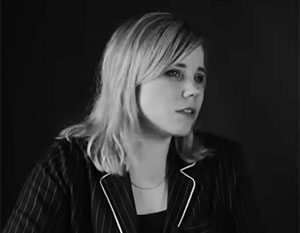 Now deliberations start. WHO is behind. The obvious guilty party is SBU and their curators from MI6 and CIA. Well, they are certainly well versed in terrorism and Daria's murder is terrorism--simple as that. But do not ask me WHO is behind--I don't know, it is the matter for FSB now and then decisions by appropriate authorities on how to deal with those who ordered and executed this terrorist act. I am sure names of Western curators of this and other atrocities committed in the name of "democracy" are well known. Western MSM are also complicit here, as they are in atrocities in Iraq, Afghanistan, Syria and elsewhere. Per Ukie part from SBU--they will be liquidated. But for now, Rest in Peace, Daria.
Posted by smoothiex12 at 12:06 PM