... of one of the reasons for a severe butt-hurt of the West--it cannot fight Russia because its best proxy in history, armed and C4ISRed by allegedly "finest fighting force in history" got its ass handed to it.

They know it, and all those people cannot take it. Can you imagine Ben Hodges or Keane with Petraeus commanding formations which will be cut off largely from communications, will be under constant fire impact, sustaining constant heavy losses even in the operational depth, and having virtually no ISR? I can not. They don't know how to do it--it is a whole generation of "leaders" who can fight only some third world military formations, and even there it cannot win.

Take a look at these screenshots of Tim Bakken's book: 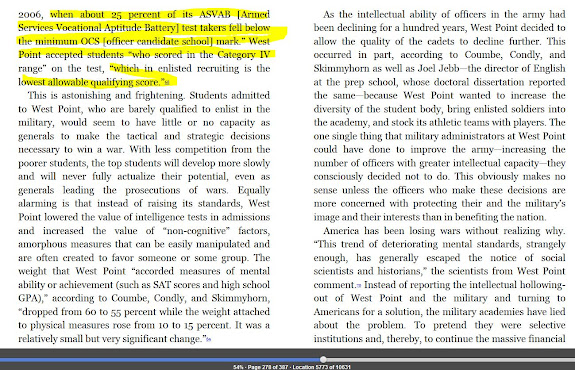 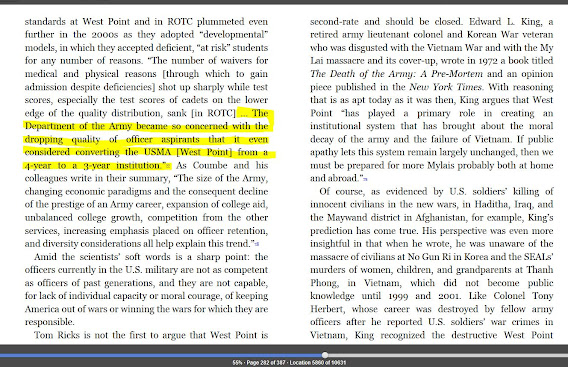 Officer candidates who have academic abilities lower than those required from the lowest category for... enlisted? I am on record for more than 10 years--the danger of the US is not in her military, grossly exaggerated, might but in its increasing military weakness.

P.S. Per satellites. Russia can take out pretty much whole US intel satellite constellation and jam GPS entirely, but physical annihilation of the satellites is an act of war. So, for now at least, it is not an option.