Some Off The Cuff Remarks.

Regarding some news today. Just finished the podcast with PolitWera and Vladimir Trukhan. We spoke about this too.

1. Snake Island: purely political decision to remove Ukie "argument" about grain "blockade". Now Ukies started to de-mine approaches to Odessa and it will be very difficult for them to use the silly argument of Snake Island as an excuse. Militarily, VSU will not be able to place there anything because it will be immediately annihilated. The distance between Snake Island and Sevastopol is 260 kilometers--peanuts for P-800 Onix or any of the Kalibrs. VSU knows it and already stated that they have no intent to place anything there. They can't, even if they wanted to. I will omit here purely operational issue of Snake Island affair, which weakened the Odessa grouping of VSU dramatically.

2. Per this (thanks to Larch who pointed this out):

(Bloomberg) -- A flight test of a hypersonic missile system in Hawaii ended in failure due to a problem that took place after ignition, the Department of Defense said, delivering a fresh blow to a program that has suffered stumbles. ... It didn’t provide further details of what took place in the Wednesday test, but said in a statement sent by email “the Department remains confident that it is on track to field offensive and defensive hypersonic capabilities on target dates beginning in the early 2020s.” “An anomaly occurred following ignition of the test asset,” Pentagon spokesman Navy Lieutenant Commander Tim Gorman said in the statement. “Program officials have initiated a review to determine the cause to inform future tests.” he said. “While the Department was unable to collect data on the entirety of the planned flight profile, the information gathered from this event will provide vital insights.”

But the funnies part is this. They cannot even hide the fact of being sore losers.

Russia debuted a hypersonic air-to-ground missile in its attack on Ukraine. Adversaries don’t have to meet the rigorous standards set under the US defense acquisition system or face public scrutiny over delays and failure.

Obviously no normal people work for most US establishment media, but can they at least hire the ass-holes who have a clue, instead of the full o'shit ignoramuses? Don't hold your breath. But I am on record and I repeat:

a. Eventually the United States will be able to create a some sort of quasi ballistic (air-ballistic) hypersonic weapon akin to Russian Kinzhal. When? Who knows. Relatively soon--a few years.

b. The US is nowhere near a hypersonic cruise-missiles such as 3M22 and it is not even at the start. Those technologies are deployed as fully functional weapon systems ONLY by Russia.

c. US media, full of shit as always, continue to obfuscate the issue of hypersonics throwing into the mix two very different technologies: hypersonic air-ballistic missiles like Kinzhal and fully powered in flight surface launched anti-shipping and land attack 3M22 Zircon. There is a chance they simply do not understand a difference.

3. Here are poor poor dears from the West crying about the SMO. The video is still full o' shit, including pseudo-"tactical" baloney spewed by all those "veterans".

But as I already stated--these guys thought that learning how to shoot and read couple of combat and field manuals makes them such "professionals" in war. Right. 99% of them never heard of how operations are planned and why people attend military academies. Here is a simple explanation (I did it in one of my videos) from the US Naval War College: 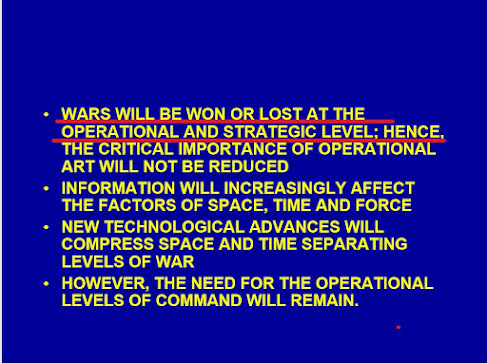 None of those "soldiers of fortune" has any clue what operational and strategic level is and how wars are fought. But sure, they know how to do "tactical shit" and because of that think (or, at least, thought) that they know the war. Right and I am Mother Theresa. Which brings me to this issue:

4. For those who continue to refer to all those Colonel Cassads and their ilk: there is a reason I do not take them seriously. They are NOT military professionals, never were and will never become ones. Most of them are into this whole thing for personal reasons, much of which are related to self-realization and money. I also get paid for what I do, but at least I served almost 11 years in the Armed Forces, including at the Brigade Staff position. Just keep this in mind.

Operational and Strategic level of war are very complex and require a very serious background not just knowledge of "tactical shit" and ability to read maps and knowing how to use ballistic tables (smart phones' apps, here we come) or understanding what mil is.

Electricity prices in Europe are soaring again as the market starts to fear that energy shortages this winter would be much larger than expected a few weeks ago. The German power prices for next year, a benchmark in the European electricity market, have surged by 12 percent so far this week and were rising by 2 percent early on Thursday, according to Bloomberg estimates. Europe is grappling with filling gas storage in time for the winter, after Russia slashed supply to major EU consumers, including Germany and Italy, citing “technical reasons.” Germany and Italy dismissed Gazprom’s reasons for the lower flows and said the move was politically motivated.At any rate, the low Russian gas deliveries and the two-week maintenance on Nord Stream which will halt supply via the pipeline in July are making European governments and electricity market traders and participants nervous about gas and power supply.

That is a strategic level and as BTO sang: you ain't seen nothing yet.

P.S. Somebody on interwebs "accused" me of "loving BTO". I never experienced more severe attack on my character than that. I never even liked sons of bitches, I abhor their sound. What I said was: they surely can play. And they can--great musicians. Just wanted to clear this blemish on my musical tastes. Same goes for Molly Hatchet--horrible sound, awesome musicians.