I Respect Douglas MacGregor, But...

... here is where I disagree with him dramatically.

Not only I disagree with him, but many people in comments also disagree. The assertion that Russia's SPRN (missile attack early warning system) is somehow "nowhere near" the American one is dead wrong. I know where this assertion originated, professor Postol stated this a couple of years ago. And it is a complete malarkey.

It is exactly the other way around, not to speak of the fact that the US was lagging in advanced early warning radar systems behind not just Russia, but Soviet Union already in 1970s and 1980s. The proof is in the pudding. American nominally "strategic" system GMD (I will omit here a dubious effectiveness of it) is "run" by the BMEWS and its "derivatives" detection and targeting contour, aka Solid State Phased Array Radar, including its latest AN/FPS-132 Upgraded Early Warning Radar, plus some launch detecting space based assets (satellites). Here is one of those, spread by the US across the world from UK to Qatar.

The only claim that the US could use up to mid decade of 2000s was in allegedly "processing" power, but that is not the case anymore. And while most radar have the range of 3000 miles, roughly 5000 kilometers, here is Russia's modern SPRN. 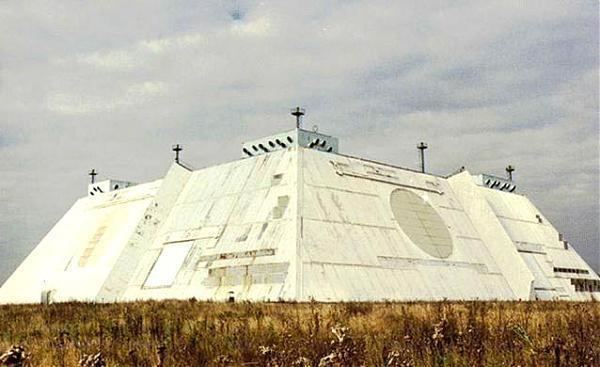 Here are some fresh (2021) explanations about venerable Don.

Russia has modernized its unique Don-2N radar station located in the Moscow region, Yuri Anoshko, general director of the RTI Systems (Radio Technical and Information Systems) told RIA Novosti. “Now it is being tested. As a result of these works, the functionality has changed,” he said at the Army-2021 forum. He said that both quantitative and qualitative characteristics have changed but did not get into the specifics. The Don-2N station is part of the missile attack warning system and provides information to the anti-missile defense (ABM) of Moscow. The construction of the radar began in 1978, and in 1989 it was put into service. The antennas are installed in a concrete truncated pyramid, the height of an 11-storey building and with a base width of almost 150 meters. This is the only example of the radar system. The Don-2N radar is capable of detecting small-size ballistic missile warheads at long ranges, determining their trajectories, classify warheads and respond with heavy and light decoys, dipole reflectors, and active jamming.

But, of course, since 2010s Russia deploys an astounding variety of "BMEWS" radar such as Voronezh and here is 2018 "coverage": 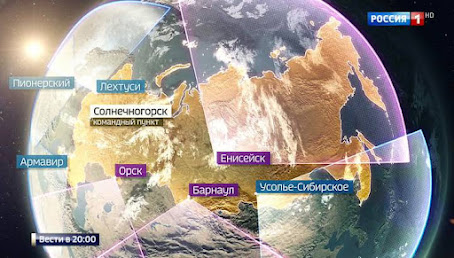 With a very respectable overlaps and 100% (360 degrees) coverage of the threatening directions. Of course, Voronezh radar is just one of many other types which provide both early warning and targeting. And here is Russian TV network Rossiya 1 gives a comparison to, and you have guessed it, US latest AN/FPS-132. 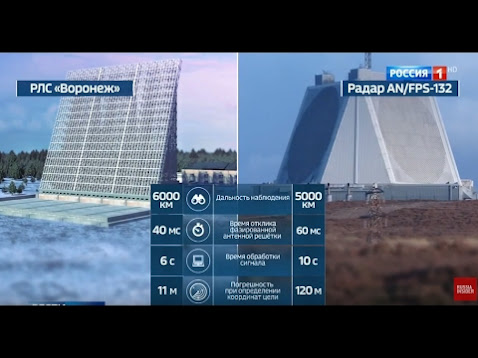 You don't need to know Russian to see that Voronezh beats the best the US ever produced in "BMEWS" technology hands down. See especially the comparison with the error in targeting (developing target's coordinates). Voronezh--11 meters, AN/FPS-132--well, 120 meters. You know, the order of the magnitude less accurate, not to mention the fact of its inferior range. Of course, I am not even talking about a variety of radars Russia deploys for both ballistic and hypersonic targets such as Container radar which is full blown OTH (Over-the-horizon) system which sees everything on the ground and in the air at the range of 3000 kilometers. The United States literally looks like a backwater compared to those capabilities, not to mention the fact that, of course, the US has nothing (even considering its GBI) comparable to A-235 Nudol, not to speak of full anti-hypersonic defense capability which the US simply doesn't have and who knows when, or if, it will develop it.

This charade about Russia's ABM system in the US media is becoming really nauseating, especially against the background of S-500 beginning to be fully combat deployed and its radar is fully networked with both Voronezh and Don systems, as well as any other early warning radar system capable to allow S-500 radar to monitor the air and space to the depth of 3000 kilometers. With A-235 Nudol having its mobile version developed, and with S-550 getting ready to deploy--these are capabilities the US simply doesn't have. All listed above Russian systems are designed not only to intercept ICBMs but are fully capable of defeating hypersonic maneuverable blocks. I like this condescending tone in this article:

The unveiling by the Russian President Vladimir Putin of the new S-550 air defense system was a surprise because nobody to date knew the existence of this new anti-aircraft defense missile system. According information released by Russian military sources, the S-550 could be based on the S-500 Prometheus that was recently tested by the Russian armed forces. The missile system has been designed as an anti-missile and anti-space defense system. The S-550 will be able to intercept ballistic missiles at greater distance and altitude than missiles S-400 and S-500. It could counter the American THAAD and Aegis missile defense systems with SM-3Block llB missiles. At this time, there is no information about the characteristics and capabilities of the S-550. The S-550 could be fitted with new engine and using new fuel and can be equipped with an advanced computer systems able to analyze the trajectories of enemy missiles.

Obviously, comparing THAAD to S-500 with its 600 kilometer range and full low-orbit anti-satellite capability is a an exercise in arrogance because it is akin to comparing a VW Beetle to a 18-wheeler  truck. With S-550 (alleged) range in excess of 1,000 kilometers and who knows what other capabilities and all of those systems fully integrated into the netcentric ABM and AD defense capability--the US has NOTHING comparable to that. But in the end, with first RS-28 Sarmat ICBMs arriving to full combat duty by the end of this year and first Avangard regiment (soon, full division of RVSN) being already in full combat readiness near Orenburg, the US ABM system simply ceases to matter in case, God forbids, serious war.

So, this silly talk of comparing Russia and US  early warning systems and what they provide should stop because those desperate attempts to grasp the last straw of the myth of the US military "superiority" is a waste of time and, in the end, doesn't serve well the reputation, in this case, of a very solid and important American military thinker such as very respected by me Colonel Douglas MacGregor. He is a good man and serious professional, but I am on record, and am ready to repeat it again: the United States lost the arms race to Russia, especially in matters of truly high-end systems in the foundation of a nuclear deterrents and early warning. Note: I didn't even address Russia's space based assets.