On A Lighter Note. LOL.

You already know that Dmitry Medvedev went full hawk since the start of SMO and let himself finally break from the "diplomatic" niceties and started speaking his mind in terms of attitude to the West. 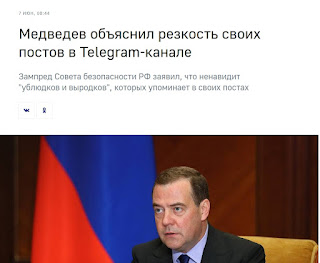 Explaining the harshness of his posts in his TG to TASS, he didn't mince words: "I hate those bastards and degenerates" who wish death to us, and want to annihilate Russia. He also promised until he is alive to do everything to rid planet off them. So, Russians immediately came up with the meme, LOL))) 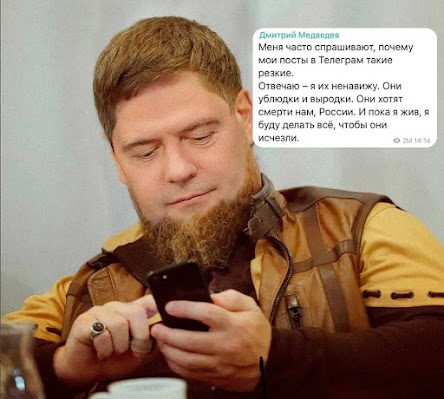 Ramzan now has a worthy competitor, LOL, who doesn't give a shit about political correctness, which, under the circumstances, is the only way to conduct foreign policy.

The Putin price hike is real — and huge

Of course he does. Having zero competencies in real governance or whatever is real out there, the blame game and CYA (cover your ass) starts, because that's the only thing they are good at. It also has a generic name of PR. But even in that they are not that good anymore being one-trick ponies, who do not have a concept of personal responsibility.