Not that I disagree with Rogozin in principle when he stated today that:

Translation: "The State Department said that the United States wants to maintain restrictions under START-3 after 2026, to achieve limits on "new types" of Russian nuclear weapons. Apparently, they are already dreaming of the Sarmat during the night sleep".

There is very little doubt that RS-28 Sarmat, as a strategic weapon, is not only unrivaled but also, in a good sense, a complete overkill. But that is the issue, even without Sarmat, the US has zero capability to stop what is known head-on response (second strike capability) of Russia. US dabbling into the ABM technology for the last several decades produced, frankly, very little practical results and is no match for even very limited second strike. Once one considers such weapons as Avangard hyper-sonic gliders (already on combat duty in 13th Missile Red Banner Division in Orenburg) and fast growing gap between the US and Russia in terms of hyper-sonic weapons such as 3M22 Zircon, which turns any SSGN carrying those missiles and deployed at both Pacific and Atlantic into de facto strategic strike platforms, one begins to grasp a scale of the problem facing the US.

In other word, the US neither has nor will have any time soon any capability to prevent a massive retaliation on own territory in case the US decides to do the unthinkable. I want to remind you, again, about admissions which do come out periodically about a complete vulnerability of the continental US to any modern cruise missile technology, let alone salvos of supersonic and hyper-sonic cruise missiles. It is a Congressional Budget Office report, no less. 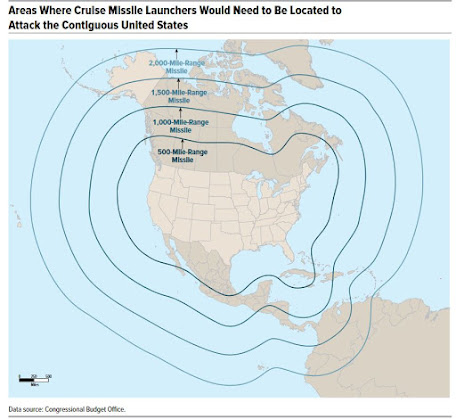 Yes, RS-28 Sarmat is a unique technological achievement, but it shouldn't "simplify" the complexity of the retaliation issue which the US faces and obscure a larger strategic framework in which the actual military capability of the US is nowhere near the image it tried to project in the last couple of decades and, in fact, it now acts as a fast declining power following rigid and unimaginative dogma of Thucydides Trap, because even ongoing SMO demonstrated huge limitations of the United States as self-proclaimed global military power. In the end, who can ignore such "lovely" systems as Poseidon.

Which brings us to the statement of a newly appointed US Ambassador to 404 Bridget A. Brink who stated that it is for VSU to decide at what distance shoot their weapons (in Russian). Brink, being a product of the US "diplomats" diploma mill, obviously, as is expected from the US "diplomats", has no clue what she is talking about, because the only subject which dominates US "diplomats" curriculum is a bombast. For all her credentials, she still doesn't recognize that she is not anymore an ambassador to small Slovakia but to a country which is de facto non-existent anymore and is next to the only country in the world which can wipe the US off the map in 30 minutes. But as I said, you cannot buy culture, let alone proper education, especially in the US foreign policy establishment known for its incompetence.

There will be 4 HIMARS platforms with 80 kilometer range munitions delivered to Ukraine. Well, even from purely military POV those make no difference whatsoever, granted they even make it to the front line, most likely they will be destroyed before that. But the issue of HIMARS is a "hot button" issue and is primarily PR spun to give Biden Administration precious little to grab onto when facing a complete annihilation with it best ever proxy and facing mid-terms against the background of disastrous approval rating and actual economic calamity unfolding in the United States. I did a fast search (using GEICO's app for cheapest gas) and got a  lovely spread of low grade gas from $5 a gallon in Boston, to $6.50 in L.A. And I started to wonder, for how much longer will this charade continue, because, obviously, the country is ungovernable at this stage and PR procedures do no have a desired effect anymore. I know, one has to conduct actual governance, not running constant election cycle routines and that they don't teach in the US universities.