I Already Touched On It In My Video...

... today, but I will reiterate by posting these screenshots from today: 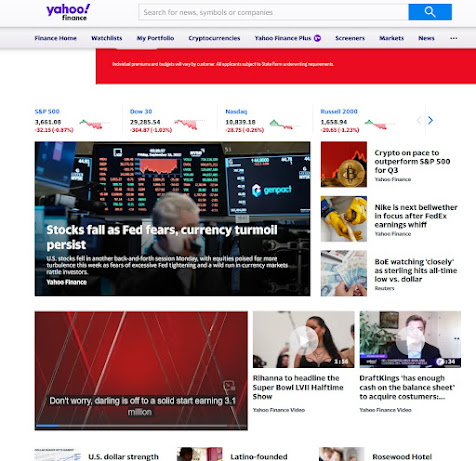 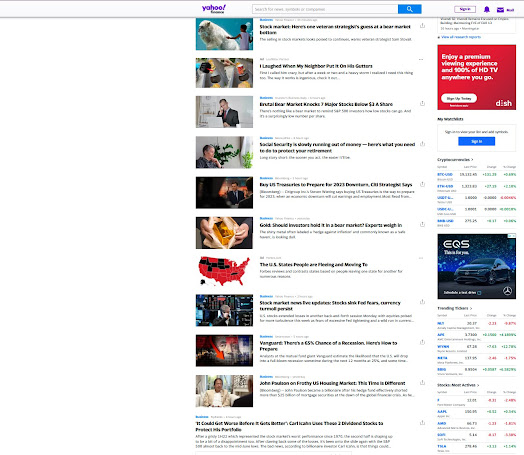 Just a brief review of headlines tells you everything you need to know, because these are headlines of economic collapse, albeit for now reflected only in terms of finances and stock market which, although not a real economy, can serve as a digest to panic which grips the "elite", because for many of them it will mean more than just financial losses. The reason being of many people "on the top" facing some very unpleasant things like... like... hm being hunted down by some angry people (wink, wink)?

But, of course, these are all only partial manifestations, because the whole West's "planning" continues to fly out the window since Western elites have no clue about anything:

The Organization for Economic Cooperation and Development (OECD) says Russia's war in Ukraine, now in its eighth month, will have a greater impact on the global economy than previously expected. The OECD said on September 26 that it had slashed its growth forecast for the global economy to 2.2 percent in 2023 from a previous estimate of 2.8 percent."The world economy is paying a high price for Russia’s unprovoked, unjustifiable, and illegal war of aggression against Ukraine," the OECD said in a regular report updating its economic outlook.

Ah, poor-poor dears--this is what happens when you study "economics" and "political science" in all those prestigious "schools" in the modern West. The issue, of course, is much deeper and much more complicated than "growth", much of it merely by cooking books--the main subject taught at Ivy League economic departments--but it is the issue of geopolitical realignment which is wiping out the last myths of West's dominance and exposes its complete degeneration.

At this moment I am still trying to process, because it is difficult to grasp in purely professional military terms, this BS about "response" to Russia "using nuclear weapons in Ukraine", because it is so beyond normality that it is difficult to put a finger on a particulars in this sheer insanity and desperation.  The only thing which comes close to this absurdity is, of course, fabled methods of defense by chicken lawyer from Futurama:
Which, in some weird way, reflects the thinking process of people in Washington and I want to immediately point out that I am not on the side of those who think that all this sheer insanity is deliberate. No, not at all, there is no plan, there never was, they are that stupid. As Mr. Helmholtz Smith points out at Larry's blog:

Crashing Russia will be easy. It doesn’t make anything – gas station masquerading as a country. rapidly aging and shrinking population – Weak Country with a Nuclear Arsenal – Russia’s Weak Strongman – Russia’s Strength Is Its Weakness. And lots more where those came from. As Hitler said, just one kick – stop buying their gas, they’ll hang Putin and come crawling back. Our rulers have been surrounded for years by people telling them this. Anyone who said that Russia has a big and very self-sufficient economy, that Putin is quite popular and at least half of his critics think he’s too soft, that money from gas sales to Europe are nice but there are lots of other customers, that you can’t be secure unless the other guy feels secure – what happened to them? You know the answer. They never got the chance to tell the bosses this and they never got in the door. And, when they did say these things – on the fringes far away from “trusted sources” and “fact checkers” – they were condemned as Putin apologists and their social media accounts were blocked. After all you can’t give a platform to disinformation when there’s so much real information from real experts like Martin Walker who told us in 2006 “But strategically, Russia’s real weaknesses are getting worse and its non-oil economy is lagging ever further behind its Indian and Chinese rivals.” Stupid or smart, the bosses were only told one thing by everyone who got to them and year after year they ignored all the counter evidence. That’s stupid. But it’s pleasing, especially to mediocre minds, to be told that you’ve got both might and right in your corner and your skillful management and nuanced understanding deserve another pay raise. For years, the same old stuff, over and over amplified and repeated – just one kick.

Or as Forrest Gump used to say--“Stupid is as stupid does.” Systemic collapse in progress, anyone?