Everything you need to know about the fate of the West. 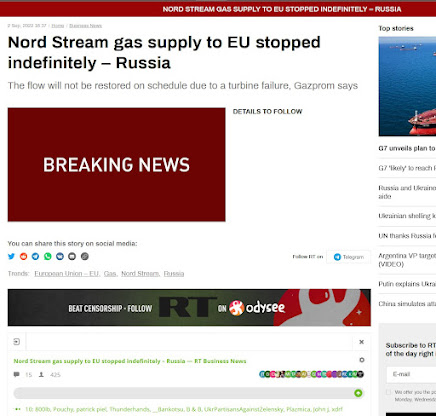 Now observe how the myth of European industrialism of the last 50 years will be dispelled. It rested, actually, on three large pillars:

3. And, of course, USSR and now Russia supplying very affordable energy to Europe.

It is over now. Today. Next step is this:

The G7 group of the most industrialized nations agreed on Friday to finalize and implement a price cap on Russian oil, aiming to reduce Vladimir Putin’s oil revenues for his war chest.

Which will see Russia stopping supplying oil for Europe and oil prices skyrocketing finishing off whatever is left from European economy.  So, that, combined with sheer desperation on part of DNC resulting in yesterday's mad psychobabble from Biden, is what defines modern West which is pretty much done by now. 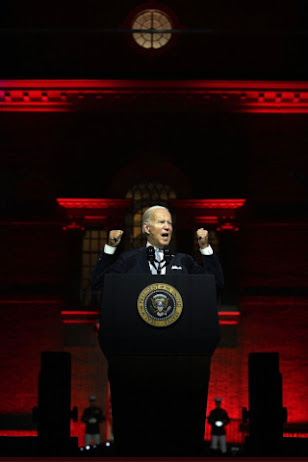 The main question at this stage is how fast the US will follow the Europe into oblivion. Interesting, really...
Posted by smoothiex12 at 12:06 PM