No matter how one views British Royalty, but one fact cannot be denied, in the times of British politics turning into the tawdry freak-show, Elizabeth II was projecting what is sorely lacking today both in UK and in the West--the class. We can give her that, at least. Not to mention the fact of many Brits sincerely loving her. So, the Queen is dead, long live the King. But, of course, the death of Elizabeth II has a very strange unintended consequences for... Ukraine. Kiev regime is dependent on Western media publicity and, in fact, is in serious business (together with major Western media outlets) of faking most of it military "victories" which then are used as the only argument in Kiev's begging the combined West for weapons and money. But Queen's death definitely removes Ukraine (for now) to the status of secondary issues. This photo also speaks volumes: 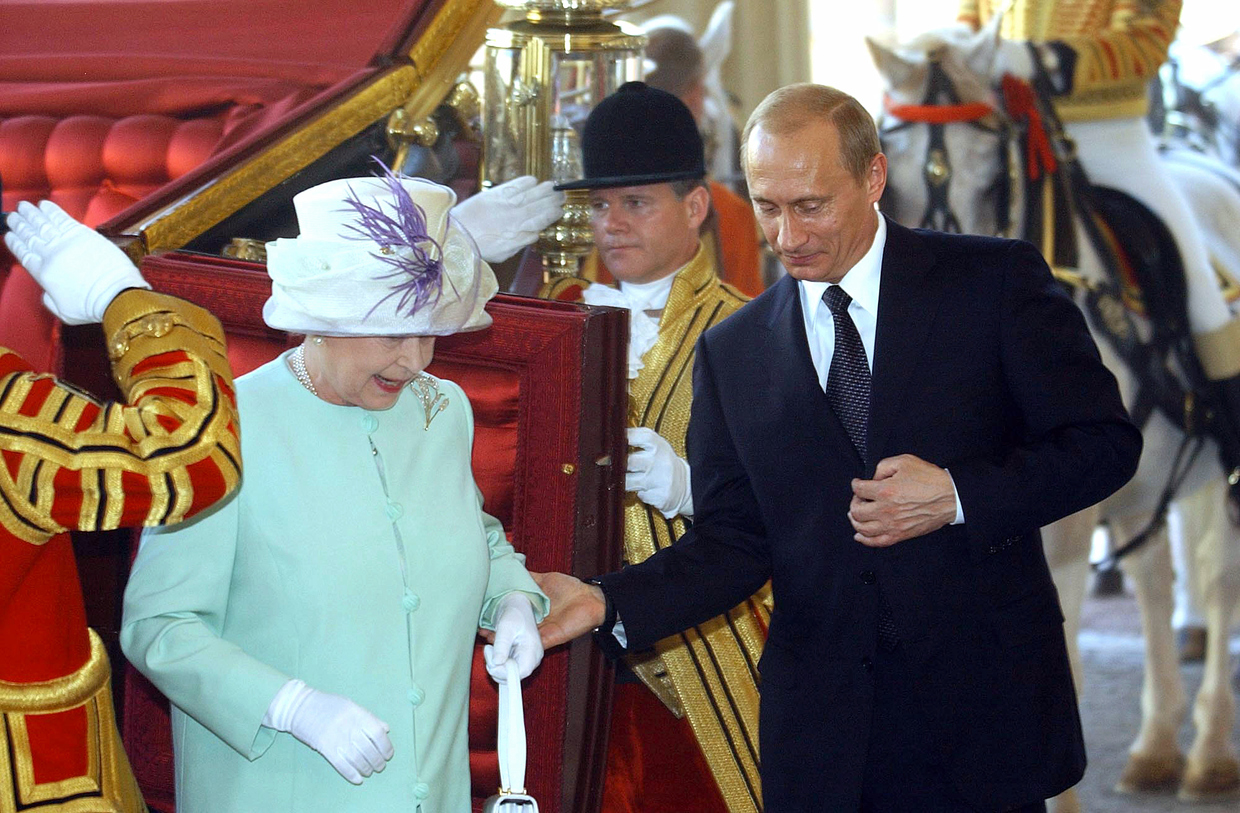 Rest in Peace, Your Majesty!

But in Ukraine news this is what Blinken "brought" to Kiev.

The administration of US President Joe Biden has pledged another $2.2 billion in long-term military financing to Ukraine and 18 neighbor states and territories “potentially at risk of future Russian aggression,” pending approval by Congress, Secretary of State Antony Blinken revealed on Thursday during an unannounced visit to Kiev. Blinken met with President Vladimir Zelensky and other senior officials to discuss the details of the $2.2 billion package, of which $1 billion will go to Ukraine. The rest will be divided among “regional security partners” in order to help them “deter and defend against emergent threats to their sovereignty and territorial integrity” through strengthening their coordination with NATO and combating “Russian influence and aggression,” according to the State Department.

Blinken, being a complete moron militarily, did this:

Blinken hailed the Ukrainian “counteroffensive” against Russian forces in the south as “effective,” calling it a “pivotal moment” for Kiev, while Zelensky thanked the visiting diplomat for “this enormous support that you’re providing on a day to day basis.”

And he is absolutely correct, since, granted that the average attention span of armchair strategists is about that of an aquarium fish, VSU's offensive was effective in terms of disposing of many thousands VSU personnel killed, and even more wounded, not counting the hardware lost. The new number which begins circulating now re: VSU KIAs is huge--up to 10,000 KIAs. Confirmed number of wounded in Krivoy Rog hospitals--mind you, it is more than 150 kilometers from the battle area--was in excess of 3,500. Hospitals in much closer Nikolaev were overflowing with thousands of wounded. Same goes for Odessa hospitals, but hey, at least they hoisted a flag over hospital in Vysokopolie. Same pattern, now in different terrain, repeats itself in Kharkov oblast.

For two days now Telegram Channels manned mostly by military ignoramuses scream about doom for Balakleya. Sure, it may even fall. But here is Apti Alaudinov, the commander of Kadyrov formations (Akhmat) today:

Translation: “What is happening today was planned. This is a tactical ploy that helped us to pull all their forces and means to the territory where it is convenient for us to fight with them.

But, of course, what this courageous and shrewd tactician in command of a large formation really knows compared to those Telegram Channels "analysts". Moreover, I stumbled today into new military "profundity". I will not say where, but get this--one moron concluded that total physical annihilation of enemy's personnel and hardware is not enough for victory. Right, you need the photo of the flag over some building and then the victory is complete. Meanwhile Milley, together with Pentagon, continue to live in alternative universe and continue to embarrass US Armed Forces.

Chairman of the Joint Chiefs of Staff Gen. Mark Milley confirmed Thursday that Ukraine has officially launched a major counteroffensive on its 1,500-mile-long front lines in a move to repel Russian forces from its borders. "At the beginning of this month, on or about the first of September, Ukraine launched an offensive in order to seize operational and strategic initiative. That offensive is ongoing," Milley told reporters from Ramstein Air Base, Germany. "That offensive is in its early stages." Milley said it was too early to provide an assessment of how Ukraine is progressing, though reporting this week has suggested that Ukrainian forces made some operational advances in the Kharkiv region in the north as well as the Kherson region in the south.

Evidently, Milley and JCS have a very vague understanding of modern warfare and offensive operations, not to speak of scales, but while Milley was delivering this BS to Rammstein format "conference". Kadyrov people entered Soledar and solidify their hold on it (in Russian). And that is another thing which has to be kept in mind--I am officially now on record--SMO's result is a complete destruction of any remaining reputation of the American ground warfare "school". US is DIRECTLY (together with London) is involved into C4ISR of VSU. Or, as Russian Permanent Representative at UN Nebenzya stated today (in Russian): NATO literally runs the war in Ukraine in manual mode. Considering the fact of the West's (primarily US) "glorious" ground war history, it is not surprising that the only effect American generals can achieve is the one in PR arena. They are desperate for a number of purely "professional" reasons, those reasons being the modern US military history where it lost all of its wars after 1953. With the exception of grand operation in Grenada and turkey shoot in Iraq.

So, what's the real deal, then, in Kharkov oblast? I think we will see similar developments as it was in Kherson with that difference that this time VSU losses will be even more terrifying. Have patience and do not read telegram channels if you really want to follow events as they unfold operationally, and strategically. And pay attention to the increased activity of IPSO assets on all media platforms--it is the only type of warfare the combined West knows how to conduct. The rest? Well, as Andrei Raevsky yesterday astutely pointed out:

First, this how Hollywood and the mainstream media present defense: you stand and fight, and if the enemy overruns your defensive position, you lost. The reality could not be further from this silly notion.For one thing, the USA never fought a real war, nevermind a defensive one.

Couldn't have said better myself. Meanwhile Russian Army reserves are pouring into Kharkov oblast (in Russian) and something tells me that this is just the start of the slaughter of VSU which will make even Kherson "offensive" pale in comparison.