Ah, Olaf Scholz Got The Message.

Do I feel smug at this moment? Come on, I am just human with all my human flaws, can I allow myself  at least a brief moment of feeling good about myself and what I do?

German Chancellor Olaf Scholz said Russian President Vladimir Putin prepared for his war on Ukraine for at least a year before inciting it, and predicted Putin is likely to be able to maintain a drawn-out offensive for a "long time." Scholz made the comments in a Thursday interview with CBS News "Face the Nation" moderator and chief foreign affairs correspondent Margaret Brennan at the NATO summit in Madrid. The war on Ukraine has now dragged on for more than four months, and Russia is using its firepower to make incremental gains. US intelligence estimates that Russia currently holds about 20% of the country, mostly in eastern Ukraine.  "When will Russia no longer have the ability to continue this fight? When will Putin run out of weapons, run out of funds? Or can this continue for years," Brennan asked Scholz.

No one really knows, Scholz replied, but Putin's lengthy planning suggests he's prepared for a sustained war effort. "He has — he is perhaps the leader of a very great country with a lot of people living there, with a lot of means, and he is really doing this brutal war with — and he prepared for it [for] very long," Scholz said. "I think the decision to- to do this war was taken one year before it started or possibly earlier because he prepared for it. And so, he will be able to continue with the war really a long time."

Let me clarify some things here.

1. Olaf Scholz cannot be viewed as a good source of expertise on anything related to warfare, real economy and, especially so, in relation to Russia. He simply has zero qualifications, even when one considers his present post as Germany's Chancellor. What he gets are some reports from a few remaining real professionals in BND and Bundeswehr who told him, I am sure, from the get go, about REAL situation. As the unlucky fate of some Germany's top brass testifies, such as Admiral Shonbach's forced resignation, Scholz was getting more or less reliable forecasting from the very start of SMO. But...

2. Western "elites" are simply incapable to hear "bad news" on anything because most of them are petulant children with the maturity level of high schools teenagers. Enough to take a look at the "levels" of the US State Department or other people from Biden Admin who pretend to run the country. As the result of all that, once the stream of, mostly fake, "news" (a euphemism for propaganda) from Ukraine dried up, reality, including the most important one--on operational and strategic level--began to bite. It hurts, I know.

But recall, that from the inception I warned about a complete delusion about Russia exercised in the West even by people who are supposed to know. Even deeply respected by me as a true, who he is undoubtedly, military professional and, most importantly, thinker is not free from some obvious misconceptions about Russia. Such as Early Warning ABM capabilities. But combined West miscalculated in the most important aspect of Russia--her massive real economic capability which, in turn, drives Russia's huge mobilization, both economic and military, potential. Only now this "message" begins to trickle UP in both Europe and even Washington D.C. I warned about the dangers of this miscalculations since the very inception of this blog and, of course, in here: 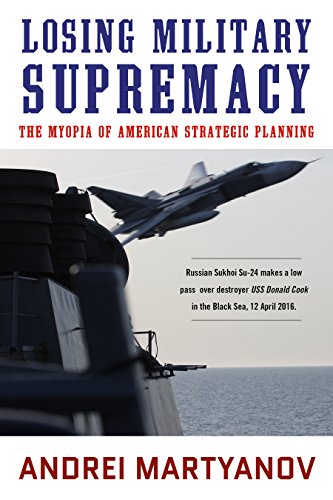 It is worth mentioning, that ANY, I repeat it, any intelligence or military institution in the West is not up to the task of understanding Russia's mobilization potential, which the last 4 months demonstrated perfectly. The FUBAR with delusional thinking regarding West's weapons' deliveries to Ukraine and fantastical thinking of civilian leadership of the West combined with crude and unprofessional propaganda from the US military "experts" demonstrate perfectly how incompetent they are. In the end, I warned, that using the framework of Western "economism" in application to Russia is an exercise in futility, because the same framework doesn't work on West's economy at large either.

Beaten to death cliche ascribed to many people ranging from Churchill to Metternich that "Russia is never as strong as she looks; Russia is never as weak as she looks" is just that--a cliche. In reality, it is just that the West was never really good at understanding of military and economic potential translating into the kinetic action. Let's face it--ALL, without exception, people in the decision making circles in the US know little about the world outside and especially so about Russia--it is a systemic illness of the US body politic as a whole and it is extremely dangerous. I will repeat, again, Russia study field in the combined West and, especially in the US is an academic fraud, populated by pseudo-"academic" shysters with soft Ph.Ds and Russia "expert" community is laughable because of its sheer incompetence, based in low intellectual level.

But, if even Olaf Scholz begins to if not see (I doubt he is that smart) to, at least, articulate some realities which really matter, then it shows a very carefully hidden from the brainwashed Western public, some major tectonic shifts at least in Europe. Europeans, I know some, are waking up to the reality that the US, namely its neocon mafia in charge of the US foreign policy, would like to see Europe burn in continental war against Russia, while the US will seat it out and then, as in WW II, will come in to claim its spoils. Neocons are one trick ponies and utterly militarily incompetent people, but even such a door mat and America's slap bitch as Scholz begins to recognize that it may end really bad for him personally (that's the main concern) and for the country which he and his government so passionately want to finish off as a nation. So, something is afoot and Scholz suddenly beginning to speak as a man who finally had his two-hour briefing on introductory level geopolitics--you know, geography, industries, military and shit like that--is a good indicator of this. So, in this case, it is a positive development.

Ukraine’s forces have received less training over the recent weeks, which impacts their capacity to operate some advanced weapons systems, magazine Foreign Policy (FP) reported on Friday, citing sources. Since the launch of Russia's military offensive in the neighboring country in late February, Ukraine has been constantly asking its Western partners to provide them with more heavy weapons and to do so as quickly as possible. However, as a senior US defense official told FP, “the drumbeat of faster, faster, faster” does not always work well because “the Ukrainians needed to have the training to be able to effectively use these systems.” Meanwhile, the Ukrainian officials cited by the FP, complained on the one hand about the “too slow” pace of Western aid but, on the other hand, admitted that “beyond training for the HIMARS (High Mobility Artillery Rocket Systems) and Western artillery, military training for their troops has dipped in recent weeks, leaving them unable to operate more advanced systems.”

Well, no shit geniuses. Main explanation (among few others) is the fact that VSU losses are catastrophic and most capable and smartest have been simply killed. It is a Volkssturm phase for 404, and it is accelerating as I type this. But you see, if those who matter would have been learning in their respective programs something of value and really tried, they wouldn't have to deal with this severe cognitive dissonance and they would have chosen a much more constructive and realistic approach to Russia and we all wouldn't be witnessing what we witness today, not to mention listening (reading) to old fool Kissinger's definitions of victory or loss for Russia. How this artifact is still around and is taken seriously by anyone is a complete mystery to me, but then again--at this stage the West needs to "arrange" face saving measures and not get involved with nuclear exchange with Russia as many neocons want.