As someone on our discussion boards noticed, beautifully: Russia and China do not stand shoulder to shoulder, but back to back. Very succinct. That is why I am always standoffish in regards to Russian-Chinese cooperation in some (by far not all) spheres. While China and Russia are de facto military allies, economically--they are competitors. And here is what Yuri Borisov confirmed a week ago:

ALEKSIN / Tula region /, June 29. /TASS/. Russia is reducing its participation in the project to create a long-range wide-body aircraft CR929 jointly with China, Deputy Prime Minister Yury Borisov said at the plenary session of the Future Engineers forum. “We are working with China on this project, which, in principle, is not going in the direction that suits us. China, as it becomes an industrial giant, is less and less interested in our services, we have our design bureau, we have vast experience in TsAGI ( Central Aerohydrodynamic Institute - TASS note).<...> But the Chinese have more needs than we have today. Our participation is decreasing and decreasing. I don't want to predict the future of this project - will we leave it or not , but for now it is actually on its way," Borisov said.

So, what could this "direction" be which "doesn't suit" Russia. Let me speculate a bit, or, hell with it, go on a limb here and I wrote about it for a long time. I think the issue here is engine, namely PD-35 which is in works and was supposed to be installed on CR-929. China depends on foreign engines when it comes to commercial aviation and this tradition will not change because, as with nuclear submarines, Chinese technology in this respect lags and lags significantly behind the West and Russia. Stating concerns with sanctions China, and here I begin to speculate, most likely wanted technologies for PD-35 "appropriated" as in "indigenous" Chinese engine. This is not the "gift" Russia is willing to give to China. And rightly so. Modern jet engine technologies are one of the most advanced and sensitive technologies anywhere.

It is inconceivable for Pratt and Whitney or Rolls Royce, or GE to simply "share" with China, even at the peak of West-Chinese cooperation in 2000s and 2010s with their engine technologies. As I already stated not for once--China lags here. Why she lags--it is a whole other issue altogether. Creating competitive commercial aircraft with own indigenous engine is a hell of undertaking and if China, including through cooperation with Ukraine at some point, wants to take this road alone, sure. But it has to be clearly stated that at this very moment China doesn't have competitive engine for both Comac 919 (which was planned to be "motorized" by LEAP-1) and, especially, CR 929.

Here is the thing which has to be considered:

There is a solution for China and Comac; the Aviation Industry Corporation of China (ACAE) has been developing their own engine, expressly designed for the C919 aircraft. The ACAE CJ-1000A has performance similar to the CFM LEAP-1C and PW1000G, but to China it is a native engine, built domestically. The CJ-1000A was unveiled in 2012, and has been in testing ever since. However, this engine might not be ready for service until 2030.

Pay attention to date. So, by all measure Chinese expect at least 18 years developing such an engine. As of today no serial produced competitive indigenous engine is available for Chinese commercial aviation. Consider a development cycle for PD-14 whose first run was in 2014 (concept of engine was presented in 2009) and it is now in serial production since 2021. Make your own conclusions. China's achievements in economy, some technologies, science etc. are very impressive and demand admiration and appreciation. But there are few specific and crucial fields in which China still lags greatly behind the West and Russia. Commercial aviation is one such field. There is a hefty number of other industries. But Borisov's statement is a good indication of Russia's full intent to remain one of the leading nations in design and engineering of a very high end technology and Russia is not going to make "presents" in this respect to anyone. Especially, recalling how China (and not only China) was transporting plane loads of technical documentation from Russia and Ukraine on latest Soviet commercial and military technologies. In the end, Russia has a ready and wonderful platform of IL-96 to be re-motorized on PD-35 and no one is better a marketing "director" for this than Vladimir Putin himself. 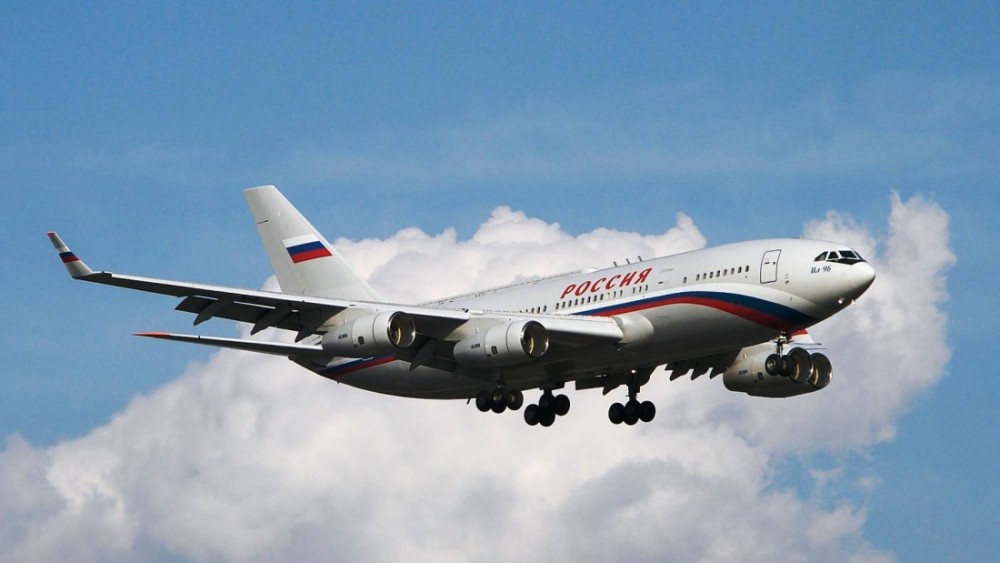 This is a primer for today.
Posted by smoothiex12 at 3:18 PM