Thinking About The Same.

Larry debunks yet another BS from WaPo regarding losses:

Denial ain’t a river in Egypt (i.e. The Nile, lame humor), but it is flowing at flood stage in Ukraine. Apparently the Washington Post reporter writing this fairy tale (published today, Saturday) did not get the news that the Russians now occupy Lysychansk and the Ukrainian troops are fleeing the area as fast as they can (hoping not to meet Russian artillery rounds). I want to focus specifically on the bogus claim that Russia is suffering just as many casualties as Ukraine. Here is a recent video of a Ukrainian unit–the 43rd Infantry Battalion–laying down their arms and being accused of desertion...  I challenge any western military toady to show a comparable video of Russian troops giving up. Good luck. It does not exist. Instead, you will find those rowdy Chechens celebrating liberating Lysychansk (with an Allah u Akbar tossed in for good measure).

We all know that no Western media outlet will accept this challenge. As I stressed in my last video--to work in Western establishment media one has to a) either make a deal with own consciousness b) be a complete psychopath ready to lie non-stop. I admit the existence of the third type--a completely sublime idiots who believe in this "freedom of speech" BS, but for the most one has to be a damaged human being to accept job at WaPo, NYT or BBC.

Our very own Larch also makes some excellent points today precisely on this issue:

If a hundred thousand are 200s and three hundred thousand are 300s wounded, surrendered or captured, it doesn't matter much. There are hundreds of thousands of bodies available to force into service. Training for Ukies is 2-4 weeks, all important weapons systems seem to be manned by mercs, NATO advisers and PMC contractors. The Ukie tactics now are: stay in prepared defenses until they are breeched and overrun, retreat to civilian infrastructure, use human shields, fight until you have no ammo, run to the next location, second or third echelon. You'll get more ammo, some food and water, repeat until you are dead. Of course there are catastrophic losses. The US designed defenses haven't worked in a war since before WWI. They require a suicidal human frontal assault from the Russians to produce winning results. The Russians' frontal assault comes in the mode of artillery and missile strikes. They have recently added a helicopter and armed drone-based rocket, Project 305, LMAR. Helos can stand off 10-20 kilometers and blowup any target. Russians have been using these in night raids. So, the Ukies get hit 24/7. No trench, house, or armored vehicle is safe. The technology of the rocket makes it devastatingly deadly.

We all know by now that BS about "Russia sustaining huge losses" was prepared well before SMO and this narrative was "shaped" including by the US military "experts" such as Petraeus and Keane, plus other neocon losers who lost every single war in their lives but for some reason pass for "experts" on Russia which no one of them is. You get what you paid for. Real professionals knew that the thing was over once VSU was pinned down in defensive positions and was largely denied any kind of operational mobility. The "reinforcements" were gladly welcomed into what is called in Russian Fire Sack (Огневой Мешок) which is a perfect arrangement for killing the enemy which has a severely limited mobility.

While great Western military "minds" were trying to come up with yet another fairy tale of how Russia loses to VSU, which, for all intents and purposes, doesn't exist as a competent army anymore, even Yahoo News dimwits started to notice that:

On May 28 in Arctic waters not far from Finland and Norway, Russia’s Northern Fleet blasted a missile from a frigate in the Barents Sea that was no ordinary projectile. According to Tass, the Russian news agency, the test of the Tsirkon hypersonic missile, believed to be capable of traveling nine times the speed of sound, was a success, hitting a target 625 miles away in the White Sea. The May 28 test of the hypersonic missiles, which were designed to evade air defense systems, was the 14th conducted by Russia in the previous five months and hypersonic weapons are increasingly seen as a possible threat to the U.S. and NATO. “You have failed to contain Russia,” Russian President Vladimir Putin said when he first announced his plans for the hypersonic arsenal in 2018.

The piece has a pretentious title: Will the race to develop hypersonic weapons spark the next global arms race? You know what, I don't have to contain myself within the framework of basic politeness and decorum, so here it is. Most those "journos" are retards capable of re-narrating, on the level of high school or student newspaper, things which are beyond their comprehension and this title is a full proof of that. The hypersonic "arms race" has been "sparked" in 1960s with USSR developing a line of supersonic anti-shipping missiles, which went from M=1.3 in such systems as early ASMs P-6/35 to M=2.5 in P-700 and P-800 Onix and then with a very high supersonic ASMs air-launched X-31 and M=4.2+ X-32. I am on record, this "arms race" is a complex thing because while the US already lost it, it is also nowhere near the second, crucial, component of it--Anti-hypersonic weapons. US Air Defense is not even in the same league as S-400, let alone S-500, S-300V4 and S-550, let alone A-235 Nudol.

But, of course, there would be no good reason to pen this BS article if British and French "experts", such as this boy from Chatham House--a proud bearer of a tradition of intellectual, academic and human degeneracy of British and French "elites"--wouldn't try to commence the therapeutic session. The name of the boy is Mathieu Boulègue. 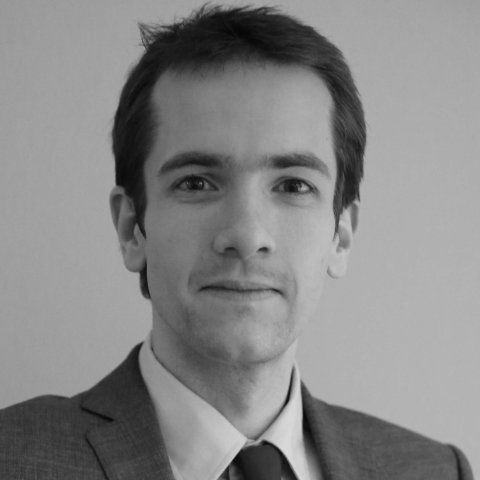 A typical product of Bologna Process and carrier of fake soft degrees in nothing, with zero affiliation with any military matters. But he surely is a sore loser.

But while many are worried about Russia’s hypersonic weapons, Mathieu Boulègue, senior research fellow for the Russia and Eurasia Program at Chatham House, isn’t one of them. “Russia doesn’t really have working hypersonic systems,” he told Yahoo News. “I’ll be worried when Russia has a standing force of heavily deployed hypersonic systems that can actually create strategic effects in a standoff against the West. But right now, it’s just tests” of what he calls “asymmetric enablers.” Ten or 20 years down the road, “hypersonics could be a game-changer. But it’s still very early.”

The boy, obviously, lacks basic facts on the physics of hypersonics and has zero understanding of technological issues pertaining hypersonic development, but then again, he is an Exhibit A of why combined West is in a deep shit and cannot win a war against people with AK-47s and RPGs. Why the West needs enemies when it has such "experts". I have a news for him--political science IS NOT a valid academic field. Especially in terms of defense technologies which require serious STEM degrees and good understanding of the tactical, operational and strategic issues related to modern warfare--a body of knowledge which, now it can be stated with confidence, Western "elite" doesn't have. Not to mention the fact that the boy wouldn't last a year in serious military academy or STEM institution in Russia. Too hard. Here is another real professional talking about UK which is "irrelevant" as a military force, as is France, in modern world.

So, when some ignoramus from a clownish "think-tank" wants to wax warfareish, he better choose a field of study which is not a fraud, as most of political "science", "conflict studies" and "foreign relations" in the West are today. MacGregor is spot on, defining UK's and, by default, Europe's place in today's world.
Posted by smoothiex12 at 8:51 PM