How to Troll Professionally and Mercilessly. ))

Talk about being merciless by Russians.

Well, watch it to the very end, LOL. True? Yes. Cruel? Absolutely, but that is the point. And if this Russian trolling is largely funny. This trolling, from the former President of Russia may create additional panic in Kiev. Dmitry Medvedev in his TG-channel demonstrated two pictures. 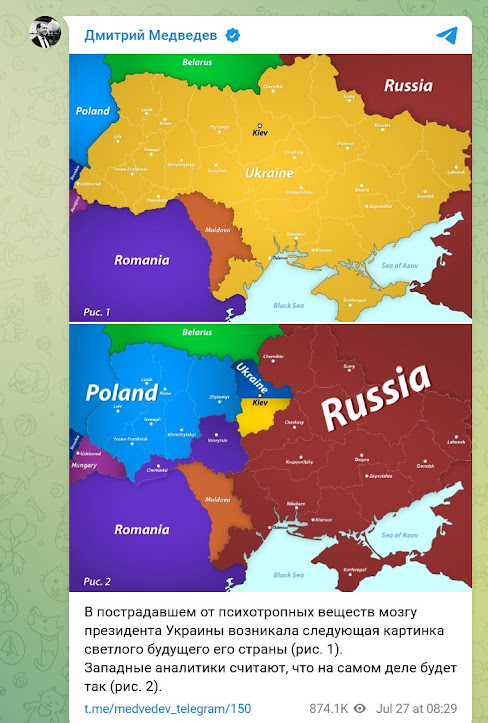 His commentary reads: in the damaged by psychotropics brain of Ukraine's President the next picture of a bright future of his country appeared (picture 1). Western analysts think, that reality will be what is in picture 2. I think Medvedev has a point. After all, he is deputy secretary of Russia's Security Council. I think he knows a thing or two.

In related news: PolitWera, Larry and me had a good discussion: it is both in Russian and English and you will have no difficulty understanding 100% of its content.

So, enjoy, if you will. At least Larry speaks proper English)).
Posted by smoothiex12 at 2:19 PM