You all know my attitude towards Western "analytics" in both military and economy, I make it patently clear all the time. Here is another case of Duh!

Amid an exodus of Western European and U.S. companies from Russia, Chinese businesses are seeking to take their place, Bloomberg reported this week, citing unnamed sources in the know.  It was only a matter of time, really. Nature abhors a vacuum, and so does business. Chinese business, in addition to this, is quite pragmatic, unlike its Western counterparts and competitors. So, once BP, Shell, and pretty much everyone but French TotalEnergies left Russia in the wake of the Ukraine crisis, Chinese energy firms owned by the government started considering moving in.

I spoke about this today too. Sadly, it seems MacDonald's decided to reverse its earlier decision to move out of Russia and Russians are now stuck with this obesity-inducing institution. But there is a logic in MacDonald's decision--move out of Russia, scores of others are already waiting in the wings to take your place. Both Russian and international. Only people who haven't been to Russia or know literally nothing about her--primarily Western journos and "intelligence" community--they should understand that neither China, nor Turkey, not India are letting this huge lucrative market to slip through their hands. Moreover, China, while leading the world in some civil technologies, is staying with Russia to also "harvest" some other Russian technologies, including extraction and aerospace among many others, where Russia leads the world.

And then, of course, there is energy, agriculture, tourism (enter Turkey) and some major civil construction projects. Most Westerners still cannot grasp that the edifice of Western "prosperity" has disintegrated, and that the combined West long ago stopped being this "It" thing in most fields. As the example of France shows, some begin to grasp it. Here is some news (I spoke about it today) from Germany:

DUESSELDORF, March 10 (Reuters) - A spike in electricity prices has forced small German steelmaker Lech-Stahlwerke to halt production at its plant in Bavaria, the German state's only steel works, a company spokesperson said on Thursday. "We are shutting down production on a daily basis," the spokesperson said, adding that power price developments would be closely watched to make short-term adjustments. "Production is not economically viable."

Well, this is just the start. I have a "secret" to divulge--most of Europe's economy is not economically viable, because it is unsustainable in general and Russia DOES NOT depend on EU anymore. Especially with many others gladly trading with Russia, while the combined West literally goes to hell with increasing speed. Even my beloved Pink Floyd (great musicians, ignorant politicians) decided

Pink Floyd guitarist David Gilmour announced that all of his solo music, as well as all of the progressive rock band’s pre-1987 catalog, will be pulled from streaming services in Russia and Belarus on Friday over the conflict in Ukraine. “To stand with the world in strongly condemning Russia’s invasion of Ukraine, the works of Pink Floyd, from 1987 onwards, and all of David Gilmour’s solo recordings are being removed from all digital music providers in Russia and Belarus from today,” said a statement posted on the band’s Twitter account. The US and most of its allies have denounced the Russian offensive, enacting widespread economic sanctions against Russia. Many international organizations and private businesses followed suit, banning Russian athletes, canceling cultural events and ceasing cooperation.

It is always regrettable when people of art get involved in politics while having zero background in politics related fields, but Pink Floyd were first, while I hoped to see U2 relieving Russia of their over-hyped and grossly overrated music. Well, what can I say, there is nothing more ironic than multi-millionaires (I believe Pink Floyd's catalogue is worth many billions) trying to be righteous. What combined West doesn't get yet is that it is over for it. No, make no mistake, financial markets will continue to function, stocks will trade, somebody will even make some small fortunes playing with currency, but one fact remains unchanged--Europe will (it is already in progress) lose its manufacturing industries due to competition and high energy costs and this is not changing. The Brave New World is upon us and those in the West who didn't understand it will feel it soon or, as this hapless steel company from Germany found out--you cannot cheat nature and laws of physics. You simply can not, no matter how you try.

I begin to wonder why this Boris Rozhin posts this amateur BS on his site, but then again, I am on record--the guy who promoted mentally unstable Girkin (Strelkov) and never served a day as a cadre officer (in fact, he never served at all), guess from three times why I never defer to him or his resource. But on the subject matter of article--this "professor" of security studies better learn the actual situation on the ground in 404 and stop applying irrelevant lessons from the 20th century. Not to mention the main fact of Russia having no intentions of occupying Ukraine, not to mention the fact of inevitable formation of militias in liberated areas which will deal with counter-insurgency primarily. But that is just a side note. But in the end, have a nice weekend and partake in a lighter side of war: 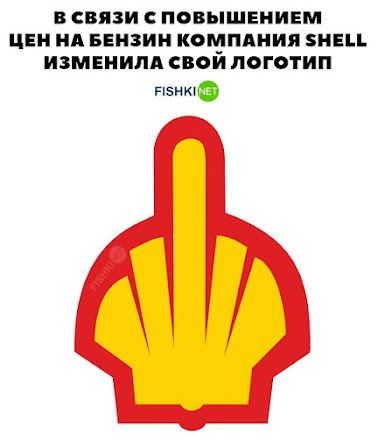 No need to know Russian. There is a lot of really good stuff being posted nowadays on this issue. Enjoy while you can, Orwellian reality is upon us.