I wrote about it in my second book, about "elites" who are lying because they are ignorant and some of them lying because they are afraid to let the truth out. Here is a clown from California admitting (at the start of his interview) that what they hear at "secret briefings" is that President Ze is done. You can listen to this verbal diarrhea here:

But if they know that 404 is done, why what we hear everywhere is that Russia is about to collapse and is losing there? It is a cognitive dissonance of sorts. The question is not just warranted, it is inevitable. Yes, this is called lying and that is what they do.

I am on record on the issue of the American "elites" being very sensitive to exposing own weakness and crudeness, which are their defining characteristics, they talked themselves up so much that they are absolutely at loss when they have to admit own failures, which are numerous and massive in scope. Issa, with his vitriol is classic case of a thug (read his bio) who is desperate. Not to be outdone is yet another dude with "economics" degree, now from The American Conservative. He is in a full cognitive dissonance and goes fully psychotic because of that.

With an economy smaller than the state of Texas, Russia has built strategic weapons superior to many in the American arsenal. These include land as well as submarine-launched hypersonic weapons that can carry nuclear missiles past any American defense, as well as the world’s best air defense system, the S-500. The October 4, 2021, test of Russia’s submarine-launched “Zircon” hypersonic missile was the first-ever underwater firing of a low-altitude weapon that flies at nine times the speed of sound, according to Russian claims. A Russian sub lurking a hundred miles off the American coast could nuke Washington in a flat minute.

Then he continues to lament:

A day later Russia test-launched its S-500 air defense system, designed to destroy aircraft and missiles in a 600-kilometer radius, including targets in close space. And last December, Russia claimed to have tested the S-550 upgrade, which allegedly can destroy ICBMs as well as satellites. Russia has sold the earlier S-400 system to India, China, and Turkey; India may be the first foreign customer for an S-500.

For Goldman (read his bio), countries with the economies "smaller than that of the state of Texas" do not produce what he just described. In fact, Texas on its own, unplugged from the larger economy of the United States, will decline into the third world economy extremely fast and even AS a part of the US will have it economic bottom falling off when trying to R&D and mass produce any weapon system listed by the author. Texas is a wonderful state with good people, but its economy will implode if it tries to build a single SSBN of Borey-class or Air Force such as that of Russia. I will omit here present US education which IS that of the third world and Mr. Goldman, as well as Mr. Issa or any other product of "economic" and "humanities" programs demonstrate fully by parading their ignorance. With "elites" like that the US has no future.

In related news, Sergei Ryabkov went on record today when warned that Russia will destroy any convoys delivering weapons from NATO countries and that the game changed, Russia is changing her original demands on security and they will be modified (in Russian). The year of 1997 and European security configuration, as in good old Windows with Restore Point. You just roll back changes to a previous state with the Restore Point in this particular case being 1997.  Macron already declared new sanctions on Russia. Poor-poor dear, he wants to feel important. In related news, Russian tanks are already deep in Mariupol. 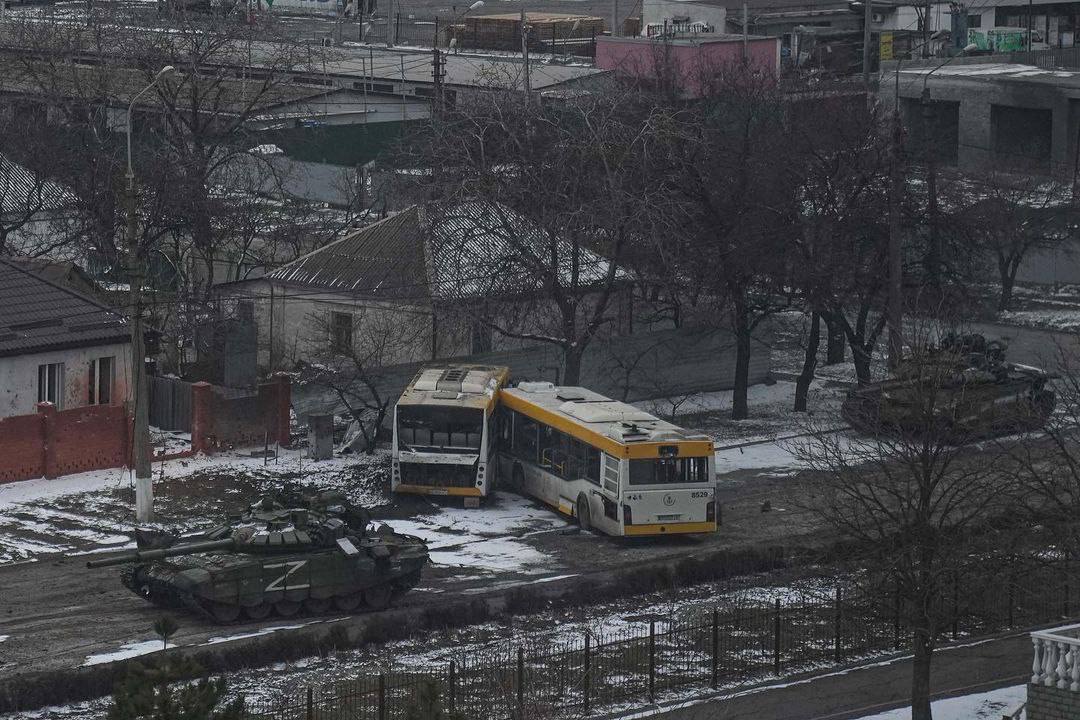 And we all know what that means. Neonazi SOBs from Azov are trying to escape through humanitarian corridors but many are caught and already have Russian (LDNR) security services working with them. I cannot wait for War Crimes Tribunal to start working. As Ryabkov stated, the big reformatting is taking place and it is global in nature. Russians are very open about it, this war is not with 404, it is the war against US proxy in 404 and the scale and scope of it is unprecedented. That is why Russia already opened criminal investigation (Article 280 of Russia's Criminal Code) against Meta and US Embassy received a Note from Russian Foreign Ministry (in Russian). There will be criminal charges leveled against a number of big honchos and that is why you can hear now appeals of excluding Russia from Interpol. Boy, those people are stupid. Here is your weekend primer.
Posted by smoothiex12 at 9:43 AM