No, I mean it. A reporter for The Telegraph Alan Tovey wrote today a piece which we will review below, but it was this journalist's name which attracted my attention immediately. Could it be a coincidence? Here is why it struck me, because name Tovey is a huge name in the world's naval history. I am talking, of course, about Admiral John Tovey. Whatever the coincidence or, possibly, blood relations, Alan Tovey wrote an interesting piece. Tovey reports:

Britain should double the size of the Royal Navy to boost its shipbuilding industry, a prominent Conservative MP has said. Tobias Ellwood, the chairman of the defence select committee, said the UK did not require many complex and expensive warships, but should build a greater number of low-end ships – both for its own Navy and for exporting. He said: “The big question is: what is the threat we are facing and how do we design our defence posture accordingly? The threat we prepare for – high-risk maritime events that require top-notch vessels – is a low probability. We need a force presence to fly the flag and the ability to call in back-up.”

I don't know exactly why there is a degree of prejudice towards "low-end ships" in both Royal and the US navies, but truth is, the time of the "visual" navies are long gone and if history ever teaches us anything it is the fact that large platforms go only so far in carrying out a variety of naval tasks among which bombing the shit out of defenseless nations and launching TLAMs are just a s mall share of increasingly complex and deadly naval (multi-domain, damn, I used Pentagonese) warfare. Recall CG 59 USS Princeton of Ticonderoga-class and the events of 18 February 1991. I quote from WiKi.

On the morning of 18 February 1991, during Operation Desert Storm, Princeton was patrolling 28 nautical miles (52 km) off Failaka Island in the Persian Gulf, on the west side of the decoy United States Marine Corps and naval invasion forces afloat. At exactly 7:15 AM local time two Italian-made MN103 Manta bottom-mounted influence mines detonated, one just under the port rudder and the other just forward of the starboard bow, the second explosion most likely being a sympathetic detonation caused by the first. The blasts cracked the superstructure, buckled three lines in the hull, jammed the port rudder, flooded the #3 switchboard room through chilled water pipe cracks, and damaged the starboard propeller shaft. Three crewmembers were injured, one seriously. Despite the severe damage, the forward weapons and the AEGIS combat system were back online within 15 minutes.

At great peril, the Canadian destroyer HMCS Athabaskan moved north through the minefield to deliver damage-control supplies to the severely damaged Princeton, which remained on station for 31 hours until she was relieved. Princeton's commanding officer, Captain Edward Hontz, specifically requested the assistance of Athabaskan despite the latter not originally assigned to the area. Unlike most ships of her size, Athabaskan could simultaneously operate two large CH-124 Sea King helicopters, which could search out mines for long periods. As a gesture of solidarity, Athabaskan winched over several cases of beer for the crew of Princeton, since United States Navy vessels were dry.[1]

Princeton, which suffered from a locked starboard propeller shaft and a locked port rudder, was guided through the minefield by the minesweeper Adroit. Temporary repairs were conducted first in Bahrain, and then in the port of Jebel Ali near Dubai by the duty destroyer tender Acadia, and finally in a Dubai drydock. After eight weeks, Princeton returned to the United States under the ship's power for additional repairs. The ship and her crew were awarded the Combat Action Ribbon.

You see, how those quirky Canadians came in handy, not to mention mine-sweepers and other "low-end" tech which effectively saved Princeton. Yes, all those inglorious boring tasks of ASW, mine-sweeping, anti-diversionary operations, scouting, oh boy, you name it. But as I said it many times, ships are just platforms, and it matters HOW effective they are in what they do, not how they look like. Of course, I smile at Britain's statements about becoming a "shipbuilding superpower", but truth is, even in the hypothetical fanboys' scenarios such as "who is better", I wouldn't even allow any of my squadron's assets near anyone's littoral before having couple of these guys doing their "unglamorous" thing: 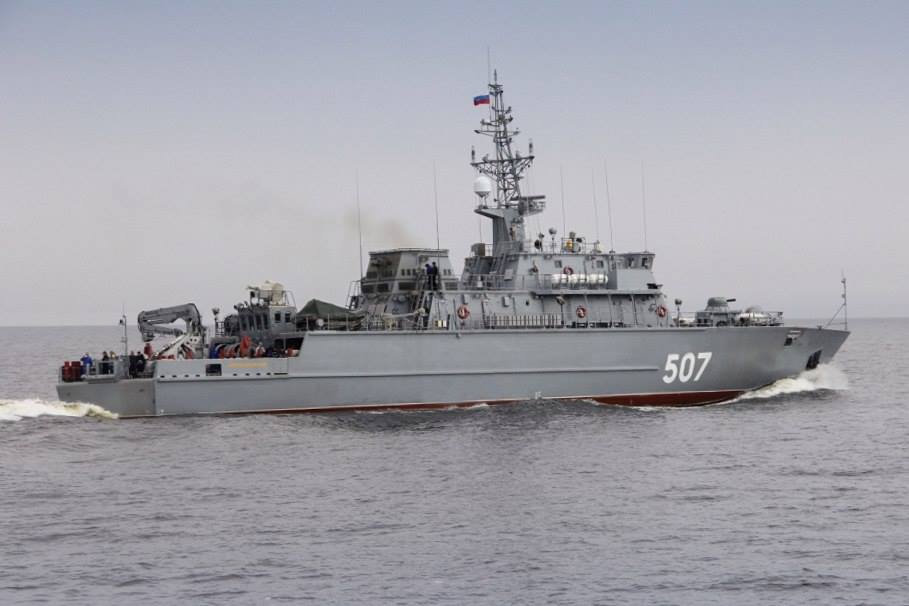 Not to mention the fact that in the missile exchange scenario between this $4 billion monstrosity: 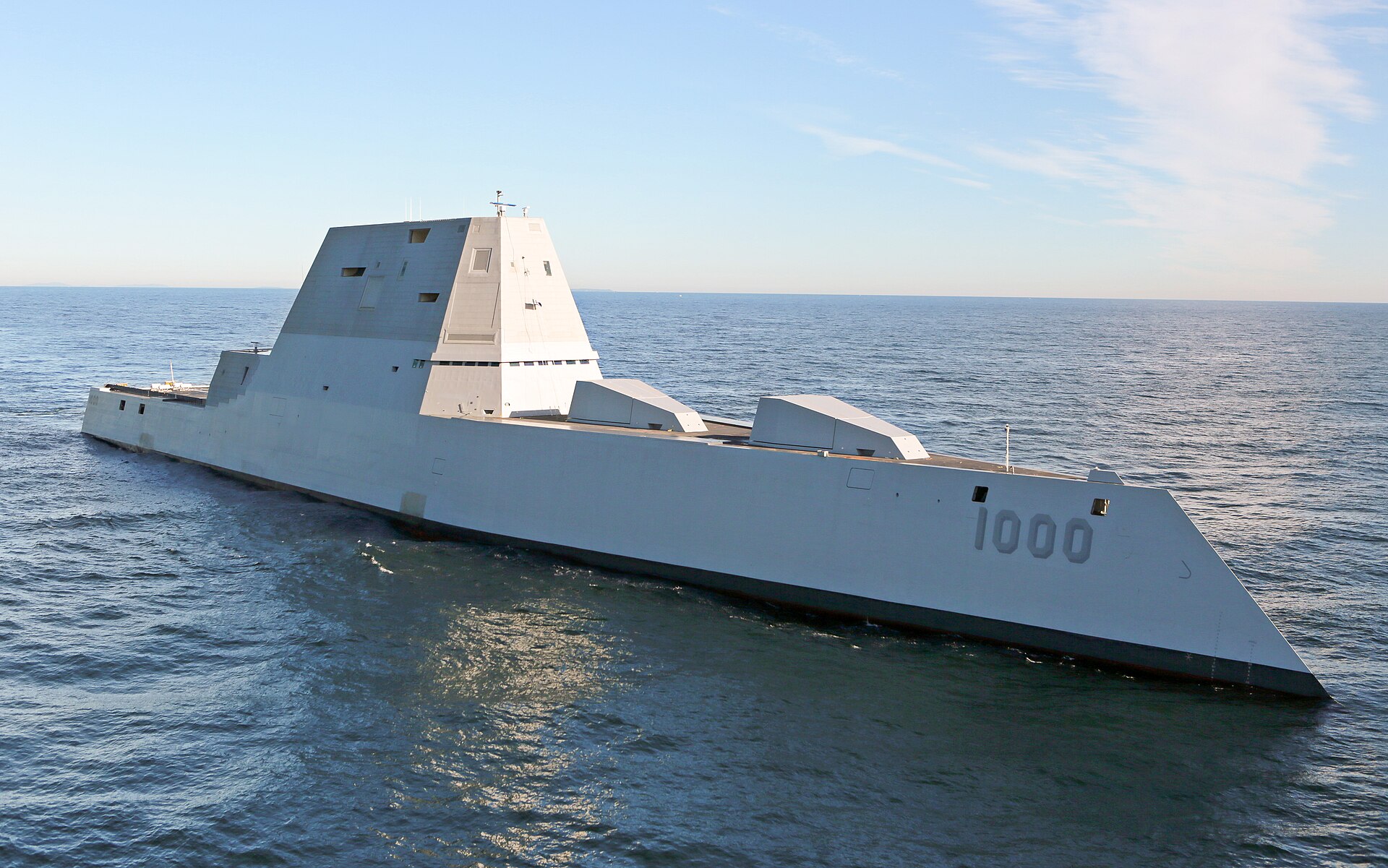 And this "low-end", which is more than 10 times less expensive 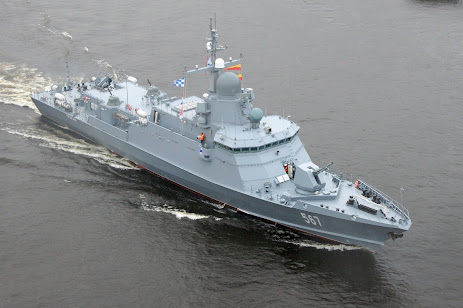 Guess which one will come out on top. Do you need a hint?

I totally get UK's phantom pains from once great, now gone, empire and a glorious naval history but in terms of "low-end" let me remind desperate British one little low-end ship which bathed itself in glory and her ungainly appearance could never eclipse the fact of its excellent crew and skill, together with ability to do what's needed when it was needed to be done. HMS Petard (G56).

Petard had the distinction of sinking a submarine from each of the three Axis navies: the German U-559, the Italian Uarsciek and the Japanese I-27.  Members of the ship's crew recovered from U-559 a new, four-wheel Enigma cypher machine and the books to go with it, albeit at the cost of the lives of her First Lieutenant and an Able Seaman, both of whom were drowned when the U-boat they were searching sank with them inside.

Not bad, not bad for mere 1700 tons of displacement. I guess it is what you can do which matters in the end of the day, and there is nothing "low-end" about it.