When Even Douglas Macgregor Is Wrong Sometimes.

I have a profound respect for Colonel Douglas Macgregor, whom I count as one of the diamonds in a cesspool of US "elites", but even this exemplary American officer has his flaws. We all do. Yesterday Macgregor published a piece in The American Conservative which opens with a broadside.

Putin’s Turkish Nightmare. The revived geopolitical rivalry between Russia and Turkey spells trouble for Putin and his allies.

Here, we need to clarify some things immediately, because there is NO "rivalry" between Russia and Turkey for a simple reason that two countries are in a completely different leagues across the whole spectrum of nations' activities ranging from the economy, to military to science to what have you. The United States and Russia are rivals, China and the United States are rivals, France and Germany are latent rivals. Turkey and Russia are not, not even close. Turkey is a regional power with its own set of objectives, grossly embellished by Erdogans' personal ambitions and delusions but to be a rival to someone one needs to have an appropriate geopolitical weight.

Here is a recent (warning: it is Bloomberg) review of Turkey's economy and here is how it is being assessed by Turks themselves, and keep in mind that the actual "growth" is not a rebound after Covid:

Gross domestic product rose 7% from a year earlier and 1.7% from the fourth quarter. The median of 22 forecasts in a Bloomberg survey was for 6.3% growth compared to the same period in 2020. ...There is an “exchange rate illusion” in Turkey’s economic growth data, said Enver Erkan, chief economist at Istanbul-based Tera Yatirim. GDP per capita in U.S. dollar terms has dropped nearly 40% since 2013 to around $7,700 last year, making Turkey’s economic model unsustainable as the growth is mainly driven by government spending and efforts to boost lending, he said. The government encouraged banks to ramp up loans to help businesses and consumers ride out last year’s Covid-19 crisis. The credit boom was coupled with a front-loaded easing cycle. That growth push weakened the currency by 20% last year and kept headline inflation in double digits. The currency lost a further 10% against the dollar in the first quarter, particularly after President Recep Tayyip Erdogan fired the central bank’s hawkish governor Naci Agbal in March. The decision to fire Agbal, who had sought to restore the central bank’s credibility, set off a swift reversal of investor enthusiasm, sending Turkish markets into a nosedive. 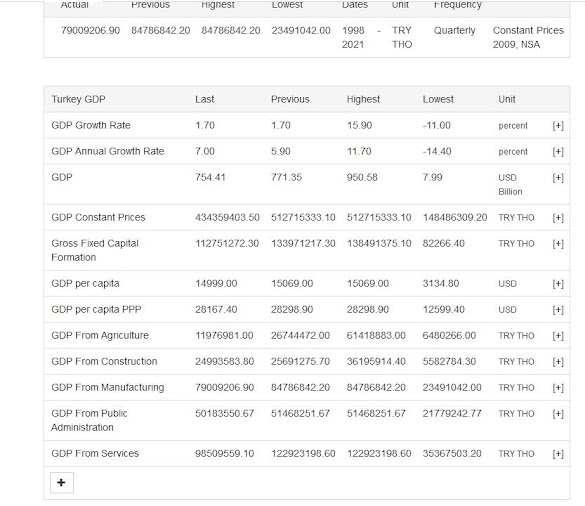 And when it comes to "developing" it means only one thing--either heavy licensing in what constitutes the foundation of military-industrial capacity or tier 2 and lower participation on joint projects without technology transfer. Such as F-35 in which Turkey participated as a wing and engine parts manufacturer.  In other words, even when one sees graceful Milgem-class frigates--an indigenous Turkish combat ship, one has to remember that much of these ships innards are not of Turkish origin. 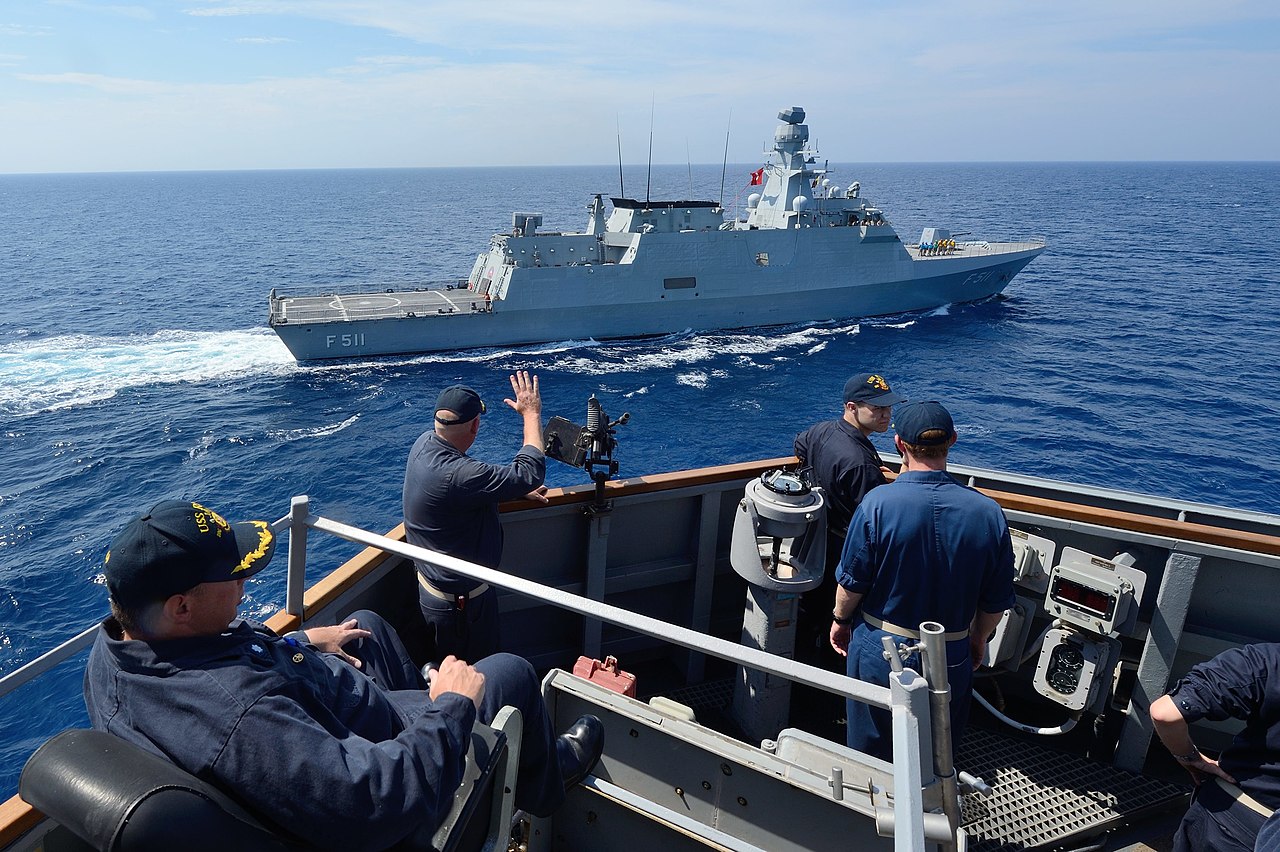 And this is here where Macgregor begins to lose the plot. He states that:

Ankara’s successful intervention to support Azerbaijan’s seizure of Nagorno-Karabakh from Armenian control has worsened the relationship. Armenia’s humiliation may shake the resolve of others allied with Moscow.

Here is where he makes a huge mistake:

1. Starting with Turkey. Turks, as all people of the region, have a propensity for exaggeration of own significance and successes. Turkey was fast to assign the credit for Azerbaijan's success in Nagornyi Karabakh to itself, especially pressing grossly overrated Turkish UAVs' capabilities. In reality, while representatives of Turkish General Staff were present at a planning and execution stage of Azerbaijan's operations, a decisive factor in Azeri success were not Turkish UAVs but Azerbaijan's overwhelming advantage over Armenian forces there in terms of MLRS and artillery, ranging from a devastating Smerch 9A52 systems to good ol' self-propelled guns. This, combined with a decade long training of Azerbaijan's Army specifically for this operation and a flow (worth $4 billion) of advanced Russian weapons, including T-90 tanks, S-300 PMU2 air defense and all kinds of infantry weapons, assured Azerbaijan's success.

2. Russia from the git go took a deliberate stand-off position on this matter and I will not delve into the list of all reasons for that, but this position was well calculated and, in the long run, served Russia's strategic interests against the background of crumbling Russian-Armenian relations. In other words--Russia tacitly allowed Azerbaijan to take what Azerbaijan counts as it's rightfully own. Needless to say, that President Putin was and remains a very good friend of Aliev's family (including both human and professional closeness with late Geydar Aliev) and has excellent relations with Ilham Aliev. This IS NOT the case with Armenia's leadership and especially Armenian diaspora.

In other words, Russia doesn't see much danger from Turkey having presence in the region and what are the limits of this presence, I am sure, Putin and Ilham Aliev had a very constructive discussion on this issue. Needless to say, that for all assistance from Sunni Turkey, Azerbaijanis are Shiites and overwhelming majority of them lives in...Iran, in three provinces symptomatically named...Azerbaijan. Iran has an immense influence in Azerbaijan's politics and economy and this factor cannot be discounted against the background of Turkish-Azerbaijani cooperation. In other words--it is much more complex than the black and white picture Macgregor draws and there was NO shaking of faith in regards to Nagorny Karabakh, which, incidentally, is not even recognized by Armenia proper.

BEIRUT, LEBANON (9:30 P.M.) – The Syrian Arab Army (SAA) has shot down another Turkish military drone over the Idlib countryside, marking the tenth time in 72 hours that they have downed one of Turkey’s unmanned aerial vehicles (UAV). According to the Syrian Arab News Agency (SANA), the Turkish drone was identified as an Anka; it was shot down by the Syrian air defenses this evening. 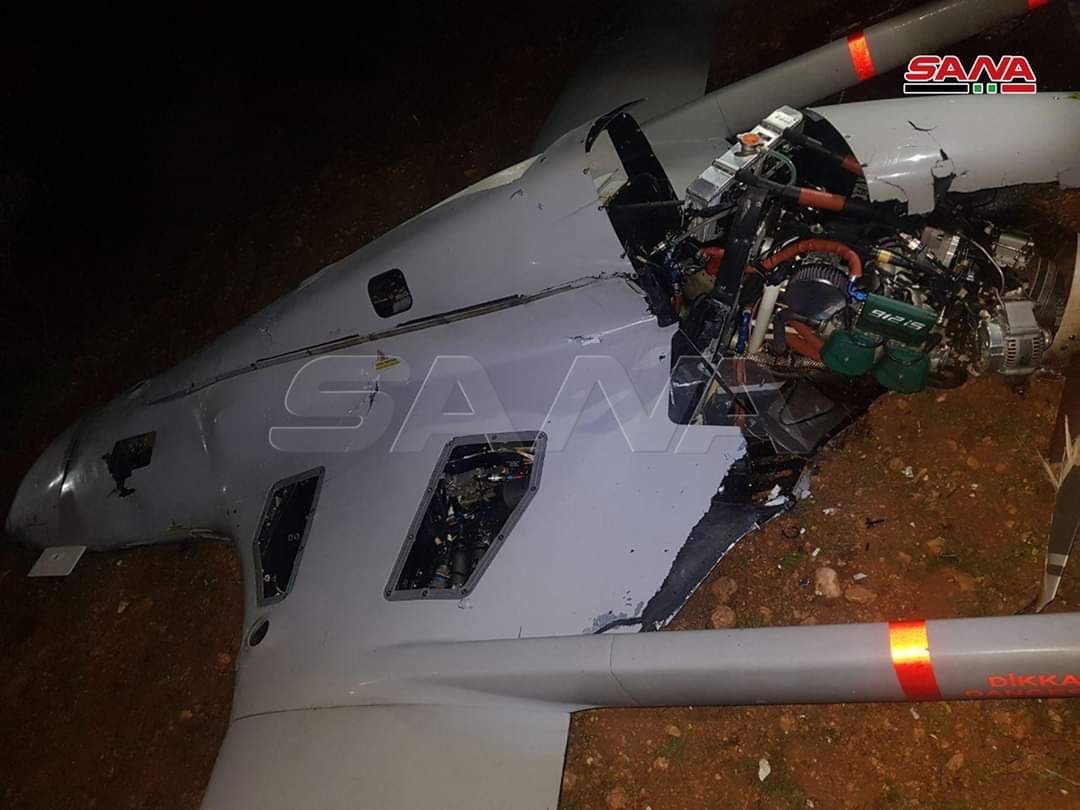 Here is one of the vaunted Bayraktars. Russians themselves have no compaction about bombing the shit out of Turkey's supported anti-Assad formations and, in this respect, with Russia settling in Syria for a very long haul and Assad winning latest elections in Syria, well, too bad for Turkey because, in the end, Russia can always do the tomato and tourist trick and nothing Erdogan can do about it. Putin knows who Erdogan is. So, Macgregor's conclusion, while I understand where he is coming from, that:

If Biden were to ask Putin where the next Sunni Islamist Caliphate will arise, Putin would likely tell him: “Mr. President, it’s already here. It’s called Turkey, my nightmare.”

Is a bit too simplistic and Turkey for Russia is not a rival but possible minor spoiler, not to mention the fact that grandiose aspirations by Turkey usually (historically) have been cut down by the reality of military-political balance in the region which seldom favored Turks no matter what they tried. So aspirations of Erdogan, as Macgregor points out:

According to Erdogan’s critics, Erdogan’s strategic vision for the Turkish nation is to be recognized on the world stage as a global power. This means Turkey must become a Balkan power, a Mediterranean power, a Middle Eastern power, a North African and even limited African power, a Caucasian power, a Central Asian power, a Eurasian power, and especially a Muslim power.

Is a bridge too far in the 21st century, because to become all that Turkey needs to move in the direction opposite to what Erdogan and Muslim Brotherhood preach and that runs immediately into the realities of modern industrial economy and the wall of Iran's own interests in the region and Russians know this damn well. That is why they sit above this geopolitical dance and observe, while contemplating what to do next and who to help. After all, Erdogan is mortal and is 67 and has a very nerve-wrecking life. Plus, it is good to have options. Simple as that.

So, no, Turkey is not Russia's (or Putin's) nightmare, not even close. Psychos in D.C., however, are, because unlike Turks they are non-agreement capable 100% of a time.