MOSCOW (AP) — A revised version of Russia's national security strategy says that it may use forceful methods to respond to unfriendly actions by foreign countries, a top Kremlin official said in remarks published Monday, Nikolai Patrushev, the secretary of the presidential Security Council, said that the document foresees that Moscow could take “symmetric and asymmetric measures to thwart or avert unfriendly actions that threaten the sovereignty and territorial integrity of the Russian Federation.” In an interview published Monday by the government daily Rossiyskaya Gazeta that those “primarily will be special economic measures, but also coercive forceful methods if necessary."

I understand that it may come as a surprise to many West's journos, but national security of any country has a massive military (that is forceful or violent) element to it. After all, let's recall how the United States under the pretext of "national security" did this. Remember? 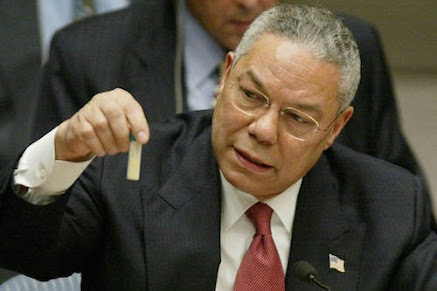 Russia has resources and will to use them if she deems threats to national security worthy of application of violent means. Nothing new in that at all, but emphasis on this issue is incredibly important.

Translation:  The future of Russia, in addition to the material well-being of its citizens, also depends on how we manage to preserve spirituality and morality, traditions, and pass on to the young generation the memory of the heroic past of their ancestors. To neutralize the threats associated with the distortion of history, with the destruction of basic moral and ethical norms, with attempts to introduce alien ideals and values ​​in the field of education, culture, religion, the Strategy formulates a new strategic national priority "Protection of traditional Russian spiritual and moral values, culture and historical memory ".

As the strategic truism goes--want the enemy to surrender its country, bring up its youth. Here is Brittany, speaks about this issue.

And here is a counterpoint. Russia held few days ago a celebration of the 5th Anniversary of creation of Russia's Yunarmy (Youth Army) which grew today to an paramilitary organization numbering 810,000 kids and continues to grow. Here is Sergei Shoigu addressing kids of Yunarmy few days ago at the celebratory event called High Five and I can tell you one thing--these kids already know how to shoot, how to handle weapons, some, actually, already jump with parachute and are closely acquainted with military organization.
For these kids, from the early age, service and military routine are normal part of their upbringing from 8 years of age. It is more than just about weapons, topography, battlefield first aid and things of this purely military nature--it is about certain moral and spiritual imperatives much of which go back in history to the Great Patriotic War. That means the sacrifice for the country, for friends, for loved ones, in a larger scheme of things. This is national security at its most fundamental level. Here, the combined West has nothing to offer to be even counted as a competitor, unless it is a degenerate woke pseudo-culture or critical race theory. Good luck with trying to promote this BS in Russia.

That, in itself, is also a major pillar of national security. It is another indicator of Russia's political elite being able to recognize global trends and react to them. As Pepe Escobar notes today:

The Western spin before Putin-Biden is that it might herald some sort of reset back to “predictability” and “stability” in currently extra-turbulent US-Russia relations. That’s wishful thinking. Putin, Patrushev and Lavrov harbor no illusions. Especially when in the G7 in London, in early May, the Western focus was on Russia’s “malign activities” as well as China’s “coercive economic policies.” Russian and Chinese analysts, in informal conversations, tend to agree that Geneva will be yet another instance of good old Kissingerian divide and rule, complete with a few seducing tactics to lure Moscow away from Beijing, an attempt to bide some time and probing openings for laying out geopolitical traps. Old foxes such as Yang and Patrushev are more than aware of the game in play. What’s particularly relevant is that Yang-Patrushev laid the groundwork for an upcoming Putin visit to Xi in Beijing not long after Putin-Biden in Geneva – to further coordinate geopolitically, once again, the “comprehensive strategic partnership”, in their mutually recognized terminology. The visit might take place on July 1, the hundredth anniversary of the Chinese Communist Party – or on July 16, the 20thanniversary of the China-Russia Treaty of Friendship. So Putin-Biden is the starter; Putin-Xi is the main course.

So, when Karine Jean-Pierre states that the summit is not a US gift to Russia and that the summit will go on despite Russian (of course, Russian) hackers' now, allegedly, taking some meat packing plant in the US, one has to remind her that it is exactly the other way around. Russians were literally stalked by the US in order to agree to this summit, but, hey, whatever tickles one's ego. Do not expect any significant results from this upcoming summit other than spin in the US media. As long as the hot war could be avoided--good. Russia has a lot of business with China, the relations with who are becoming openly allied. The US is not a part of this arrangement. It cannot be.