This Is Seriously Fuc... I Mean Funny))

In the same time, in some sense, it is a very Polish thing to do:

Norway should share the “excess” profits it’s been making as oil and gas prices soar amid the ongoing conflict between Russia and Ukraine, Polish Prime Minister Mateusz Morawiecki said at the National Youth Dialogue Congress on Saturday. “But should we be paying Norway gigantic money for gas – four or five times more than we paid a year ago? This is sick,” he said, claiming that the excess of the annual average gas and oil profit “will exceed €100 billion” this year for a country of five million people like Norway. “They should share these excess profits. It’s not normal, it’s unjust. This is an indirect preying on the war started by Putin,” the PM said. Morawiecki also urged young Poles to go and shame their Norwegian “friends” over the fat gas profits online to push the country into sharing the wealth.

Well, if my Alzheimer doesn't fail me, it was namely Poland who wanted spot prices and "market" to define them. Always think twice what you wish for, because those wishes may come true. Gazprom gladly obliged and Poland, unlike it is the case with Hungary, now should pay a fair price, the way market found it. But this Morawiecki's idea is down right bizarre.

“Write to your young friends in Norway,” he said. “They should share it immediately,” Morawiecki stated, adding that it shouldn’t necessarily be shared with Poland, but with Ukraine.

Well, here is everything you need to know about present day Poland. You see, and I did elaborate on this issue in my videos on operation and operational planning, when commenting on Australian Defense Ministry's Science and Technology Board PPP: 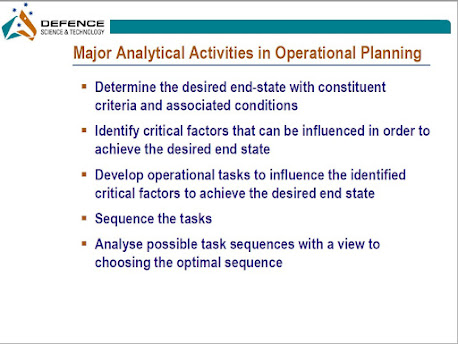 Right, see the first bullet-point: determine the desired end-state with constituent criteria and associated conditions. This is an excellent operational truism which is applicable across the whole spectrum of human activity and especially so in the matters of macro economy, state level governance, diplomacy and geopolitics. Evidently, Morawiecki never heard of those things, because not only he failed to calculate anything in the immediate future but Poland was warned by... Russia that her wishes, when come true, will cost her. Now, Norwegian children should suffer. Not cool, Morawiecki, not cool. Norway plays, as does Russia, in full accordance to energy market rules.

Meanwhile, I begin to elaborate in very small portions about my technical disagreement with Pepe regarding 404 being able to raise any army in the Western Ukraine. Today is a small piece of reasons:

1. 404 is now in Nth mobilization and the quality of personnel, many of them from Western Ukraine declined dramatically, because best of the best have been physically annihilated and, after two major waves of immigration--one to Russia, but even larger stream to Europe, Ukraine simply doesn't have mobilization base enough to assemble, let alone arm, any serious military force. Hence Zelensky's obvious lie about the size of VSU. But even if to assume that he doesn't lie, one has to admit Russian, dramatically numerically inferior, forces are doing a very good job of annihilating the Ukrainian military. Otherwise, how can one explain a huge number of those young men from Western Ukraine who are flooding Europe today and are in no hurry to be sent to the front. Just think about it:

More than 6.4 million people have fled Ukraine since the fighting broke out, according to UN data. The vast majority of them, nearly 3.5 million, went to neighboring Poland. Romania and Russia became two other major destinations for Ukrainian refugees, with around 900,000 people going into each country.

So, considering realistic population of Ukraine numbering now 25-27 million, with 7 million (much less now) living in the Western Ukraine, unless one wants to draft 12-13 year boys (I wouldn't put this past Kiev regime), the prospects of raising a proper, combat capable that is, new army are rather bleak.

2. Let's not forget also that we live in 2022 and this is how new VSU recruits get acquainted with modern war precisely in the areas (this one is in Desna North of Kiev) where many loyalists reside. These are Desna barracks with very little left of new recruits and this was just a couple-three 3M14 Kalibrs a couple of days ago.

And, of course, who can forget Yavorsky barracks filled with all those "fighters" from around the world who came to hunt themselves some Rooskies. Their "residence", which was blown to smithereens together with hundreds of them, was precisely in the Western Ukraine.

So, just these two, out of many purely technical considerations, are already enough to start questioning REAL mobilization and military-industrial capabilities of 404, which were degraded dramatically. But knowing Poland, one has to keep an eye on Warsaw's actions, but then again, there is a reason Russia uses only small percentage of her capabilities in Ukraine and keeps most of them in reserve. Just in case Poland decides to do stupid things, which, judging by Morawecki's escapade towards Norway, tells us that nothing could be excluded when speaking about Warsaw and its curators in D.C.