You know, like in Dune's complicated saga of palace (interstellar) intrigue and of a conflicting interests we are dealing with a seemingly chaotic interaction of trends colliding, aligning or diverging. You may say why seemingly? Because it only seems as chaotic, in reality there is a very well defined method behind this seemingly chaotic events. It is called plans within plans, within plans. Just pay attention to the headlines:

WASHINGTON (AP) — A bipartisan Senate report released Tuesday confirms the U.S. intelligence community’s conclusions that Russia interfered in the 2016 presidential election to sow chaos. Senators warned that it could happen again this presidential election year. The heavily redacted report from the Senate Intelligence Committee is part of the panel’s more than three-year investigation into the Russian interference. The intelligence agencies concluded in January 2017 that Russians had engaged in cyber-espionage and distributed messages through Russian-controlled propaganda outlets to undermine public faith in the democratic process, hurt Democratic candidate Hillary Clinton and help Donald Trump.

Now, we  continue to browse these headlines and stumble into this curious headline:

(Bloomberg) -- China is falling behind in its promise to spend $52.4 billion buying U.S. energy over two years -- even as it is filling its storage tanks with Russian and Saudi crude -- independent oil producers warned the Trump administration Tuesday. The American Exploration and Production Council urged the administration in a letter to U.S. Trade Representative Robert Lighthizer to get tough with China. “China has only purchased a de minimis amount of U.S. crude in the first months of 2020, while it has increased purchases of crude oil from Saudi Arabia and Russia,” council chief executive Anne Bradbury said. “Rather than increasing imports from countries like Russia and Saudi Arabia, the Chinese government must take the necessary steps to remain in good standing with the U.S. as a trusted trade partner.”

Ah, a dawning reality after the whole absurd of stock and commodities exchanges and financial manipulations (fraud) also known as American "economy", which is run by financial fraudsters making money out of thin air collapsed and the pain of taking own medicine of lies and broken promises. I repeat ad nauseam my "tangibles" mantra because, as it is well documented throughout my writing over the years--I discard practically any information being fed into the US media about US finances as valid, because, as practical experience shows it is useless and, in general (some exceptions exist), is nothing more than a institutionalized lies for the consumption of sheeple who believe in "free markets". Well, last days, certainly, should have given all this cabal of "traders", "brokers", "market analysts" and other useless purveyors and procurers of the laissez faire cult a shocking doze of reality. Such as this: 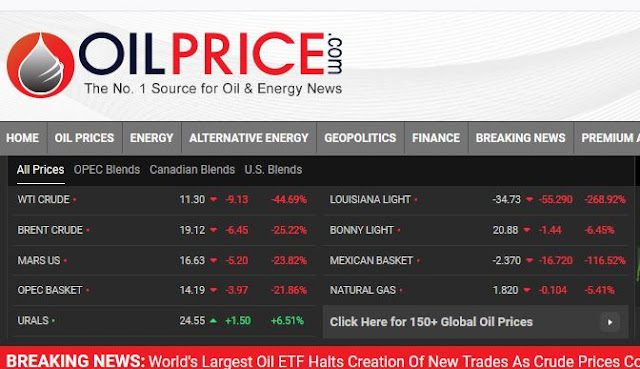 What you see here is a material embodiment of the geopolitics (and geoeconomics) of the highest order and a bit of revelation of the game Russia (and China, I may add) were playing all along. I do not mention Saudis because for all their oil riches they are a minor player in all this. US Senate, in yet another manifestation of a complete dysfunctional state US governance exists today, confirmed that US political class in general IS NOT entity which is agreement capable and discussing anything with these people is useless since they, both deliberately and by faith, live in an alternative reality in which they do emulate some political activity which is as effective in international relations as putting a warm water compress on the head of a patient afflicted with a terminal brain tumor, effect in both cases is absolutely the same. Yet, one can sense a very real desperation coming through those attempts to dance on the rabble of Russian-American relations, thinking that the United States is a stronger party in this dyadic entanglement.

Yet, as the second headline suggests, US oil industry is worried about...China. Why so? The answer is simple, as you can see from Oilprice chart, futures, you know useless funny papers which allegedly indicate the actual price of oil (hint, they don't--just another paper BS concocted in the dark minds of US money-"makers"), for any US produced oil stay in red. Well, obviously, price on anything cannot be negative--all this red is merely a figment imagination of "market" speculators BSing each-other in attempts to create BS money. But those "prices" give a good idea why Urals (which is Russian oil brand) stays in black (or green)--because China not only wants this brand and already contracted a shitload of this oil both through pipe and Russian tankers but it will increasingly depend on specifically Urals at the expense of Saudi oil precisely for the reasons of the FIRST headline which is a testimony that the United States is run by hysterical "exceptionalists" who may arrive to a completely insane solution in their attempts to preserve own (largely fictional) hegemony and actually start cutting Indian Ocean Shipping Lanes of Communications through which Saudi oil flows to China. Some even offer.... a piracy. That shows you a level of desperation (and stupidity).

Because the US may unleash a war on SLOCs, and I described this scenario not for once, latest attack on China, and Russia, in media field tells us that not only it is possible but probability of this begins to grow. China inevitably will gravitate towards Russia's both gas and oil pipelines and Northern routs well defended by Russian Navy and Coastal Forces capable to keep China's supply of vital energy secure and operational. Even when China hits a recession (if not already)--China's economy for all her massive size is extremely energy inefficient and requires massive amounts of oil, gas and other products of their processing constantly. There is NO competition to Russia's pipelines and costs of delivering oil to China, period. In other words, Russian oil is contracted by China and Chinese are not interested in speculations on the "market", they are interested in actual oil (and gas) being in China here and now. Russia can provide this, the United States cannot, including for a purely geopolitical reasons because whatever China receives from the US WILL inevitably be CUT in coming volatile weeks and months. In other words, geopolitics becomes a driving force behind real economy, especially against the background of fake American "markets" of oil, which are completely disintegrating as I type this and this is just the start. The return to a grim, for the United States, economic and geopolitical reality will be extremely chaotic and painful, despite US "elites" trying to weave sophisticated, as they think, plans within plans within plans, which are seen by any high school graduate who has a rudimentary knowledge about how actual, not virtual, economy works. Ah, yes, shale oil--it is dead, so is petrodollar, the process of clean up will continue and, of course, oil cannot worth -37 or -13 or whatever minus USD, these are just convulsions of US (and global) speculators before many of them go bust completely. So, whose those plans within plans really are? Mind you, this is just a look at one player, China. There are many more.


HOUSTON (Reuters) - The day after U.S. crude prices crashed into negative territory for the first time, Texas oil and gas regulators on Tuesday declined to force producers to curtail oil output for the first time since 1972. Oil and gas companies have been gushing red ink and cutting tens of thousands of workers as prices tumble, prompting regulators in the largest U.S. oil-producing state to wade into global oil politics and consider some producers' calls for cuts. On Monday the May futures contract for U.S. crude closed at a negative $37.63 a barrel as traders desperate to avoid owning oil paid others to take it. Two of the three commissioners of the Texas Railroad Commission, Chairman Wayne Christian and Christi Craddick, said they want the state attorney general to weigh in on the legality of production curbs. Commissioner Ryan Sitton said he was ready to cut output by 1 million barrels per day, or 20%. The issue is likely to be discussed again at a May 5 meeting.