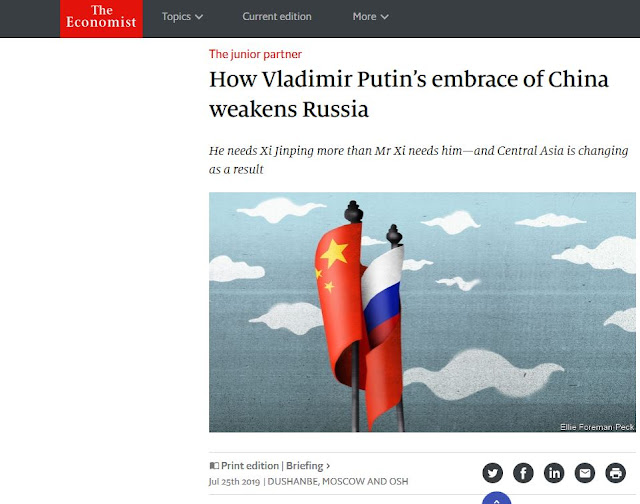 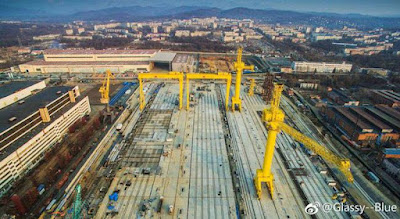 This dated photo merely shows cyclopic Chinese-made cranes, the area today is occupied by the hulls of few new Aframax tankers being built at Zvezda. So, in general, Russian-Chines cooperation, including military one develops extremely well. Obviously, for the combined West which sees the surrounding world only as a place for zero-sum interactions, such a level of relations is simply beyond the grasp. But latest events have shown that "revelation" in terms of Russia's technologies will continue and they will continue to shake and reshape the world in the most profound way. So much for a "junior" partner. So, West's propaganda campaign, against Russian-Chinese relations failed miserably and, in the end, can West provide China with what Russia can--an enhanced security? No, in fact, it becomes increasingly clear that there are no machines in the West which can do that, especially against newly emerging technologies. As, forgive me, I predicted years ago.
Posted by smoothiex12 at 8:00 AM