It Hurts Where It Matters The Most. Wealth.

Of course, money are important as are the prices. They are the reflection of actual economy, but the average Western "economist" today is a person who is removed from actual economy very far. Suffice it to say that modern managerial class in the West understands only the language of stocks, capitalization, futures and trades. They DO NOT understand how economy works. How else can you explain Europe's and, to a somewhat lesser degree, America's ongoing economic suicide.

European power prices soared to records after Electricite de France SA said two nuclear reactors will stop unexpectedly and two will have prolonged halts -- just as the continent heads for a cold snap with already depleted gas inventories. German electricity for next year jumped more than 10% as EDF is set to shutter two reactors at its Chooz nuclear plant this week and extend halts of two units at its Civaux site until spring after agreeing with the safety regulator to replace faulty pipes. The facilities make up almost 10% of the French nuclear capacity.  The shutdowns will make the market even more jittery just as temperatures are set to plunge way below average for much of the continent. Peak demand in France alone is set to jump 7% to above 80 gigawatts next week, according to a Bloomberg model.  “The market is already very nervous and extremely sensitive, and the timing of this info could not have been much worse for market participants hoping for a drop in power prices,” said Bo Palmgren, chief operating officer at MFT Energy, a trading company is Aarhus, Denmark.

Well, Russia did warn about this long time ago, nobody listened. Poland wanted "market" to decide prices on energy, as a result we have what Poland wanted--Gazprom laughing all the way to the bank because of the spot pricing, instead of the long term contracts with fixed price. Not that there is no a downside to this for Gazprom, because, obviously, the pricing not just squeezes, it kills EU customers. But for now, Gazprom already has pretty much returned its investment into the NS2 and really doesn't care what happens to NS2 at this point.

Berlin, December 15 - Neftegaz.RU. The price of natural gas in Europe on Tuesday rose to $1,400 per 1,000 m3 after Germany said Russia’s Nord Stream 2 pipeline could not be greenlighted for launch, citing rising tensions on the Ukrainian border, RT has reported. The price of January futures on the TTF hub in the Netherlands rose 5.5% to $1,428 per 1,000 m3 at 7:04am GMT, or $138 per megawatt-hour in household terms, according to data from the Intercontinental Exchange. A day earlier, gas prices in Europe jumped around 10% after German Foreign Minister Annalena Baerbock said Russia’s newly constructed Nord Stream 2 pipeline could not be put in operation because it did not meet the requirements of EU energy law.

To understand the scale of a calamity in Europe it is enough to look at this graph. 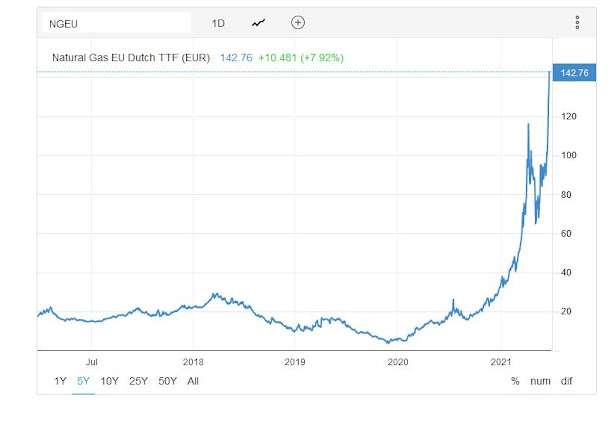 So it is six and a half times growth of prices. As popular truism states--think twice what you wish for, your wish may come true. But in all this, well, let's call it for what it is--energy catastrophe in EU--there is one aspect which drives all those Western "analysts" from economy to geopolitics completely mad, in fact makes them desperate. It is the fact that it is not them but Russia which makes a shitload of money, which not only rubs the salt on the wounded egos of all those "strategists" and "analysts", but for geopolitical "analysts" complicates their openly anti-Russian, if not Russophobic, matters even more. That all means more money in Russian budget for social, industrial and military programs and the desperation is palpable. It manifests itself with a hysteria in the top political echelons of EU-NATO capitals, such as this legislature to declare Russia a "state sponsor of terrorism", to hollow promises by Stoltenberg that:

NATO expansion will continue whether Russia likes it or not, the US led bloc's Secretary General Jens Stoltenberg has declared, insisting that despite Moscow’s objections, his organization does not pose a threat.

At this stage one begins to understand why they fail all the time. I speak about it in my latest video:

But it is just a part of the answer why there are so many stupid people in West's "elites". One of the explanation is (which I repeat ad nauseam) the fact that many of them really bought into their own BS and sincerely believe that they are the best thing ever in the whole universe. Others, obviously are pushing their agenda, but because they are products of primarily humanities programs, especially political science, they have zero understanding of the world outside beyond white board theories and abstract models which do not work. Come on, let's face it--Bill Gates has no formal education, he dropped out of the second year of university and only sublime and complete idiots believe that he is a "self-made" billionaire. Some people believe that Elon Musk is an engineer, which he is not. He has B.S. degree (double major) in "economics and physics", I call it BS. It is NOT an engineering degree. But people want to believe.

It is their right to believe that this guy with the undergraduate degree with double major in economics and physics is an engineer and these are not real (some of them really good) former and present NASA engineers with graduate and post-graduate degrees, certificates and experiences, who create those flying objects of SpaceX.

In an affront to the West, Gazprom now got to another domestic project. It is not enough for Gazprom to have already highest skyscraper in Europe as its corporate office--a truly magnificent Lakhta Center. 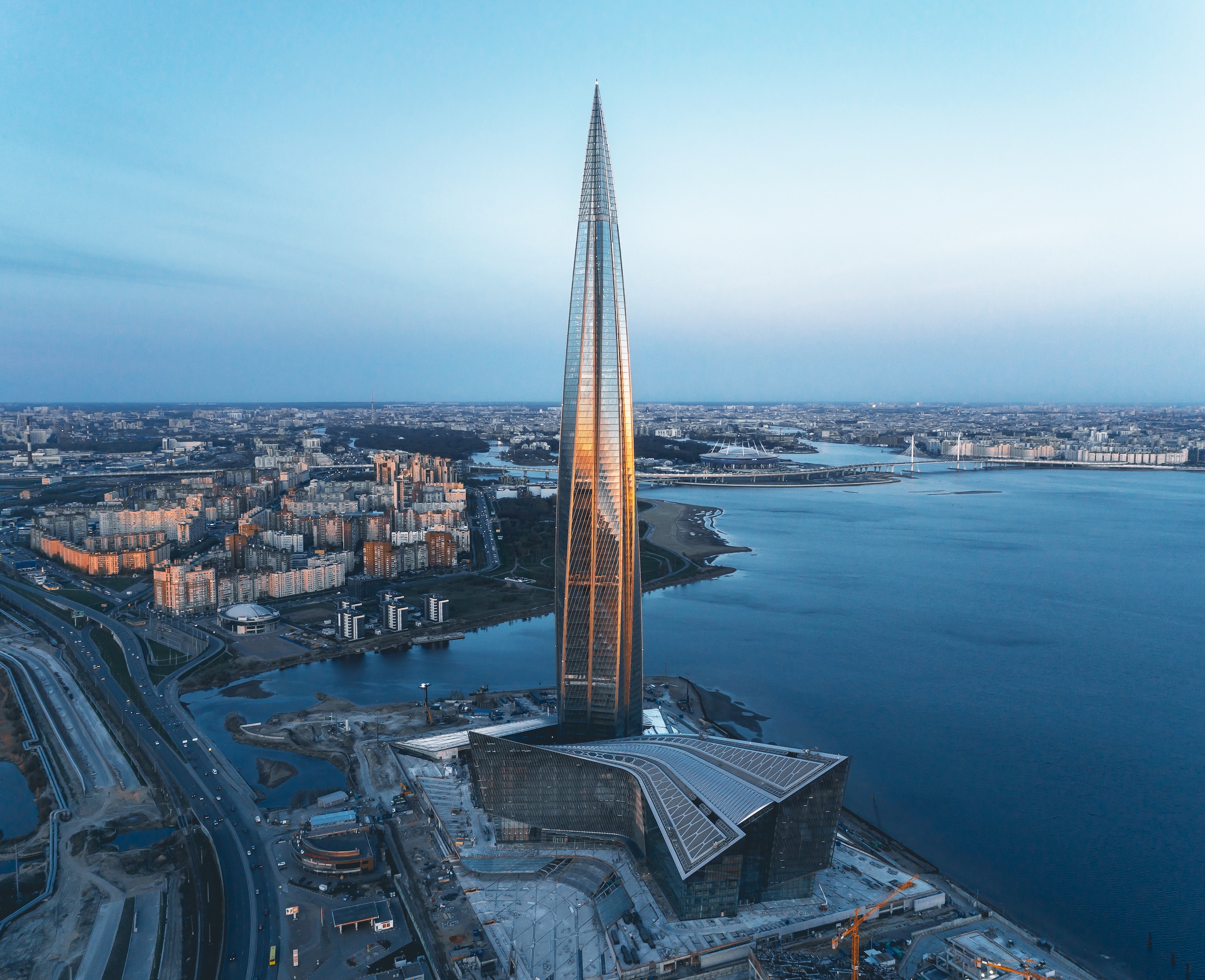 Gazprom now works on the second highest tower in the world--Lakhta Center-2.

I am in no position to discuss failures or advantages of this new giant, but I would say that for all my lack of appreciation for skyscrapers, I would rather be in Lakhta-2 in dazzling St. Petersburg than in Burj Khalifa in the middle of a desert. But I totally get how these powerful symbols of wealth and power of Russia can drive many in the West completely nuts. I know for a fact what a visit to modern Moscow or St. Petersburg can do to many Westerners who get their news from CNN and Wall Street Journal. What many of them do not understand is that hydrocarbon business is increasingly not that crucial for Russian economy as it was even 10 years ago. But then again--you cannot explain it to them, they want to believe that they are the best, and the smartest, and the wealthiest, and the mightiest of them all. Right. Sour grapes and butt-hurt, anyone?
Posted by smoothiex12 at 6:39 PM