Breaking News: Putin Is Finshed, Russia Is Drafting The Articles of Surrender To Germany.

Germany's Defense Minister just issued the most harsh and deadly sanctions against Putin personally. He is being driven, as I type, to Kremlin's clinic to reanimation after hearing this horrible news.

Ahead of her trip to Lithuania, where she visited German soldiers stationed in the country as part of NATO’s enhanced Forward Presence Battlegroup, Lambrecht called on Western nations to “put Putin and his inner circle in the crosshairs.” She proposed personal sanctions against Russia’s leadership if Moscow invades Ukraine, "for example, that they can no longer travel to the Champs Élysées in Paris to shop." Lambrecht seemed to be unaware that the same sort of luxury stores also exist in the Russian capital –  in places like Kutuzovsky Avenue, Barvikha Luxury Village, TSUM and Tretyakovsky Proyezd – and other cities, such as Saint Petersburg and Sochi.

Oh my God! Can you imagine, poor Putin suffering from the lack of shopping in grossly overpriced, grossly overrated, piss-smelling, migrants' infested Paris.

On a serious note--yes, she is Germany's Defense Minister: 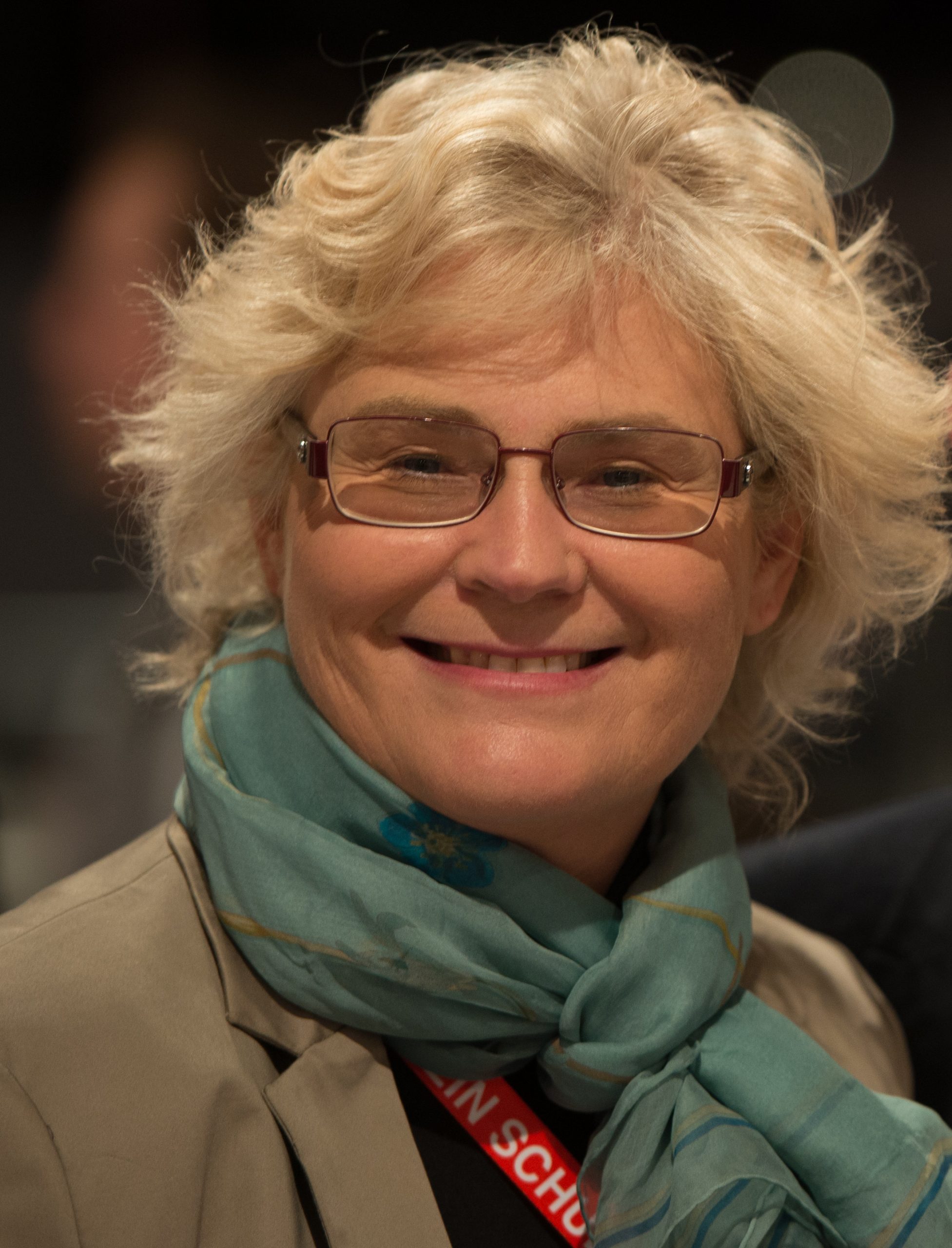 Read her biography. You guessed it--she is a lawyer. Now read my lips: Yes, they are THAT stupid. Most of them, 90% at least. As German political observer Alexander Rahr (sadly in Russian only) spoke yesterday to Solovyov:
Spoke very emotionally about the situation in Germany he underscored that these people--most of Germany's political top and media--really think that they are the most advanced economy in the world (together withe EU) and that mighty US military power will support them and that is why Russia cannot tell Germany what to do. This is what you get when you live by EU "values" and infest government with ignorant people. Somebody, take those morons to visit Moscow or St. Petersburg, or Kazan, or Sochi, or whatever--show them shopping there. Also show them new highways, buildings, gigantic shopping centers and grocery stores. And then remind them that if shit hits the fan Germany will be the first to feel the heat and "mighty" US military power will do nothing, because it can't, to defend this "most advanced economy". Lambrecht should ask Siemens about the price of delusion. Or MTU. But in a larger scheme of things, Germany is a nobody in a gigantic geopolitical realignment game between three titans: US, Russia and China in which the fate of EU countries may end being a lunch for desperate United States trying to postpone the inevitable. At this stage shopping in Paris will mean very little if anything at all. On the other thought--it already does.
Posted by smoothiex12 at 11:11 AM