The Technology Of Sacrifice.

On the altar of "democracy" and globalism--a euphemism for being eaten by the US. Here is the excerpt from my latest book:

In December of 2019 the cost of $0.38 per kWh (kiloWatthour) of electricity for an average German household was the second highest in the world, after Bermuda. For comparison, the same kWh in the United States cost $0.14, and in Russia—$0.06. For businesses, Germany’s price for kWh was $0.23—the highest among developed nations, with the United States at $0.11. Russia was at $0.08; China was at $0.10. The conclusion thus is inevitable. Given that Germany has the highest energy costs in the world for a developed industrial economy the prospects for Germany’s survival as a totally independent competitive advanced economy look increasingly slim, once one considers not only Germany’s energy policy but that of the EU as a whole, which among competent industrial and energy professionals creates a sense of bewilderment.

It is 2021 now and Electric Rate website updated today (or yesterday) gives pretty much the same spread which looks like this: 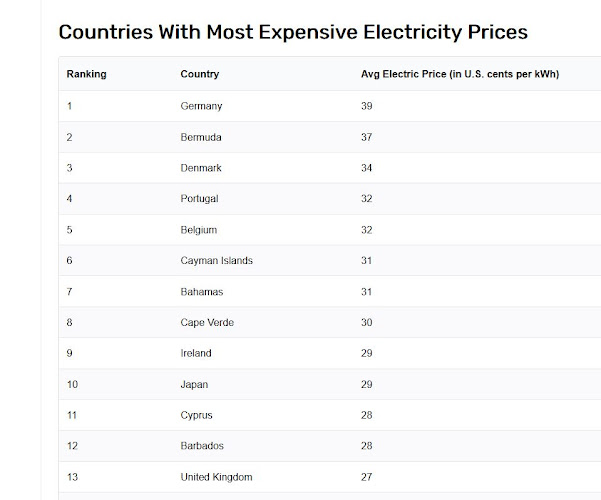 Well, pretty much all of the EU is in this table (see the rest of it on the website) and, inevitably, the greener they will become less competitive (not that EU can produce a bargain anymore) and, thus, survivable they will be. The US, in this particular case, is having a moment of schadenfreude, because it still hasn't been completely "democratized" by democrats, and at this stage GOP being utterly corrupt and in the pockets of a big oil is a...good thing.  For now. Not that the US is far behind, but at least it has more resources to avoid going full blown "back to caves" mode and it is still--you die today, I--tomorrow. Strategically, the United States will be happy to see Germany depart as an economic power because that opens opportunities for the United States in Europe. From resources to commodities. Even under the most favorable conditions Germany's energy costs were enormous (both for population and businesses). But if we begin to look at a broader picture, which is a production of some key materials which are crucial for advanced manufacturing, we may stumble on Germany's by far not impressive position. Here is steel production: 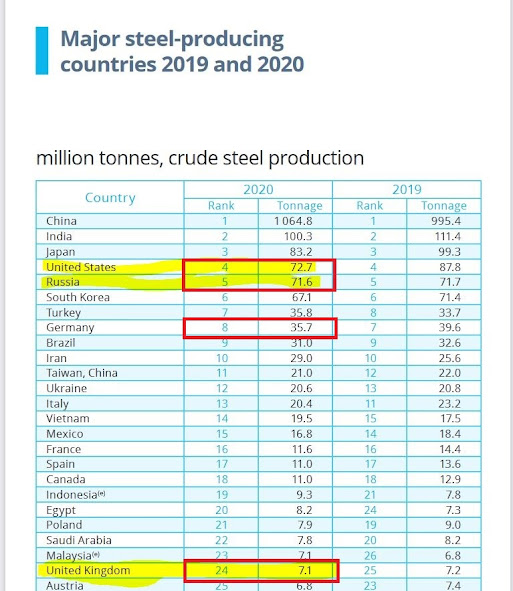 Here is production of aluminum: 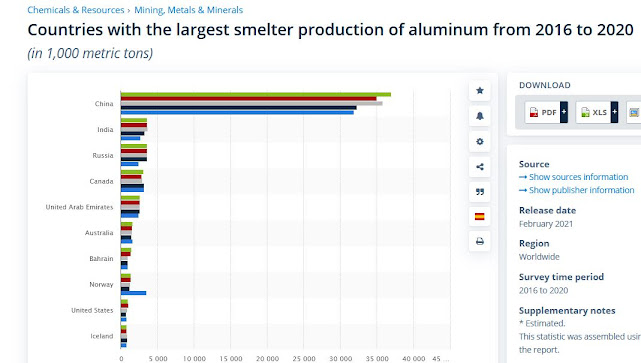 Once you begin to view things within the framework of physical economy, the trend of West's economic decline becomes visible. Here is another one: 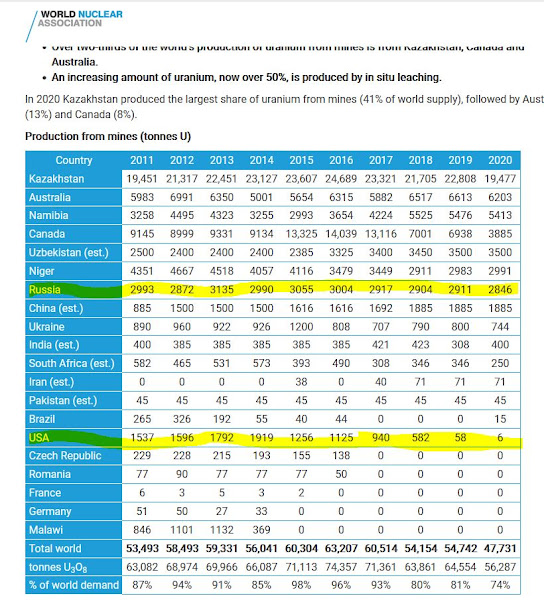 And we can do this until hell freezes over while repeating meaningless mantras about Germany's "export-oriented economy", we have to understand that the times of the chimera of the Free Trade are over and appropriate adjustment of the economies is happening right now. For Western leaders brought up on the primarily Anglo-Saxon economic economic ideas--ideas generated by the sea-faring island nations insulated for the calamities of Continental politics, including catastrophic warfare--the awakening is going to be dramatic in terms of the levels of pain. And you should remember that for the last 7 years I am constantly on record--they are incompetent and cannot grasp the ideas behind main engines of a colossal geopolitical realignment and power re-balancing.  Sorry, they are just that ignorant.  Recall that:

I wrote on that issue not for once, including on reset. But I might as well say it straight why this is happening--office plankton cannot govern, period. It is especially incapable of governing in times of great change. The idea that some SOB Ph.D. in political science or law, who reads WSJ can have a grasp of a modern world is down right preposterous, as Western "academe" and political class prove it time after time, day after day. The West is run by a collective Fukuyama. And that is both the diagnosis and the indictment. EU is about to feel the heat, or, rather, lack of it and maybe reconcile itself to the idea that it is not what it thinks it is. As per US--there are certain benefits to the position of the superpower, but judging by the US political discourse those benefits will be squandered. No surprise here.