Donald Trump... Being Himself.

Never got rid off the idiosyncrasies of a New York real estate shyster and TV reality show host.  This is exactly how he ran his administration which resulted in him being one of the most BSing and one of the least effective POTUSes in the US history. At least Biden, or rather group of people who have their collective hand up his ass for the sake of the muppet show, known as the US "democracy", is more effective in pushing his (theirs) agenda, however evil and disastrous this agenda is. You can give them that. Now, Trump, in a classic "democratic" tradition, is doing the only thing US political class can do--he jumps on obvious and expected failures of Biden's policies, including a chaotic withdrawal from Afghanistan and leaving there, allegedly, $85 billion of the US equipment. Trump, in his classic manner, came up with yet another BS.

Moscow has no defence industry ties with the interim Afghan government and is not working to reverse-engineer American military hardware left behind by US troops, reported Sputnik citing Russia's Federal Service for Military-Technical Cooperation spokesperson Valeria Reshetnikova. "Any claims that our specialists are involved in the efforts to copy American hardware are baseless," Reshetnikova added.During an Iowa rally on Saturday night, former US President Donald Trump suggested that Moscow and Beijing were taking apart and "re-engineering" Apache helicopters.

During an Iowa rally on Saturday night, former US President Donald Trump suggested that Moscow and Beijing were taking apart and "re-engineering" Apache helicopters.

Stating that a large number of military hardware were never disabled, Trump stressed that the equipment finally ended up on the black market.
< ..

"There is currently no military-technical cooperation with Afghanistan," Reshetnikova told Sputnik.

Peddling the BS and fantasies is a defining feature of the US political class and the only reason I voted for Trump last elections was because I anticipated most of what is taking place under Democratic "leadership" today, which is running the US into the ground with acceleration. The responsibility for this catastrophe is partially on Trump and 4 years of him pretending that his running a tawdry TV reality show and building no less tawdry Trump casinos is somehow a good resume entry for running such country as the United States. But I digress, so here we  are, not only Trump continues to lie, that Russians even have to counter his BS, but the main question is: WHY should Russia "re-engineer" Apache helos when she has two types of advanced (serial-production, no less) Mi-28 and Ka-52 which are as good as any Apache but also proved their capabilities in several wars, and continue their exemplary performance in Syria. Alongside with good ol' Crocodiles (aka Hinds) Mi-24 and Mi-35.

I omit here altogether the issue of weapons those Russian helos carry, including something that the US helos do not have and, I doubt, will have any time soon--long-range, stand-off Mach=4+ weapon such as Germes and air-to-air missiles capable to shoot down other helicopters and even combat aircraft. And no, I am not talking about shitty subsonic Stinger Apache is capable to carry, I am talking about modern (upgraded) high supersonic (M=2.5+) R-73M Archer with the range of 40+ kilometers, compared to Stinger's barely 5 kilometers (4.8 km) range. 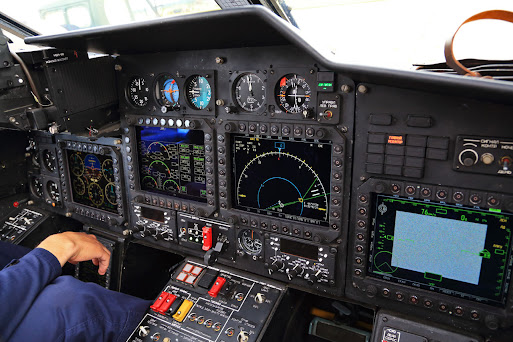 This is standard Ka-52 cockpit and you can bet your ass on the fact that Russians are pretty good at writing soft for those advanced avionics (also Russian-produced) which are in no way inferior (in fact the opposite is often true) to anything Apache had or will have. So, WHY would Russians "re-engineer" good but inferior American helicopter when weapon systems Russians procure and deploy already proved themselves not only as excellent combat platforms, but their weapon suites make anything United States has look rather...unimpressive.

Here are Mi-28s in Syria few years back.

Since then massive upgrades and additions have been incorporated into all helo platforms, including serial production and deployment of Germes, among other things.  So, obviously, Trump will not be able to explain WHY Russians need to re-engineer Apache while having superior platforms such as Mi-28 and Ka-52 (50)? Well, he, in this particular case, wouldn't know the difference anyway, so he does what he always does--he boasts, which is a euphemism for lying, and he does mislead the crowds of his supporters who are duped into believing that this empty suit can "Make America Great Again". He can't as can't anyone in US political class, because they do not understand reality around them and when those few who do get it--nothing could be done about it. I am on record, the United States lost the arms race and for the first time widely and officially a variety of Russian professional military experts (I underscore it) can and do declare (in Russian) what I was writing about for many years, even before this blog--the naval warfare as we know it is over. With it, the US concept of navy is over.

But at this stage all this Trump's BS has become so annoying that I had to comment on this in this manner. In related news--people asked me about USS Connecticut "hitting something" is South China Sea. This type of events is what I call a pile of warm shit which attracts all those flies who portray themselves as "experts". My answer is very simple: I don't know. This could have been collision with one of the Chinese SSBNs which deploy into the SCS for deterrence patrols, with some newly erected oil platform's submerged structure, or with something else altogether.  One dude even stated that he knows that Connecticut was operating "near sea floor". OK, if the US submarine doesn't have a simple depth finder and doesn't have good reliable navigational charts with detailed depths, I don't know, maybe they should look at basic training for watch and navigation officers? So, just leave it be--shit happens and collisions happen even between subs, including dramatic ones. Just ask USS Baton Rouge and B-276 Kostroma. Thank God nobody got killed.  Baton Rouge, though, got scrapped, while Kostroma continues to serve.