Why They Are Nervous. Short Excurse Into the Modern War. Part 3. 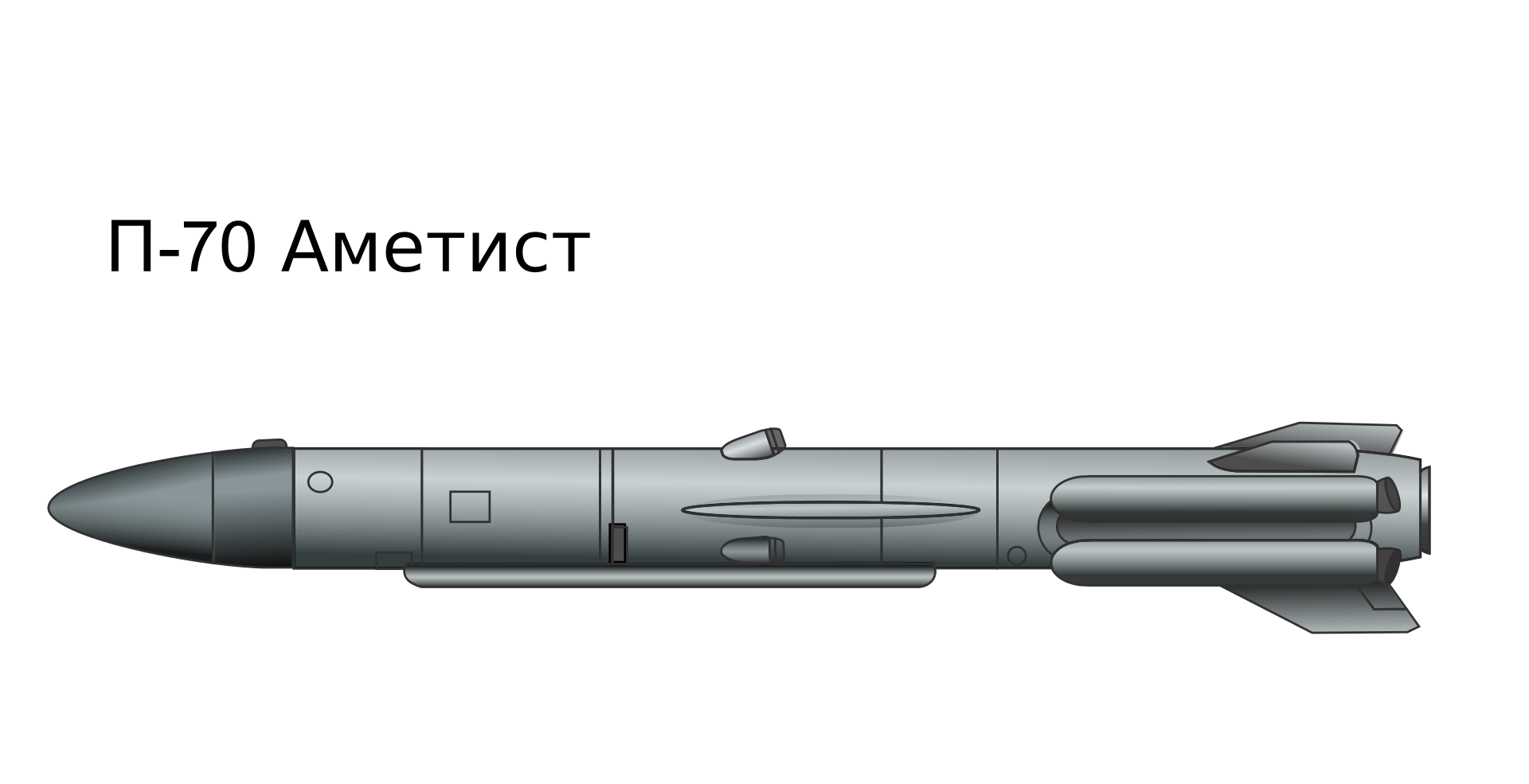 It was a further development of a venerable P-15 Styx. P-70 had a maximum range of 80 kilometers (Wiki as always is full of shit) and was subsonic at M=0.9. This was 1968. In 1972 more advanced anti-shipping missile P-120 Malakhit started to be procured both on surface ships and submarines. 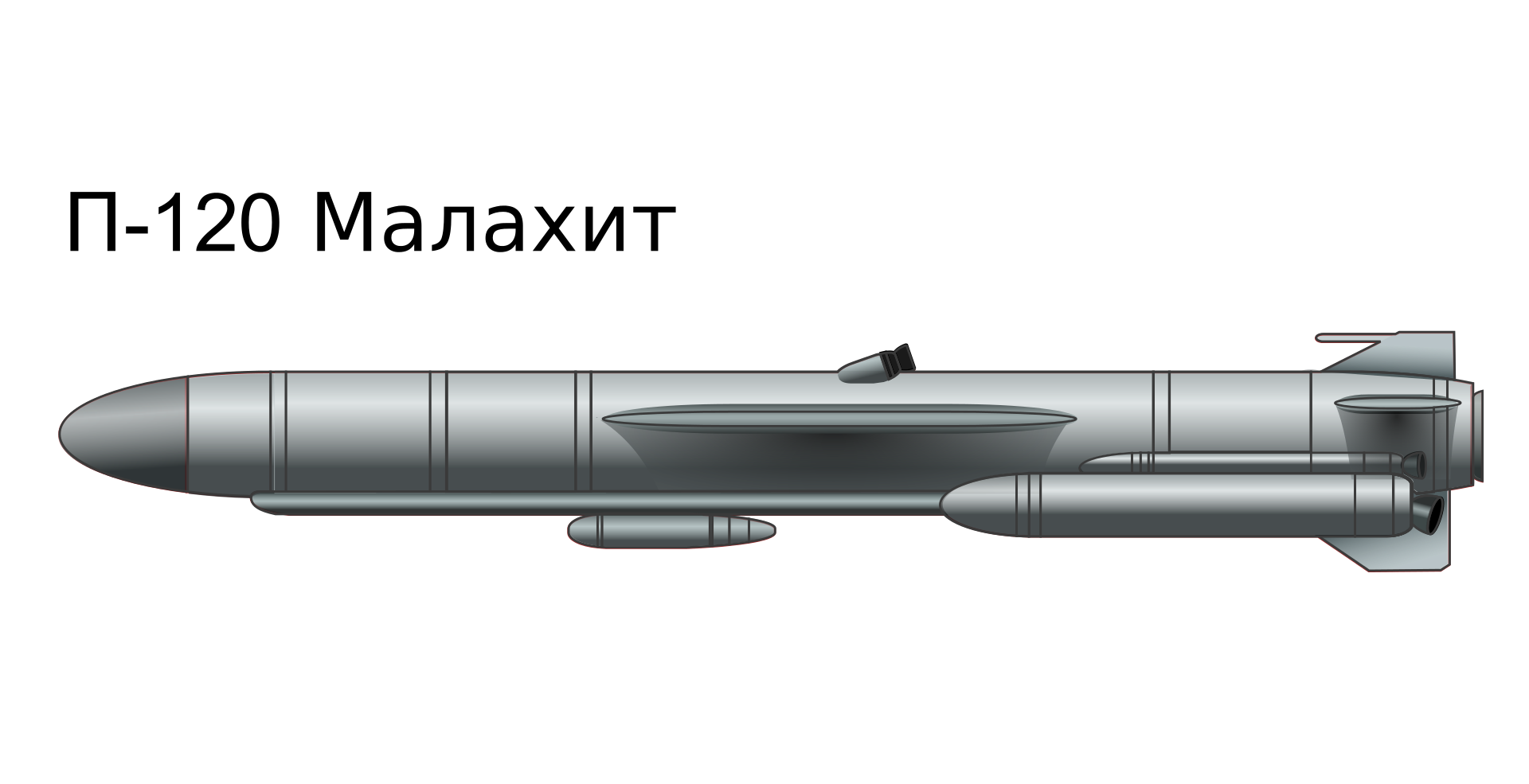 Malakhit, with its range (launched from submerged SSGN) of 120 kilometers and traditionally massive (500 kilograms) conventional warhead (it could also be a nuclear one) presented a new challenge to the US Navy. A single Charlie-class (pr. 670) SSGN could carry 8 of Ametists for this sub first versions, or 8 Malakhits for Charlie II (pr. 670M). 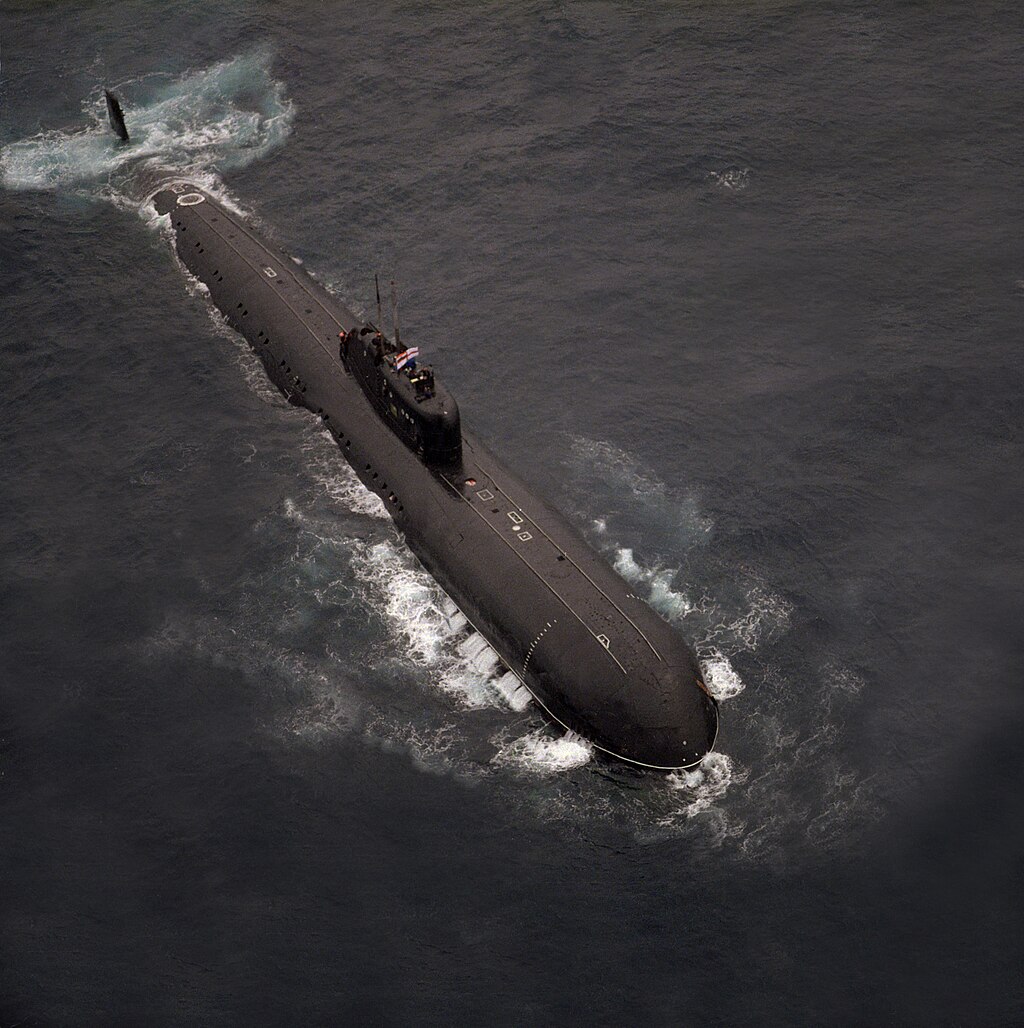 While the problem of Flaming Datum (recall, it is when sub is detected while launching its weapons) for all navies was well known before. It was one thing when a submarine launched a salvo of even long-range torpedoes, thus creating a Flaming Datum, a swarm of 40 kilometers range and around 40 knots torpedoes was bad enough problem in and of itself (especially when armed with nuclear warheads), but it was a completely different situation when there was a salvo of missiles, flying with the speed of a fast commercial jet, and which created a datum in a very respectable distance from target. That was a whole new game.

As you already know, something like P-120 Malakhit was creating the necessity for, say Carrier Battle Group, to be on alert constantly and have enough ASW capability to sweep a moving area of A=3.14 x 120^2= 45,216 sq. kilometers practically non-stop. In general, any CBG always looks like a floating ASW and Air Defense theme park. This is how CBG looked in 1970s and continues to look with some "adjustments" (some of them inspiring awe in their recklessness) even today. 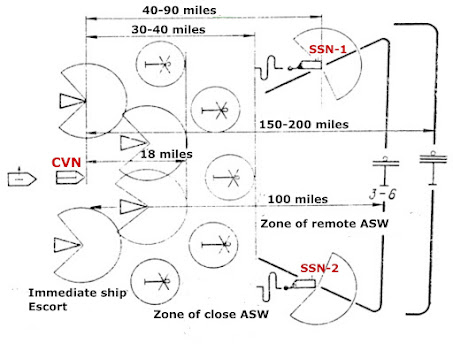 Theoretically, for any Charlie SSGN in order to kill a carrier, it needed to get in between the Zone of Close and Remote ASW, granted this Charlie (or Charlies) could sneak pass the ASW aviation in the Zone of Remote ASW (patrolled by S-3 Vikings from carrier and P-3 Orion "on call" if need be). Vikings were no joke and, of course, provided a very good operational sweep (I know someone whose heart will be filled with nostalgia and joy), but if that zone was overcome and targeting was received it absolutely didn't mean that this Charlie was out of the woods. Far from it--not only those Vikings were still on station, now Charlie had to face those pesky SH-3 Sea King ASW helos. All in all, it was an extremely hazardous undertaking for those Soviet SSGNs but the real clusterfuck would have unfolded once the salvo was launched from beneath the waves.

This meant an immediate giving up of own position and creation of a Flaming Datum in most cases (not all). Not only launched missiles would leave a lot of "clues" on the surface, including the registration of a salvo by the E-2 Hawkeye's Radar but the launch would be a significant acoustic event. So, here we are--enter the Flaming Datum. What happens next? Easy: CBG has around 120 kilometers : 1100 (around M=0.9) kilometers per hour by Malakhit = roughly 0.11 of an hour, or about 7 minutes before missiles arrive. So, the Air Defense gets all excited, all those Sea Sparrows air-defense complexes on Spruance DDGs in carrier's escort, as well as Talos (Later, Terrier) AD complexes on USS Long Beach (remember these are early to late 1970s we are talking about) all go on-line. Those airborne F-14 Tomcats start their supersonic dash towards the assumed route of those Malakhits, hoping to intercept them using their AIM-9 Sidewinders, AIM-7 Sparrow or AIM-54 Phoenix missiles. So, whatever it takes and the ballet ensues.

Meanwhile, those Sea-Kings they already know fairly accurately where the hell broke loose and what do they do? Right, they go for jugular of the Flaming Datum and rush there to do their thing, depending on the range from Flaming Datum and with their maximum speed of 260 kilometers per hour, they can reach datum in anywhere between 20 to 5 minutes. Let's be reasonable and say 15 minutes--this is our Time of Delay or proverbial Tau. As you might expect, Charlie which just launched is now in a full break-off mode and CO and the crew of Charlie know damn well that they need to rush and each minute of Tau increases their chances, especially since Sea Kings do not have MAD and everybody on board Charlie prays that S-3 Vikings will be held at their stations because of the tactical assumption that this salvo could be merely a distraction and even bigger game expects CBG down the road. Like this: 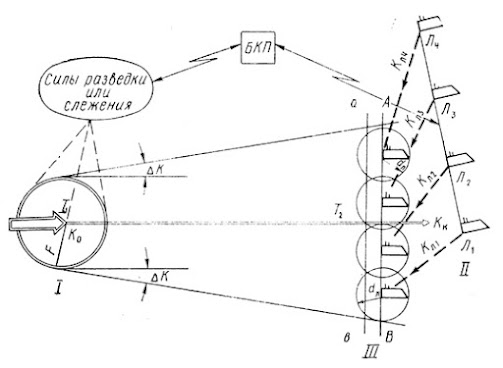 So, for anyone who wants to experience all the "beauty" of operating a dipping sonar, they can get a kick out of ASW by reading this:

Where to Dip? Search Pattern for an Antisubmarine Helicopter Using a Dipping Sensor.

Or get the load of joy by looking into the theory of sonobuoy barriers, believe me--it is a lot of "fun". I know, my graduation thesis had a lot to do with ASW and those dippings. But as the thesis by Yoash, Atkinson and Kress states:

A perfect cookie-cutter sensor is a significant simplification. In reality the dynamics of sonar detection are quite complicated and depend upon the acoustic properties of the environment, which impact the transmission loss between the target and sensor (Lee and Kim, 2012). However, cookie-cutter sensors are commonly used in many maritime search and detection applications to generate insight. Random search, the cornerstone model for many search analyses, is based on a cookie-cutter sensor (see Chapter 2 of Washburn (2002)) and often provides similar results to more complicated and realistic detection dynamics (Lee and Kim, 2012). Furthermore, many ASW models use cookie-cutter sensors, including Danskin (1968), Shephard, et al., (1988), Baston and Bostock (1989), and Washburn (2002).

Read attentively, especially highlighted in yellow--this is where in real life tactical acumen of submarine's CO and his crew, training and technical parameters of a sub begin to play a huge role and often draw the line between life and death, between triumph and failure of the hunter and the hunted, who often exchange roles in an instance.  here is a food for thought to you. Think about it, wink, wink. 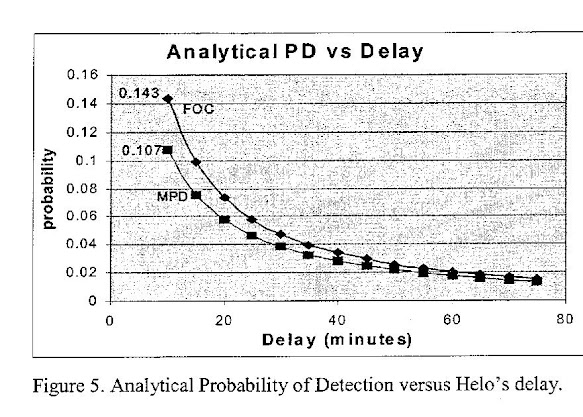 FOC (Furthest On the Circle). We will need this reference when we will talk about our times, in 2020s.