I am highly sympathetic to Marina Butina whose fate is a classic case of being in the wrong place at the wrong time while being completely naive. What was done to her is a stain on US Themis, which loves to pride itself as being the best in the world. But this case--how dumb one has to be to get himself into trouble like this?

A Utah court has arrested a Russian citizen for conspiring against the US by buying F-16 manuals on eBay. The man insists he needed these and other files, like those for F-35s, to develop an ultra-realistic fighter jet simulator.The Russian, identified as Oleg Tishchenko in court documents including the previously filed affidavit for extradition, is said to have taken to eBay in 2011 in a quest to buy actual flight manuals for the F-16A/B. The documents could not be shipped directly to Russia because the seller did not allow for sending items abroad, so the man asked members of the Digital Combat Simulator (DCS) game forum for help. A forum member in Texas eventually agreed to send the docs to Moscow, which he did later that year.While the sender said he didn’t see any materials marked as classified and was assured the texts were obsolete, the mailing still broke the arms exports laws as combat systems manuals are included in the US munitions list and require export licenses for shipment overseas. Tishchenko was charged back in 2016 but was eventually arrested only this year when he travelled to Georgia, a post-Soviet country that extradited him to the US. The charges include “conspiring against the United States, smuggling and violating the Arms Export Control Act.”

First: Dude, if you buy F-16, even if for earlier models, flight manuals you have to be already alert to the fact that those aircraft are still flying after upgrades and any combat ready equipment's manuals are at best grey zone, at worst--don't touch it. He did. But then the Darwin Award behavior begins;

Second: He travels to Georgia (as in former USSR republic)--the "country" whose ass Russian Army handed to them in 2008 while Georgia remains vehemently Russophobic and tries to whore herself out to the United States. Guess what? He gets extradited to the US. Duh. But if that wasn't enough, the imbecile does this;

Third: Get this:
“We need it in our work,” Tishchenko said, according to the affidavit. “I’d like to get some maintenance manuals for the F-16C related to avionics. Actually, maintenance manuals for any jets, including the A-10.” Curiously, it is claimed that Tishchenko “also informed [the agent] that he would like to acquire F-35 and F-22 flight manuals” while promising that they “would not be provided to any third persons, and I think even not shown to anyone in our company.” 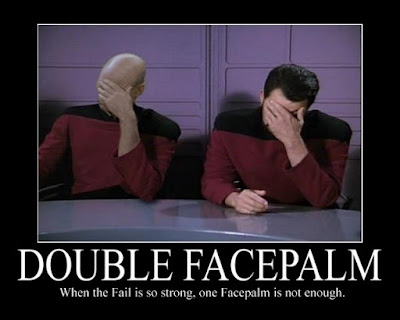 What can I say: are there any maturity tests for people who develop those computer games? Just in case, knowing several programming languages does not make one bright or capable of living in a reality-based community. But I am 100% positive, after Tishchenko promised (I cross my heart and hope to die) emphatically to undercover agent not to show F-35 or F-22 manuals to anyone, I don't know how that undercover dude could keep his face straight. Putting America's Russian paranoia aside, I hope this experience will teach Tishchenko to mind his own business and never visit this shithole of a country Georgia ever again, not to mention leaving the business of getting F-22 and F-35 manuals to professionals in clandestine operations, as it is normally done everywhere. Keeping one's mouth shut is also a good idea. Unlike Butina's case, however, I think there is some "meat" to Tishchenko's case and he may only hope of getting some kind of plea-bargain. It is obvious that the guy is clueless and most likely had no sinister intentions at all, that is wanted to just use manuals for games, but he, certainly, takes a Darwin Award home, or will take it, once, hopefully relatively soon, he is released from American penitentiary.
Posted by smoothiex12 at 10:56 AM