You Can Not Fix Stupid (In Terminal Stage).

I am no economist, I never pretended to be the one or be able to grasp economics completely, but I slept (when I could) through couple of political economy courses in naval academy and I certainly, once in a while, like to "do numbers". I also like, when I have time, to read what Michael Hudson has to say about modern Western economic "science" and I agree completely with Hudson's (and not only his) assessment:

In general, to put it in a layman's lingo, you see a financier waxing "economic" or trying to teach you something about real economy and how it works--run away. After all, as Hudson (and, again, not him only) stresses:

To put this issue in perspective, almost all of the growth in GDP – the measure they look at – is taken the form of higher bank earnings, which they call financial services, meaning penalty fees, late fees, and interest rates over and above the banks’ cost of funds; and rising rents that homeowners would have to pay themselves if they rented instead of owned their homes. You mentioned 9 million homeowners lost their homes. They now have to rent. Rents are rising, debts are rising. Corporate debt, municipal debt, and student debt are way higher now than 2008.

As you may have guessed it already, for my line of business, be it my full time job in aerospace industry or what I write in books and this blog, ability to have your both (or one, at least) feet on the ground is a must. It is especially important, imperative really, whenever dealing with such tricky subjects as real economic and military (that is combat) potentials which by their very nature do not tolerate platitudes and contemporary Western "economic science" methodology. In fact, the very foundation of this so called "economy"--global financial capitalism is in the process of implosion due to its massive, historic in nature, crisis and, what Marxists would describe, an accumulation of the irreconcilable contradictions. Those are too many to be listed in a short blog post but one of them, which is a complete loss of the touch with reality, could be.

Enter Swiss-based and, actually, quite famous IMD Business School for Managers, Leaders and other BS in the world of modern "economy". As any globalist institution dealing with anything BUT real economy, they love to create ratings and they surely created one for 2019. It is called. World Competitiveness Rankings. Well, see for yourself--here is one screen-shot of these rankings, which, as IMD states is created based on criteria of "facilitation of prosperity." 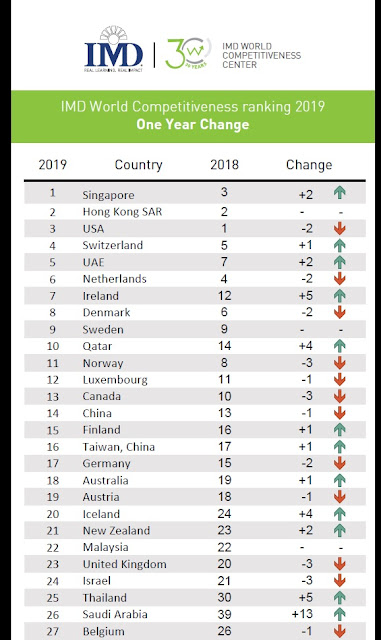 Well, how do you like that? UAE and Qatar are in the Top-10 of "competitiveness". Here we may have to decide for ourselves what do we really want to be represented in terms of "competitiveness".  "Prosperity"? Well, if we take this path, I am not surprised in the least that UAE and Qatar are in the Top 10. After all, Qatar's only real economy is solely based on Western technologies and expertise in extraction, processing, transportation, sanitation, defense, well, basically everything, plus, of course, slave labor of the pool of hapless, primarily Asian and Hindu, workers who live in inhumane conditions and are, well, slaves for all intents and purposes. This contingent of slaves is primarily responsible for Qatar's "competitiveness", since also allows native Qataris avoid what is a worst curse and a taboo for many (not all) Gulf Arabs--a productive labor. Yet, these imbeciles from Switzerland think that because the only thing which sustains those Gulf shitholes, oil and gas that is, somehow "facilitate prosperity" then their economies are "competitive". Obviously, as is the case with many people who think iPhone to be high-tech product or are impressed by the lipstick on the p... I mean--for showoff shallow opulence of Gulfies' urban centers, it will be difficult to grasp a simple fact that once slaves and Western technologies are removed from Qatar, UAE or Saudi Arabia, those places will degenerate into their normal medieval state really fast because they are...well, not-competitive in the world of real economy and besides oil and gas have zero competencies and skills in anything, except, drum roll--finances. In other words, they know how to accumulate money and blow them on articles of extreme luxury--all of them produced in the West.

For people not to misconstrue me as Gulfies-basher (albeit I have zero reasons to admire them for anything), another strange entry is Luxembourg, which with the exception of steel industry (owned by India's Mittal Steel), is nothing more than high standard of living service (finances, of course) economy appendix of EU, which on its own is nothing--zero economically. Again, the question is--WHAT field Luxembourg (a lovely European tourist attraction) is "competitive" in? Competes with WHO, HOW? A conundrum, isn't it? Now let's take a look at the other screenshot, a lower segment of competitiveness, as defined by Swiss MBAs and Ph.Ds in non-existent sciences: 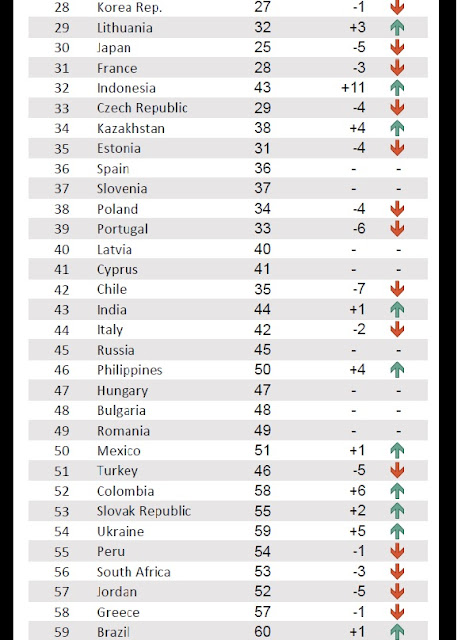 Can anyone explain to me how Lithuania or Estonia which produce next to nothing, except for some foods and STDs for visiting NATO troops, are above Italy? Yes, Italy, which out of own resources produces this, as one example out of many: 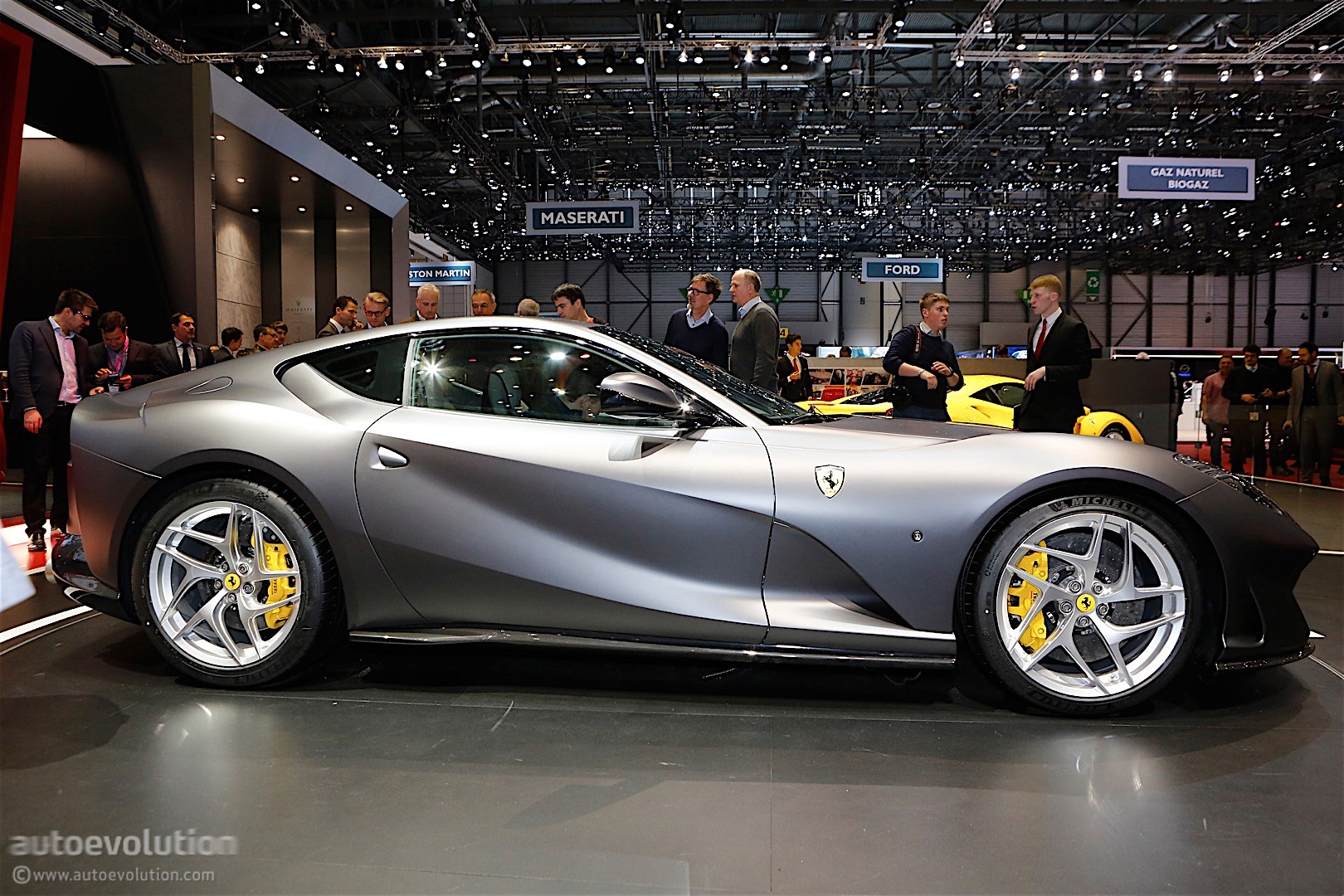 Well, this plus Juventus and, of course, this:
How Chile, which is nothing more than a raw materials appendix, is higher than Russia? When was the last time Chile launched own satellite constellation (Russia launched yet another GLONASS-M two days ago), built nuclear power station or manufactured this: 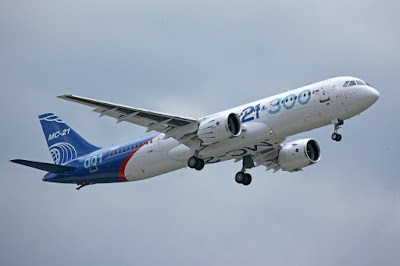 One can only wonder what perverted world those people in this Swiss "business" madras live in when create such idiotic, completely detached from reality, ratings. It is, however, expected from people who have zero STEM and industrial education and whose grasp of hi-tech and modern industries is limited to code writing in C++ or Java and, at most, numbers of SMART phones sold. For these people who continue to BS everyone, I have my own rating based not on some "facilitation of prosperity", the prosperity comes with it, but on:

1. Serious hi-tech manufacturing with full enclosed technological cycles, with everything this entails, from defense to top notch STEM education and research of SCALE (Luxembourg, UAE, Qatar--these are not you);
2. Access to resources, energy and ability to "facilitate them".

Here is my competitiveness rating for 2019 (I hate all those ratings but these ignoramuses from Switzerland made me do it):

3. EU as a whole organization, for now;
4. Russia;
5-6. Germany-France-Italy triangle;
5-6. Japan;
7. India;
.........
The rest are merely for secondary technological and resources roles and markets. It has to be specified even more:
Only nations with very highly developed machine-building complex are real competitors, the rest are merely markets for consumption of those machines, period.

But to develop such a complex one needs more than some fake pseudo-education in modern "economics". These complexes are developed by top-notch engineers, designers and industrial managers--a set of skills on the order of magnitude more complex and difficult to gain than of some MBAs, whose over-supply helped to drive, among many other factors, a present crisis of the financial capitalism, which in the West resulted in increasing loss of skills, not to mention of a strategic vision,  required for a transition to the economy of the future, where people, other than urban hipsters and snowflakes from Instagram and Twitter, will drive spaceships to the Moon,  Mars and asteroid to mine them for resources, will cure cancer and expand human life, will be able to harness new types of propulsion and maybe, just maybe, make world a better place, less violent. I can guarantee only one thing in this vision--those people will not be graduates of IMD institution, nor will they come from Qatar or UAE. But then again, what do I really know, I don't have MBA and do not measure everything in dollars, or rubles, for that matter.
Posted by smoothiex12 at 9:49 AM