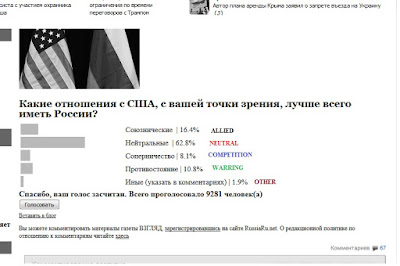 Russians long ago stopped viewing the United States as possible ally and after West's committing a cultural suicide in Russia with West's inspired coup in Kiev, the only thing Russians do want is for West to just go away. That is what this neutrality means.
Posted by smoothiex12 at 1:37 PM