Larry Johnson On Intel Matters In War. Plus Some Other Quick Observations.

Excellent historic introspective from Larry about deception operations in real wars and some historic lessons as applied to SMO today.

Unless you are a student of the history of World War II, you probably do not appreciate the role that DECEPTION operations played in pinning down German forces and the relevance of such operations to what is going on in Ukraine.

Read the whole thing. Larry arrives to the conclusion which is very solid:

Well, looks like Russia was feeding the western allies a big load of bullshit.

And you already learned by now, I guess, that "intel" US and other media were spewing about Shoigu having "artificial heart attack" or some 20-odd Russian generals "arrested" turned out to be..of course, a complete BS. Obviously, Shoigu just yesterday held a Ministry of Defense Council (Kollegia) being in perfect health and a good mood and spoke about both State Defense Order (GOZ) and about dramatic (orders of magnitude) increase of the speed of targeting exchange for Russia's stand off high precision weapons such as Kailbrs and Kinzhals (in Russian).

As you can see, this statement was made in the company of people (Western leadership, really) who never served a day in any armed forces and wouldn't know shit from shinola, or LGBT from BTG of BCT. Scholz dealt Russians a severe damage because of the deadly bouts of the hysterical laughter they had upon hearing about intentions of Germany not to allow such a victory. Right. In related news, Germany and EU should reject all Russian hydrocarbon contracts and concentrate completely on powering their industries by electricity from the wall sockets, because this is where real electricity (which is clean energy) resides--it is so easy, just plug in and voila'. Just ask Greta Thunberg or any Hollywood celebrity, they nailed this plan to the minute details.

In other related news, a technical and military genius, first Vice-Premier Yuri Borisov explains why Russia is not running out of high precision weapons. English WiKi gives totally abrogated bio on him, but Borisov graduated both military academy with focus on Radio-electronics of Air Defense Systems and then graduated Moscow State University, the department of Applied Mathematics and Cybernetics (in Russian). What a loser, he should have gone to study marketing or journalism, or become a lawyer as the last resort, but no-o-o, those stubborn Russians prefer this type of people running their crucial industries. How they can run anything when they don't even have a Tik-Tok accounts and don't follow Sean Penn, what a bunch of losers.

Anyway, here is Borisov verbatim on why Russia will not run out of high precision stand-off weapons.

From as early as 2011, all our defense procurement programs have focused on the production and deployment of high-precision weapons. All this time, we have also been building up our manufacturing capacities. As a result, today, we can fully meet the demand of Russia’s armed forces for precision weapons.

Recall Bismarck: "A Russian makes a plan when even going to a toilet." So, there you are--you plan (of course based on this proverbial OODA, which the West cannot and doesn't use for a number of reasons), based on situational awareness, execute, check the process of the execution, make adjustments if needed, correct the mistakes, get the desired result. Obviously, for carrying out such plans one needs very many good professionals on all levels, but especially at the top, decision-making, circuit. EU government in general, and Germany's in particular are opposite of that, and that is why they still believe in Ukraine's "victory". 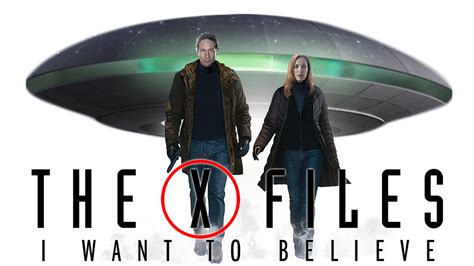 As they say, hope dies last. Somebody show those leaders these well-known facts:

Pitch-forks times in the combined West, especially Europe, are coming--I omit here issues of food altogether--but the process of economic and cultural suicide at this stage is very robust and probably is not reversible in Europe by merely peaceful means. But that is the separate topic in and of itself.