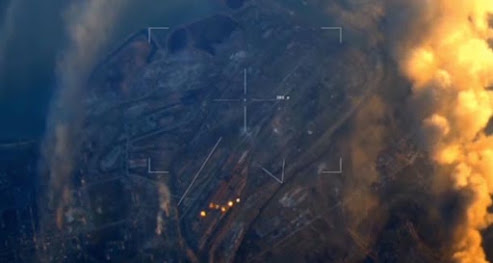 I think the fate of it is pretty clear now. I don't think that many will survive that and those who will, they would want to die. It fits well with Russia's Investigative Committee statement yesterday that it has many NATO servicemen in Russia proper. I am sure many of them have been "harvested" during numerous attempts to "break out", all of which have been thwarted by Russian forces, including the latest one yesterday--yet another 200-strong formation is done with, including many POWs who survived.

Here is the latest (aggregate): 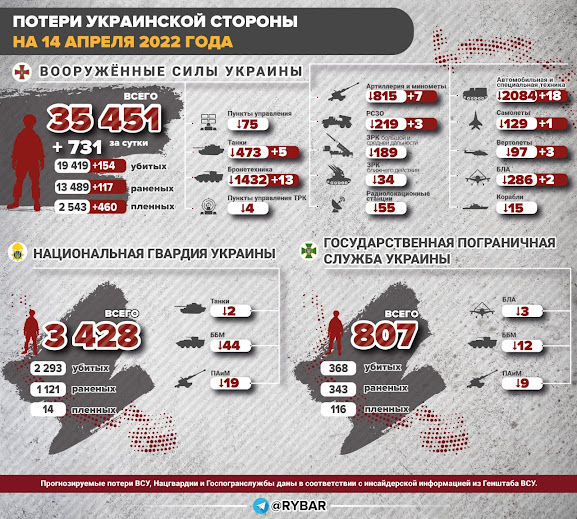 For April 14th. Now Ze "admitted" 3,000 KIAs on Ukie side. Sure. The glory of Baghdad Bob is such an attractor. Just ask General Keane, according to him Russia is about to collapse, you know... for the 100th time.
Posted by smoothiex12 at 3:14 PM