It Is Victory Day In Former Soviet Union Today.

27 million Soviet Citizens, most of them civilians, more than 11 million Red Army soldiers and officers died freeing the world from the scourge of Nazism. But not according to Pentagon, whose history is a bit fuzzy and whose "historians" today placed the "milestones" about VE-Day with a single mentioning of the USSR in it--like this: 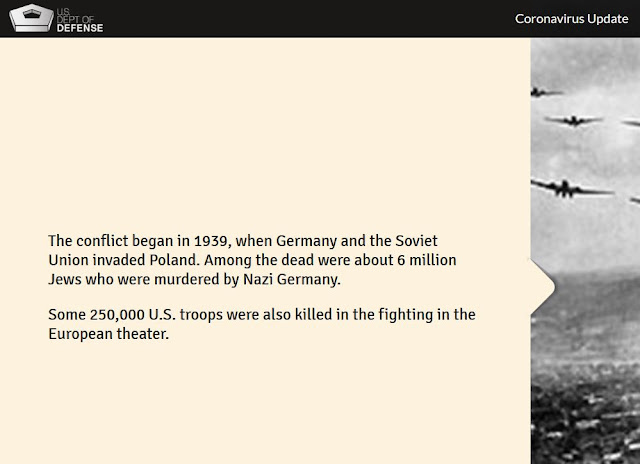 I am not going to discuss a deliberate lie about the start of the WWII, but I can assure Pentagon's "historians" that none of them has biographies such as my or millions other Russian and, in general, Soviet families, who had half of the families, especially male parts wiped out by the war on the fronts of what is generally known in the West as Eastern Front. Pentagon, which can show very little for its military "successes" resorted to a normal modern Western practice of rewriting the history and stealing  the valor. Sadly, there is no Stolen Valor Act in international relations but what Pentagon's "historians" do not understand that not only they have very weak basic arithmetic behind their numbers, they also expose themselves as ignoramuses who have zero understanding of military history by "splitting" Eastern Front from the Western one, where no VE-Day could have occurred if not for 80% of cream of the cream of Axis troops annihilated in the East. But then again, when all "victories" happen only in media space, it is not surprising that such excrement of a "history" appears on Pentagon's site.

Maria Zaharova already commented on this pathetic attempt to rewrite history (in Russian). Including quoting today's article in Der Spiegel by Germany's Foreign Minister Heiko Maas and historian Andreas Wirshing that it was Germany alone who, by attacking Poland, unleashed WW II. But never mind, I knew that rewriting of history is the main task of US Mini-true in a desperate attempt to hide the truth about the single formative event of our present world we all live in, the event from which the United States profited greatly on the ruins of the post-WWII world. It is disgusting to see this, especially at the 75th Anniversary of the Victory and it is paramount to hold, which is the plan, Victory Parade at the Red Square followed by the massive marches of Immortal Regiment. Due to Covid-19 epidemic, millions of people in Russia today will be putting photos of their relatives who fought in that war on the fronts and in the rear in the windows of their houses and apartments--these are the numbers which are beyond the grasp of Pentagon's "court" historians who have no clue about proportionality and scale of the effort to defeat the most powerful military machine in history. So, my best wishes and congratulations to my friends all over the globe with the 75th Anniversary of Victory in the most horrific war in human history. 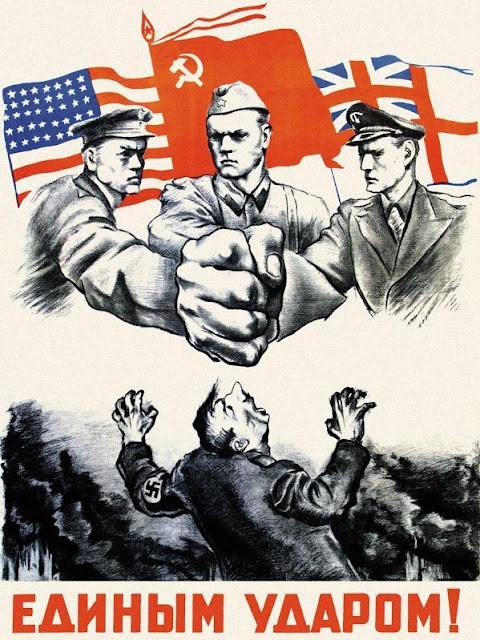