The Theory Of The Leisure Class-I. Variations On Dunno.

Yes, yes Thorstein Veblen in his cold-hearted definition of a class which knows leisure intimately and has very little understanding of actual work, as in labor (Chapter 4, Conspicuous Consumption):

The quasi-peaceable gentleman of leisure, then, not only consumes of the staff of life beyond the minimum required for subsistence and physical efficiency, but his consumption also undergoes a specialisation as regards the quality of the goods consumed. He consumes freely and of the best, in food, drink, narcotics, shelter, services, ornaments, apparel, weapons and accoutrements, amusements, amulets, and idols or divinities. In the process of gradual amelioration which takes place in the articles of his consumption, the motive principle and proximate aim of innovation is no doubt the higher efficiency of the improved and more elaborate products for personal comfort and well-being. But that does not remain the sole purpose of their consumption. The canon of reputability is at hand and seizes upon such innovations as are, according to its standard, fit to survive. Since the consumption of these more excellent goods is an evidence of wealth, it becomes honorific; and conversely, the failure to consume in due quantity and quality becomes a mark of inferiority and demerit.This growth of punctilious discrimination as to qualitative excellence in eating, drinking, etc. presently affects not only the manner of life, but also the training and intellectual activity of the gentleman of leisure. He is no longer simply the successful, aggressive male,—the man of strength, resource, and intrepidity. In order to avoid stultification he must also cultivate his tastes, for it now becomes incumbent on him to discriminate with some nicety between the noble and the ignoble in consumable goods. He becomes a connoisseur in creditable viands of various degrees of merit, in manly beverages and trinkets, in seemly apparel and architecture, in weapons, games, dancers, and the narcotics. This cultivation of aesthetic faculty requires time and application, and the demands made upon the gentleman in this direction therefore tend to change his life of leisure into a more or less arduous application to the business of learning how to live a life of ostensible leisure in a becoming way. Closely related to the requirement that the gentleman must consume freely and of the right kind of goods, there is the requirement that he must know how to consume them in a seemly manner. His life of leisure must be conducted in due form. Hence arise good manners in the way pointed out in an earlier chapter. High-bred manners and ways of living are items of conformity to the norm of conspicuous leisure and conspicuous consumption.

You may ask--but what about millionaires who work like hell, day and night, trying to keep their business running? Yes, I know such people personally--some of them excellent people NOT corrupted by conspicuous consumption, who live fairly conventional lives, drive pretty much decent everyday cars or trucks, go fishing, and once in a while indulge themselves in a shot of really nice Scotch and decent cigar. These are the kinds of people I call "salt of the earth" entrepreneurs (businessmen), the ones who actually really built America and other countries too. I know of many such people in Russia. Often those people also have good strong families. But this is not the class of capitalists, and those people are capitalists, I am talking about. I am, same as Veblen, same as Marx, talking about consumption which is:

For the great body of the people in any modern community, the proximate ground of expenditure in excess of what is required for physical comfort is not a conscious effort to excel in the expensiveness of their visible consumption, so much as it is a desire to live up to the conventional standard of decency in the amount and grade of goods consumed. This desire is not guided by a rigidly invariable standard, which must be lived up to, and beyond which there is no incentive to go. The standard is flexible; and especially it is indefinitely extensible, if only time is allowed for habituation to any increase in pecuniary ability and for acquiring facility in the new and larger scale of expenditure that follows such an increase. It is much more difficult to recede from a scale of expenditure once adopted than it is to extend the accustomed scale in response to an accession of wealth. Many items of customary expenditure prove on analysis to be almost purely wasteful, and they are therefore honorific only, but after they have once been incorporated into the scale of decent consumption, and so have become an integral part of one's scheme of life, it is quite as hard to give up these as it is to give up many items that conduce directly to one's physical comfort, or even that may be necessary to life and health. That is to say, the conspicuously wasteful honorific expenditure that confers spiritual well-being may become more indispensable than much of that expenditure which ministers to the "lower" wants of physical well-being or sustenance only. It is notoriously just as difficult to recede from a "high" standard of living as it is to lower a standard which is already relatively low; although in the former case the difficulty is a moral one, while in the latter it may involve a material deduction from the physical comforts of life.

Here is an example: my friend from Arizona presented to me and my wife a really awesomely made replicas of Rolex watches (one men's, another women's). I don't remember what models those were (they eventually got stolen) but both were in $300 range and looked like originals, that is why they were stolen in the first place, how--it is not important. But the story told by my old friend (a well-off man with business and a Ferrari) while giving us these watches was astounding. He said his friend, a really-really well-off man actually owns men's version of this Rolex which is (was) at that time valued at around $20,000 actually owns same replica and wears only it, while original stays at one of his houses in safe. My jaw dropped to the floor. BTW, this is me in 2006 in my friend's 1984 GTS by Pininfarina--the most gorgeous Ferrari ever, a masterpiece, really. And not as expensive as you may think. But insurance--that's the whole other matter. 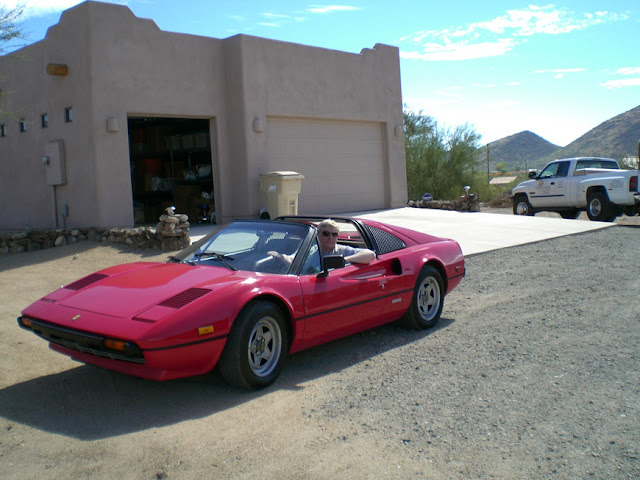 So, I kinda get it, plus I am myself not a stranger to some, only some, things of refined nature but they are totally within reasonable price-range. I am by no means well-off and live with my family a very modest, but rewarding life. But this is the issue: I don't need luxuries, unless one considers Jack Daniels and middle-of-the-road Seikos and Movado (and Citizen), yes, I am watches (time) freak, I am former military,  remember, so it comes with territory, luxury items--they are not. Neither is the furniture from IKEA or TVs from COSTCO. This is a normal level of consumption which is characteristic of very many across Northern Hemisphere. Me and my family, we courageously stay in Holiday Ins and Ramadas when traveling (sometimes we even stay in local chains), we courageously fight Chinese tourists at continental breakfast for the last pieces of bacon, and we drive pretty normal, middle-of-the-price range cars. This is not the case with people whose lives and careers revolve around financial capital, in the large cities which "make" money and that goes for NYC, London and even relatively recently Moscow. We are talking about people who not only want (and they want, believe me) but MUST be into conspicuous consumption because their livelihood depends on it. In the end, they simply do not know any other way.  This class, the class of pseudo labor (or work) is what should be discussed and we will discuss it, in depth, including its culture (or rather lack thereof), character, interests and consumer patterns which brought us to the situation we are all in today. Damn, you see, I already started writing my new book...

People born in USSR will understand me just by looking at this. 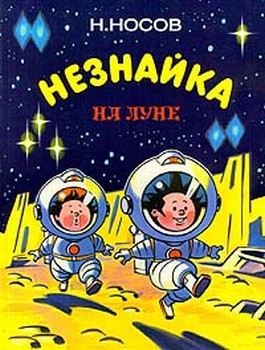 The Dunno On The Moon--the best book on Capitalism ever written, that means you too, Marx. For my Western friends, do not even try to look as modern illustrations or 1990s cartoons of this book--those are abomination. It is all commercial crap. If you want to see the REAL immortal illustrations (and Russian text)--it is here.