Are They Too Big To Fail?

Good dirty laundry on the US airlines. Really good.

Airlines are begging for a bailout, but they've used 96% of their cash on buybacks over the past 10 years. It highlights an ongoing controversy over how companies have been spending their money.

No shit! Pardon my French. Now they need this so much derided, oh ever trying to regulate things, government to bail their asses out. Cry me a river.

Major airlines are reeling from massive wave of cancellations as Americans stay home and governments around the world implement travel bans to curb the spread of the coronavirus. "We cannot afford to wait long for assistance," the trade association Airlines for America said in a statement, warning that some companies could be bankrupt by June. But there's a catch. Over the past decade, major airlines — including Delta Airlines, United Airlines, and Southwest — have used roughly 96% of their available cash on stock buybacks, according to Bloomberg. By reducing share count, these repurchases have pushed stock prices higher.

My feel about it is conflicting. I work in commercial aerospace and I understand how industry is tied closely to air travel, in the same time, as it was the case in the US economy in the last decades, stock buybacks are merely tools to make fat cats fatter while leaving many industries rot and labor, without which those industries wouldn't exist in the first place, with ZERO benefits in terms of raises and better health coverage among many other thigs. As long as some CEO can ride his personal business jet to some exotic golf-club and see his salary and bonuses grow who cares, right?

Led by the tech and finance sectors, buybacks peaked to a record in 2018, according to a according to JPMorgan. For many, the takeaway was simple: These companies were electing to enrich shareholders, rather than invest in their businesses and labor forces.

This is exactly how, as an example, real estate prices got driven into the stratosphere in Seattle area. It was this class of smart managers and financial engineers who did this: 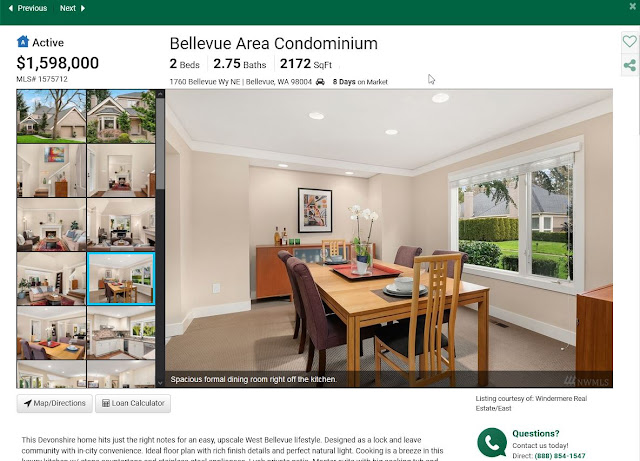 See this lovely, 1987 (33 y.o.) condo in Bellevue, WA? Who wouldn't afford this condo, right? Only Million and a half plus--so typical. But, as a long-time resident of the state, I can recall when houses (not condos) twice larger than this in the same area--you could buy them for $270,000 in mid-1990s. You could buy for $250,000 a superb 3 bedroom house there. Even then, when Microsoft was already on the peak of its might. But then bubbles started: dot com bubble, real estate bubble, so called tech bubble and the number of fat cats close to the life giving springs of dividends and executive bonuses which put decent housing beyond reach of even many white collar highly qualified professionals with decent pay, skyrocketed. Even decent pay stopped being enough. All that was a result of a new financial reality, which saw market "grow" without creating any serious value in anything. Real estate prices grew everywhere, while the distance (pitch) between airline seats grew smaller, the service became shittier and all this was compounded, in the end, by the consequences of 9/11. Obviously, airlines were not the only ones who did stock buybacks, but spending 96% of profits on that--this is really something.

You, of course, recall what Boeing did too? Now it also calls for help:

On Tuesday Boeing called for a $60 billion lifeline for the struggling U.S. aerospace industry.

I would, however, consider Boeing separately. Airlines can go bankrupt, the new ones will immediately take their place. Same goes for banks. Nobody can take Boeing's place. As much as I abhor Boeing's financial, managerial and some manufacturing practices, it is one of those REAL too big to fail which must be kept afloat at any price. But the state has a right, in this case, to have many strings attached to bailout, which under no condition could be spent on yet another stock buyback, executive privileges or dividends to shareholders. "Socialism" you say? If one wants to use a misnomer, so let it be "socialism". Anyone violates those terms, get FBI busy with something of real national security significance, instead of wasting time on ridiculous conspiracies. Is this arrangement on the horizon for the United States? I don't know, I do not pretend to know but what I know for sure is that "business as usual" is over because it is a physical impossibility, unless one wants to completely destroy the country and drown it in chaos and the bloodshed. I heard one libertarian (a euphemism for being inadequate in assessing reality) is still holding off on what is remarkably "socialist" package which actually considers ordinary folks, however inadequately, for the first time in a long-long time. Remember, these folks are the ones who are armed to teeth and their patience is at the breaking point.

UPDATE: for demonstration on how Seattle became unlivable. Sadly I could find only data starting from 2006. I am sure Bellevue will have similar profile. 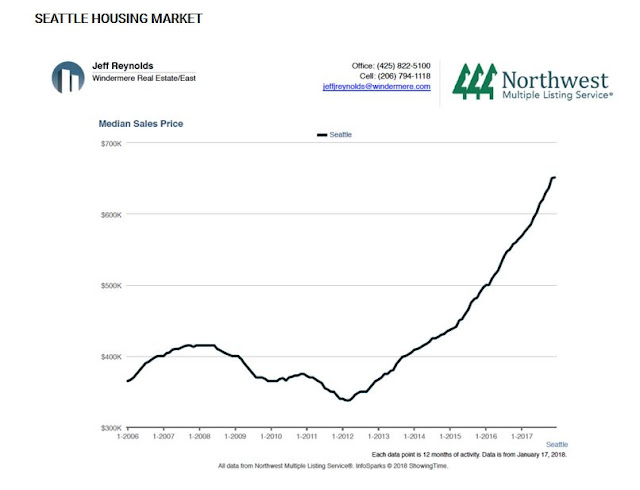 Now ask yourself a question, who, unless they already owned housing since early 1990s or earlier, can afford to own anything in Seattle area? Right, unless you are a millionaire or making way above 180-200 Ks. As we all know, these salaries are typical for the United States. Nah, I am screwing with you;)
Posted by smoothiex12 at 9:24 AM