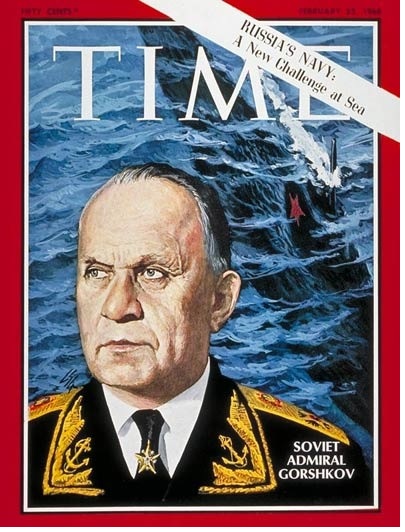 Early 1980s one could see Indian naval officers and NCOs and their wives around the campus of my Alma Mater--the commanding core of Chakra  K-43 (Soviet Charlie-class, project 670 SSGN) were being trained for service at this nuclear sub in Indian Navy. The crews were also rotated through other naval academies and Soviet training facilities for submariners. So, the words of the Indian Ambassador are not just run-of-the-mill pleasantries. Today, India continues to be a recipient of Russian naval (and other military) technology, most important manifestation of which being a deployment of Russian-build Pr. 11356 Talwar-class frigates armed with Russian-Indian Brahmos anti-shipping and land-attack missiles and expecting to be armed with hyper-sonic version of Brahmos by late 2020s. In general, it is a good piece and a very warm one towards the memory of famous Soviet Admiral who, in the end, did change naval combat as we know it.
Posted by smoothiex12 at 10:39 AM