It seems that the butt-hurt level in US media re: Russia is off the scale lately. When I say "I told you so", I do it not to feed my ego, however large, but to make a point that to speak on matters of practical geopolitics, let alone modern warfare, military and engineering background, not to speak of human and professional integrity--the only filter which separates facts from propaganda--is a must. No, it is a MUST. But that is precisely what modern, not just American but European, Russian etc. pop-military "analysis" and military porn sphere lacks. Luckily, my blog and my books keep the record straight in terms of how basic analysis applies and speak ad nauseam about necessity to have a clue. Here are some examples of what I am talking about from this week.

Will start with out famous and highly "competent" US military "analyst" (nah, I am screwing with you) Kyle Mizokami, who "analyzes" things for a number of news outlets and here is his take on the "sensational" story from Libya which The Times broke yesterday. Mizokami, being very excited, concludes that the S1 Pantsir captured by whatever faction fights in Libya is a, quoting Mizokami:

Last summer, a secretive U.S. military flight to Libya spirited away one of Russia’s most modern air defense weapon systems. The U.S. Air Force flew the Pantsir S-1 surface-to-air missile system, which Libyan government forces captured, out of the country on a military transport flight for parts unknown. The acquisition of a Pantsir, designed to defend against U.S. and NATO aircraft, is a windfall to the U.S. intelligence community.

This little bit alone contains a couple of open lies and that is the level of "reporting" in the US whenever dealing with anything Russia related. For starters.

Lie 1. Reports of three S1 Pantsirs being captured in Libya appeared as early as May 2020 (in Russian) and it was clear that once Turkish-supported forces took air base Al Watyia, which contained quite a few items of hardware transferred to General Haftar's forces by United Arab Emirates, there was very little doubt where the only intact AD complex will end up. 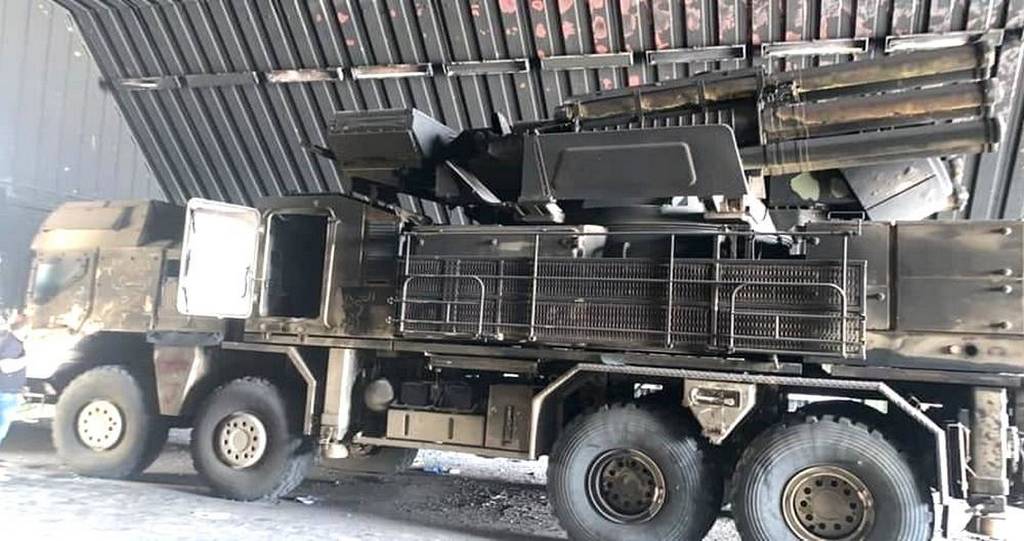 In other words, what's the big deal? The United States operated and continues to operate a number of Soviet/Russian-build hardware items since very early times (Google Operation Moolah) and has at its possession even such things as earlier versions of S-300, Mi-24 helos and even MiG-29 As. So, what's so important about it? This didn't help the US in any way (except for the fairy tales narratives) and that brings us to Lie #2.

Lie 2. There is no "a windfall" to US "intelligence community" since those UAE's S1s are export versions of this famous AD complex--that means they are significantly less capable than the Russian ones--and they are not new, like in old. Why? Very simple: the United Arab Emirates started to take delivery of S1s in 2003 and, as news have it, started to upgrade them in 2019, which is a testimony to the fact that these were older export versions of S1s which, in the words of Lieutenant-General Bizhev, a former Deputy Commander of Russia's Air Force Air Defense, is nothing to get worked over it. I quote:

Translation: There will be no serious damage to our combat readiness. War is war. Trophies are expected in wars. Sometimes we also get trophies. The equipment which goes for export differs from what is delivered to our Armed Forces. Americans will have to study this Pantsir for a long time, as well as think for a long time on how to make a copy. For a number of reasons they will not be able to make an exact copy. I think Pantsir will create admiration among Americans, but they will not be able to make an analogue.

Why? Just a single fact--not only export versions DO differ from domestic ones, both in hardware and software solutions, but many key software solutions are literally hard-wired, making them useless for anyone who gets to them. Remarkably, the excitement in Western media re: this "secret" (I kid you not--it is "secret" alright) operation--sure, load a truck into the transport plane and fly it anywhere you want--shows a huge hardon as well as implicit admission to the superiority of Russian-made AD systems, which are in the league of their own. Don't believe me? Ask Turkey, a NATO member, what she thinks about S-400, export version no less.

Turkish Defense Minister Hulusi Akar said it would be “very problematic” for Ankara to turn back on its purchase of Russian S-400 defense systems but expressed hope that a dispute with the United States on the issue could be resolved through dialogue. Akar also reiterated that Turkey was in talks with Russia on obtaining a second consignment of the S400 defence systems.

You will not find this news in Anglo-sphere unless you specifically look for it and even then--it takes some effort to find it from Al Arabya, no less, because no US media outlets will not touch it since US media are into propaganda and the butt-hurt management, not news reporting. This brings us to another point. Here is a delivery of the first serial SU-57 to a units of Russia's Air Force. You don't need to know Russian to see it.

The United Aircraft Corporation (UAC) immediately reports that its facilities (in Russian) are being expanded for the serial production of this aircraft. 76 to be built in the first batch. Now, the Western media cannot ignore it and they do report this. But look what happens next. Russia started the development of the MiG-41 interceptor. And guess who appears immediately with their "opinions"--of course a bunch of clowns from CAST, such as Ruslan Pukhov--a guy who is an epitome (together with another clown, Barabanov--degree in librarian "science") of humanities "dumbed down" "analyst", who didn't serve a day in Armed Forces, never worked a day on a production floor, saw military on TV only and wouldn't know the difference between shit and shinola, but get this headline.

Is Russia’s defense industry too busy to take on another fighter jet project?

As Jim Kerry would say:

According to Ruslan Pukhov, the director of the Centre for Analysis of Strategies and Technologies, the primary focus of Russia’s defense industry is to develop that engine. That main effort takes away much-needed resources for the new plane, he explained.

My question at this stage is this: these people from CAST couldn't find their own ass with both hands in a brightly lit room and have zero competencies in any issue pertaining Russia's real economy, military industry, military technology, tactical, operational and strategic problems, yet they pass opinions on the matter of which they have zero understanding. I recall this very same Pukhov trying to scare Russia that, Russia cannot win war with the US but can deal serious damage (in Russian). Recall me constantly pointing out to the "Revelation Mode" in Russia's rearmament and changing defense posture. From what I gather, for all very real Russia's economic problems, only Russia and China restored industrial production and, in fact, started to grow, with Russia increasingly shifting towards processing and complex manufacturing (in Russian). So, what is the real size of Russia's real economy and, by implications, of her military-industrial complex? Your guess is as good as mine, the only thing which I can tell for sure is that the record of Russia's rearmament speaks for itself and we all can be damn sure that projects of such import as MiG-41 will get done.

You know, the same as this 3M22 Zircon thingy whose state tests are to be finished this 2021 year and it will start serial deliveries in 2022, TASS reports. Believe me, I recall how for years, decades really, I had discussions, including among my classmates and acquaintances, many of them senior officers, many with a serious command experience, that future of Russian Navy will be in anti-shipping cruise missiles which will be hypersonic, AI-driven and will have a stunning range. I also debated some from this very CAST, especially when they tried to tell me fairy tales about... the US Navy. As it turned out, not only Russia's military-industrial complex was able to produce truly revolutionary weapon systems, but in a relatively short time remake Russia's Armed Forces into a deadly, super-modern, mighty fighting machine. All that, despite constant "opinions" of armies of those "experts" in Russia whose level of expertise was primarily of high school graduates. Now, when all this is happening in a front of our own eyes, be that Russia's return to a superpowerdom, to the United States finding itself in a deepest political and economic crisis, to a massive remake of the world order (sorry, Samuel Huntington), I kinda want to reiterate: "I told you so". 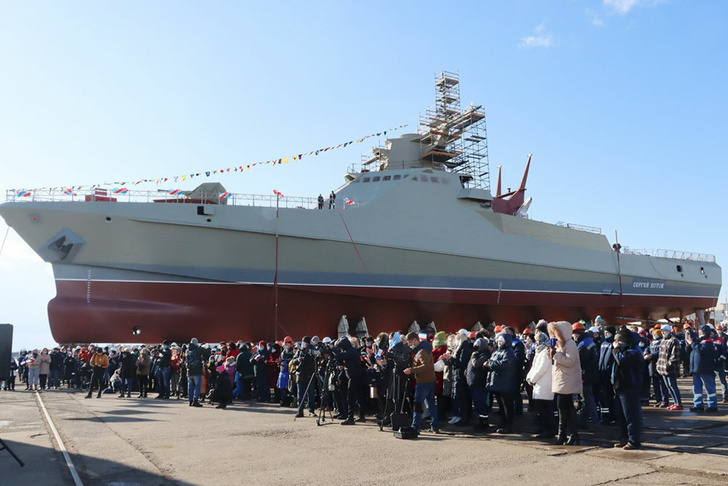 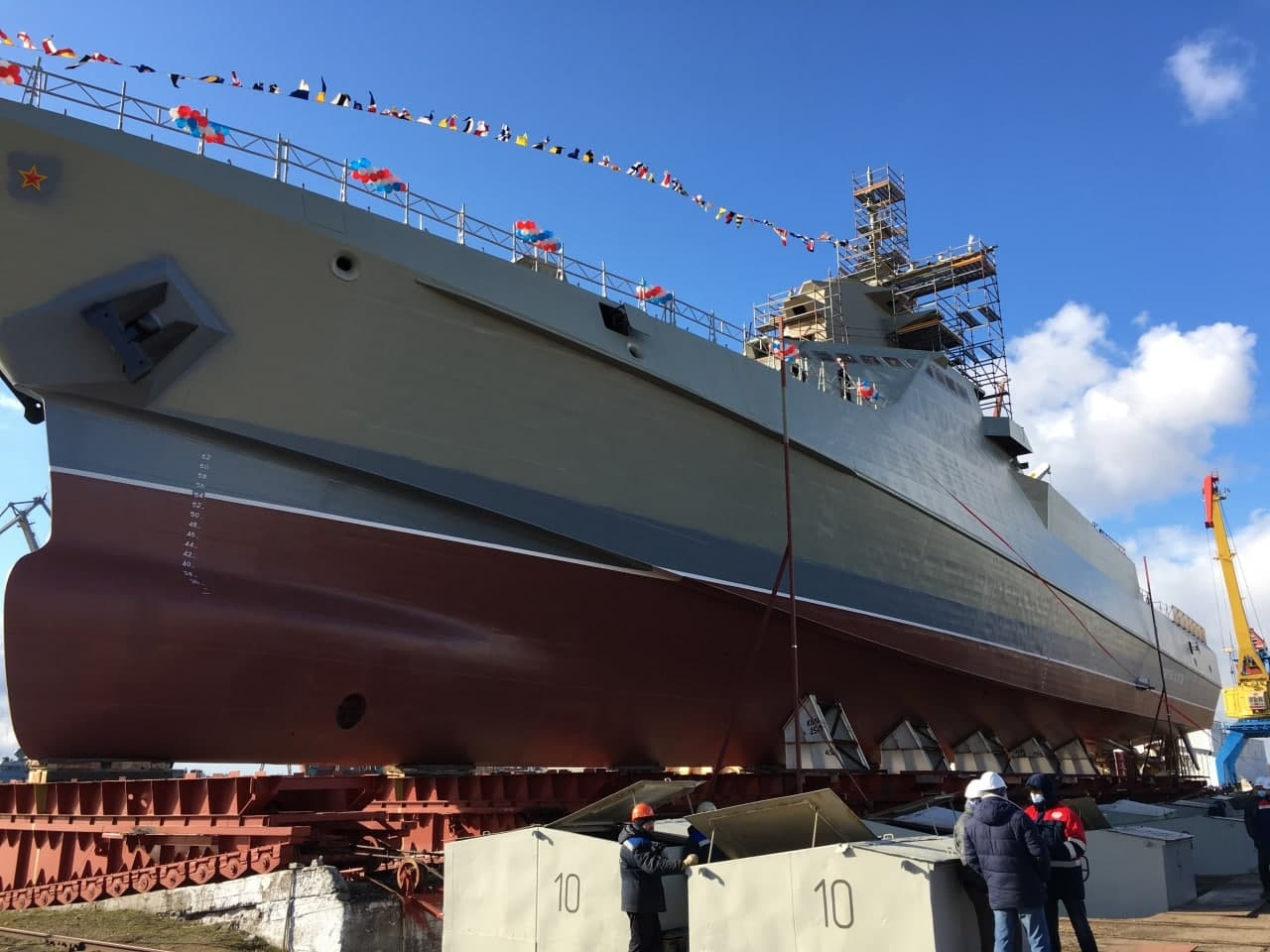 So, is Russia's defense industry "too busy". You can bet your ass on it. It will get even busier. At least START was prolongated today. That's reassuring that we all can die now only six-seven times over, not the whole twelve or thirteen which will surely kill us. Whew.
Posted by smoothiex12 at 11:59 AM