I really didn't want to post on this issue but Bernhard of MoA gave the link to yet another gem of an American "strategic" thinking and I might as well say couple of words on that. By now you probably know my severe allergy to the majority of "thoughts" expressed by all kinds of American "diplomats" (quotation marks are deliberate) and other "experts" in Russia. Alexander Vershbow is one such "thinker" and "expert" who pretends that he knows Russia. Read his biography, he is class-A luminary in globalist circles and is decidedly the same type of a "success" (quotation marks are also deliberate) as Strobe Talbott, who passed at some pint of time as yet another "expert" on Russia.

Alexander Russell "Sandy" Vershbow (born July 3, 1952) is an American diplomat and former Deputy Secretary General of the North Atlantic Treaty Organization. From October, 2005 to October, 2008, he was the United States Ambassador to South Korea. Before that post he had been the ambassador to the Russian Federation from 2001 to 2005 and the ambassador to NATO from 1997 to 2001. For his work with NATO he was awarded the State Department's Distinguished Service Award.In March, 2009, President Barack Obama nominated Vershbow as Assistant Secretary of Defense for International Security Affairs, a position that holds responsibility for U.S. policy toward NATO, coordination of U.S. security and defense policies relating to the nations and international organizations of Europe, the Middle East and Africa. He was confirmed in April, 2009. After almost three years with the U.S. Department of Defense, in February 2012, Vershbow moved back to Brussels where he took the position of Deputy Secretary General of NATO, becoming the first American to hold the position

Russians know extremely well who this guy is and his rap-sheet is impressive (by D.C. and Burssels standards) as is his lack of understanding of a set of problems the world faces today--an expected ignorance from a man with a radically humanities "education" form one of the Ivy League schools--and Vershbow being a consummate swamp creature continues with the same ol' story, now as the head of the Atlantic Council. You know, Atlantic Council, another collection of narrative-mongers who are good only at grandiose political declarations and scratching the bottom of the barrel for its set of the abusers of sinecures, who do not know shit from shinola but are into business of advising none-the-less. Vershbow wants to pressure Russia (what's new) and his opening salvo is courageous in terms of outright exposure of a level of fill with shit and sheer stupidity.

Six years after suspending “business as usual” with Moscow, the Alliance’s Russia policy is largely static and reactive. NATO has done well in reestablishing deterrence against Russian aggression in the wake of its invasion of Ukraine in 2014. However, in the years since, the Alliance has been less effective at countering Moscow’s ongoing political warfare against NATO members’ societies and democratic values. There is sustained Russian interference in the internal affairs of the NATO member states, little meaningful dialogue in the NATO-Russia Council, an unraveling of arms control constraints, provocative Russian military activities in NATO air and sea space, aggressive disinformation and propaganda campaigns against the West, and unchecked adventurism in the Middle East, Africa, and Afghanistan. Russian-led forces in occupied Donbas continue their attacks on Ukrainian forces and civilians despite numerous ceasefires, a daily reminder of Moscow’s rejection of the Helsinki principles of respect for the sovereignty, independence, and territorial integrity of all European states. Belarus also faces sustained Russian pressure and possible military intervention to suppress the mass protests triggered by the falsified elections in August 2020. And Russia has once again thumbed its nose at the international community by using an illegal chemical weapon to poison opposition leader Alexei Navalny. NATO’s failure to halt Russia’s aggressive behavior puts the future of the liberal international order at risk.

For starters, Vershbow doesn't know it, since he has zero background in real "security" and balance of power, that future of the "liberal international order" is really grim since:

1. This "liberal international order" has very little true liberalism in it, but mostly a set of rules designed for robbing the rest of the world in favor of a few "elite" conglomerates of rich and perverted, most of them located in the US, UK and Western Europe. They worry, since the system is done. It simply doesn't work.

2. But, of course, any order requires a force which upholds it. Obviously, institutions are important, such as IMF, which wants new issue Bretton Woods in order to continue business as usual, collecting welfare for its class of leeches who know only how to collect rent and little else. But order, or ordnung, to give it appropriately sounding name is impossible without the enforcer.

Here is where Vershbow, despite his tenure as NATO's Deputy Secretary General for some PR BS,  requiring zero qualifications in issues of actual working and effective policies and international relations, has a very difficult time understanding that the "enforcer", mostly on paper, is almost dead. Make no mistake, the enforcer, or the bully, is still convulsing and is not dead yet per se, but as an actual military force capable to fight and win a conventional conflict against serious power the United States is done. European NATO members are altogether a joke, once French nuclear weapons are subtracted from this "order of battle". Russia, indeed, can thumb her nose and Vershbow's version of "international community", because what Vershbow tries to present as such is just NATO, which is about 10% of Earth's population and which is wholesale non-agreement capable. With most of the remaining 90% of population Russia has excellent relations, ranging from China (1.5 billion people), India (1.3 billion), Iran, many African and Arab countries, many other countries in South America.

In fact, once one begins to actually add REAL GDP (not BS which passes at the Wall Street as such) of Russia and China alone, it becomes clear that this tiny block of only two nations has enough economic power to both bury this precious "liberal international order", which does a swell job of killing itself as I type this. But speaking broadly Russia alone can rearrange stones in every NATO capital, D.C. included, without even resorting to nukes and this is the fact that even Vershbow, I am sure, understands. As per Novichok and Navalny's "poisoning", as many observers already pointed out, this Novichok "deadly weapon" is incredibly ineffective--people just refuse to die from it. Remarkable how bad Russians are at chemical weapons. They try and try to kill at least someone with this deadliest chemical and still cannot succeed. Russians now gave up and retooled all Novichok nerve agent production facilities for distillation of a deadly vodka 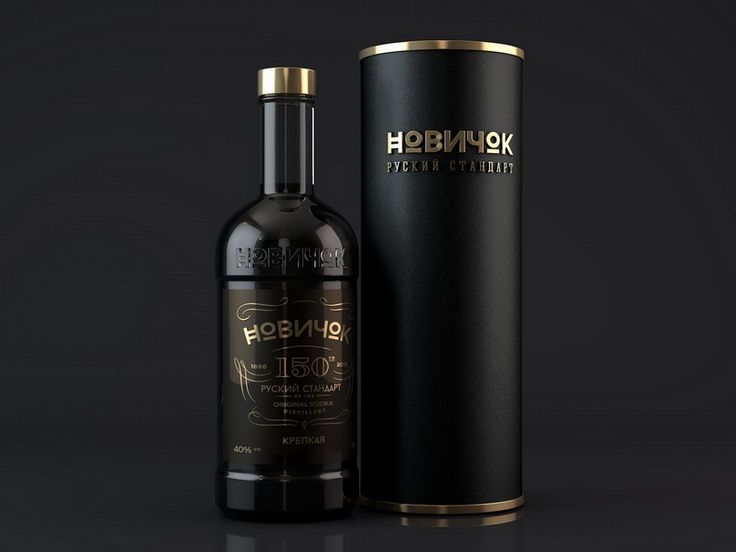 People like Vershbow, being highly uncultured people have the ability to chit-chat about golf, know the difference between expensive scotches and dropping couple of quotations from ancient philosophers but these skills are no substitute for systemic education and ability to synthesis (everyone is analysts nowadays--most men going #2 with their smart-phones are easily qualified as analysts for a duration of bowel movement). This skill seems to elude US think-tanks who are very good at juxtapositioning the facts in the most lucrative, for their pockets, manner but are not capable consistently, in fact decade after decade, to forecast anything. That is why Vershbow doesn't have a sense that he parades himself as an American equivalent of the CPSU apparatchik speaking in slogans at the local Party conference.

As part of the NATO 2030 initiative, allies need to develop a more dynamic policy toward Russia. The Alliance needs to retake the initiative, increase the costs for Moscow’s disruptive activities, and put real pressure on Russian President Vladimir Putin to change course, while reducing the risk of escalation resulting from Russia’s provocative military behavior.

At this stage we MUST ask the question--are they really that stupid, in fact, utterly dumb? As I am making case for years--many are. In fact, very many of those good ol' boys and girls with degrees in International Relations, "security" studies and political science, among many, are downright morons. They are incapable of developing anything, let alone "dynamic policy", whatever that means, not to mention putting pressure on whatever. But Vershbow, being so close to a globalist elite, and serving it, must know at least some real score. If he doesn't (it is possible) then he is a brainwashed complete moron--I wouldn't be surprised, just recall a clown Michael McFaul--but if he does, I don't know what he must think about himself putting out such a trash masquerading as a "policy" piece. Does Vershbow cry himself to sleep at night recognizing that he is a hollow suite with zero ability to comprehend what is coming? But then again, such a recognition requires both serious intellectual and moral component and this is largely absent from current Western "elites".

So, enjoy, if you will, yet another excrement by one of the America's (and West's) brightest stars in the field of security but don't ask me why these people are still around. Maybe for Vershbow is not to late to change a career and try something he was good at when he was younger--drums. No, not the drums of war this dude tries to beat in his insult to intelligence, but real drums. You know like jazz or rock-n-roll drums. Because the only field where 90% of modern American military-diplomatic-political-intelligence "elite" belongs is in entertainment, as a filler for long forgotten bearded women and other circus freaks shows at a country fair.