The Evil That Men Do. (Friday Is Tomorrow).

For quite a few recruits to Russian Army (Navy) the prizyv (draft) is not the most anticipated event. So, in this case to avoid chasing, let's put it this way, reluctant draftees (mostly mama's boys) to present them with the subpoena, military commissariats go for a number of measures trying to get to those future servicemen, who try to avoid to be served with this subpoena. Although, the number of such losers is not large, some do hide and go to a substantial length to avoid being served. Now imagine, you, the 18 or 19 year old guy, who wants to avoid service and hide home, and who gets the bell ring at the door of your house. Cautiously you approach the door to make sure that those are not representatives of military commissariat with this dreaded subpoena. You look into the door's eye-hole and see... 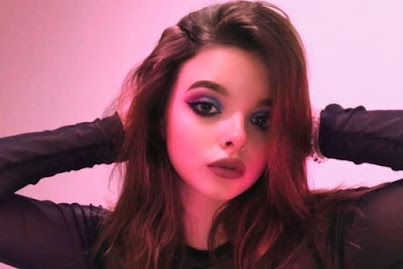 What are you going to do? If I was 18 years old, I would be in the state of elation from just the possibility to talk to this girl. You open the door and yes, here she is--a dream girl, a figment of your juvenile imagination and wet dreams. She is real and she is lovely, but so is subpoena she delivered to you. Welcome to the Russian Armed Forces, loser. This 17-year old girl unleashed on mama's boys in Kursk brought 30 of them straight into the grabby hands of Kursk's military commissar. For that, she was issued a citation as a person who contributed mightily to Russia's national security.

I cannot convey here how loudly I laughed. Not just from the "evil" seductive methods of Kursk's military commissariat but from the reaction and comments in Russia's social networks. Make no mistake, a bunch of losers still were furious--they are mostly cowards and pampered a-holes, aka  draft-dodgers, but there is no denial that the plan worked and not a single law was broken. But if you thought that this was evil. Get this.

Guess what Russian babushkas were obsessed with in late 1980s-early 1990s, when they were not sitting in the court-yards on those benches and gossiping about everyone in those blocks? Right--Santa Barbara. I don't remember exact times when this annoying soap opera was broadcasted, but if my Alzheimer doesn't fail me, they were shown in the morning and the evening. Well, one dude admits, he recorded the opening theme from Santa Barbara and started to "broadcast" it into the open window into the court-yard in the times when there was no Santa Barbara on TV schedule. Boy, those babushkas were feisty trying to get to their apartments and to turn on TV, while son of a bitch was enjoying seeing this rush. After few successful attempts babushkas figured it out, I guess. But I cannot admit that this wasn't funny. It was. I also remember issues within my grandparents household upon the onslaught of Brazilian and Mexican soap operas. Goodness gracious, why old people were so taken by all that, but my grandma and her sister, God bless their pure souls, or any of her friends of similar age, they would literally drift into other reality watching The Slave Izaura or The Rich Also Cry. Those were evil serials and I am still hit by convulsion the moment I hear this.

I cannot believe still to what length man's evil can go;))