Is Luftwaffe Being Sensible?

A rather interesting development today. Remember a year ago I wrote about Luftwaffe this:


United States produced many good fighter jets in its history--some were good, others were outstanding fighter planes. Starfighter was a piece of shit. Everything about it was bad, USAF abhorred it and, as it is often the case, unloaded this piece of flying crap (or aka in Italian Air Force--a flying coffin) onto Luftwaffe. You think Germans were happy with this plane? Hell, no! They lost...drum roll..116 pilots in this machine in the peace time. But guess what? Germany was told to jump and the only thing Germany was allowed to do was to ask: "How high?" And high jumping Luftwaffe did until flying this POS became so dangerous and so scandalous that this fighter was basically grounded. By that time Luftwaffe lost 30% of its Starfighter force.

Evidently today Germany's Luftwaffe decided to show that it may not ask "how high" it must jump since Luftwaffe chief was dismissed over F-35 support:


The Chief of the Luftwaffe is to leave his position in large part due to his support for a German procurement of the Lockheed Martin F-35 Lightning II Joint Strike Fighter (JSF), Jane’s has learned.
Lieutenant General Karl Müllner will leave his position by the end of May, with the news of his retirement breaking just two days after Germany’s defence secretary, Ursula von der Leyen, was sworn in for another term.

It is an interesting development since Germany certainly wants to see her combat aircraft to come from much nearer neighborhood--namely Europe, and namely from Eurofighter Typhoon. The issue here is what will be the American arm-twisting (and it is coming) strategy in trying to promote the fighter plane which, to put it politely, is not known to be the best performer for the same (very roughly) price of Eurofighter, which makes F-35 look like a... not that impressive. The United States needs to sell F-35 badly to at least have some claim that if this aircraft is not really good, at least it is a commercial success--not the best metric in assessing combat capability, but at lest something to show for historically unprecedented amount of money poured into F-35.
It will be very interesting to observe all this inter-NATO military-technological maneuvering against the background of now deafening anti-Russian hysteria since it may give some inkling of where this whole Cold War 2.0 will go. Germany, for all her troubles, sees herself as a Europe's kingpin, while US (and London) do not like this idea. Germany can succeed in realization of such vision only if... and here it comes--she resolves her energy issues. But 2019 and Power of Siberia is nearing its completion and there is already Chinese access to some very sensitive Russian industries. So, Germany has a lot of thinking to do about how she wants to arrange her road towards her aspirations and if it is possible at all. Just a small detail--Luftwaffe knows how to fly MiG-29s--I kid, I kid. Plus, there is always nervous France, I kid again. 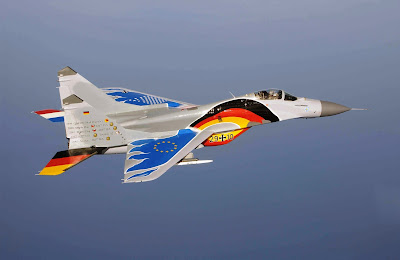 Meanwhile. This adorable and beautiful girl is... Theresa May. Man, time is cruel to all of us. 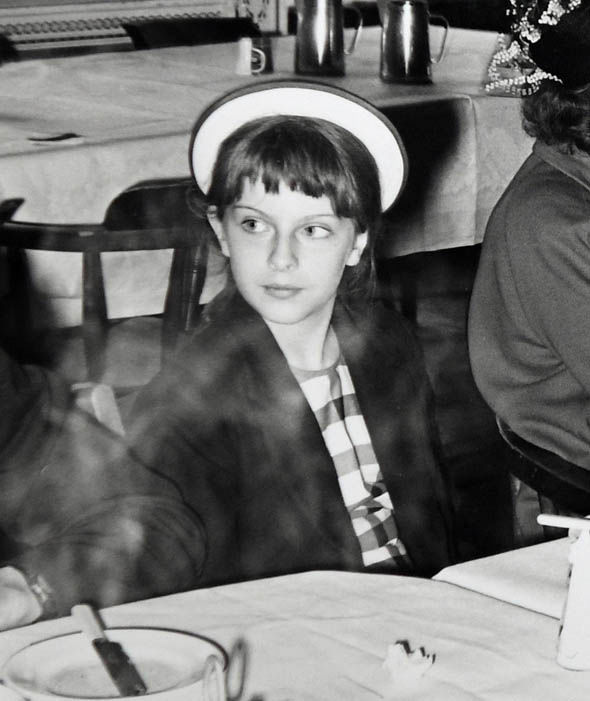 I also was very beautiful when I was young, LOL. Actually, once as a toddler I graced the front page of Baku's most important newspaper. I will post it at some point of time.
Posted by smoothiex12 at 1:43 PM