As Always, They Lied.

Here is what NBC said:


President Donald Trump told Russia’s Vladimir Putin that if the two countries wanted to have a nuclear arms race, the U.S. would win, according to a report Thursday by NBC News.

As I stated not for once--US media is a sewer which has nothing to do with journalism and is reduced basically to propaganda outlets. Their butt-hurt is also palpable and produces Freudian outcomes, especially in projections. Kremlin, however, didn't wait to yet another US main-sewer media BS to fade away and responded almost on the spot.:

Kremlin: Trump did not speak about US readiness to win arms race in talk with Putin.

Apart from the purely military aspect of the matter--such as the ability of both sides to obliterate each-other many times over already now, what does it even mean to "win the arms race"? Did those cretins in NBC know, just for a warmup what is this: 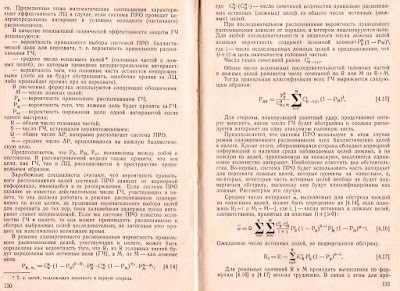 This is apart from an obvious fact that recent Russian technologies make US anti-ballistic missile defense just a waste and restore what Russia was aiming for from the get go--return of the US within more or less stable confines of MAD (Mutually Assured Destruction), which the US for decades tried to leave. If the US wants to increase her nuclear arsenal--sure, Russia can accept the fact that now she can be annihilated whole twelve times over instead of the measly eight or nine as it is the case today. Sure, who wouldn't like to be obliterated by nukes twelve times over--nine times is so yesterday.  In the end, it is strictly internal American matter on deciding how to completely bankrupt itself while stealing hundreds of billions (or trillions) of dollars in producing dubious weapon systems which do not work (a track record of that is available upon request) and a lot of CGI driven fantasy movies about how they do.

This disinformation (well, lie) by NBC, however, is very indicative of a complete mental breakdown of the American body politic and it does show how all those good ol' boys and girls in US establishment do feel humiliated, despite constant declarations to the contrary. Yep, sore losers. Plus, I think Donald Trump is smarter than those in US media give him credit for. So, as in the case with Skripals, which in the better times could have been a great material for Monty Python, people in US establishment are utterly incompetent for coming up with even believable lie. Indeed, what a massive case of sour grapes and of being pathetic sore losers--can not even lie properly.

In related news, as was expected for some time now, the idea of "declaring the victory and leaving" is being floated now at the highest political levels.  If this comes to fruition it will be a massively good thing for all parties involved with the exception of "democratic" head-choppers and other jihadist scam in Syria.  Well, and for Kurds, but they were warned from the get go--they didn't listen.