Boy, Haven't I Heard This Tune Before?

LOL. Of course, Russia is a "threat". She has been since the United States decided that it is the force for everything good against everything bad and that the war it is when the United States bombs weak defenseless nations into the stone age and then changes those hapless countries into shitholes, while profiting from it. But that is not a real war.

Gen. Glen D. VanHerck, commander of U.S. Northern Command and North American Aerospace Defense Command, said Russia remains the most urgent and immediate threat to the homeland even as China captures the attention of defense policymakers. “Russia is the primary military threat to the homeland today. It is not China—it is Russia,” VanHerck told Air Force Magazine on the sidelines of the Air Force Association’s Air, Space & Cyber Conference in National Harbor, Md. VanHerck explained that while China is the “long-term existential threat” to America, Russia is the stronger warfighting threat today. “From a kinetic standpoint—submarines, bombers, cruise missiles, those kinds of capabilities—Russia is the primary military threat,” VanHerck said, calling Russia and China “equals in non-kinetic—cyber, space.” “They have to both be feared,” he added.

Russians are strange people, they just don't like to be democratized. Especially when stand-off weapons are involved and, with a typical Russian cunning and perfidy, arrived to a conclusion that if they are getting bombed and invaded, they might as well respond in kind and do bombing of their own. You know, as in rearrange stones in the lands of those who bomb Russia, and in doing so destroy forces which bomb Russia. Yes, I know, this is such a treachery on Russians' part. How could they refuse all those benefits of "democracy" and the general even concluded:

“If your only option to prevent an attack on the homeland is to nuke them, you’re not in a good place,” he said. “We have to create other capabilities and options to create doubt in their mind about ever striking our homeland.”

Right. Because we all know that the only thing Russians sleep and dream about is how to strike Skid Row or Detroit... ah, wait, I believe it has been bombed already by someone. 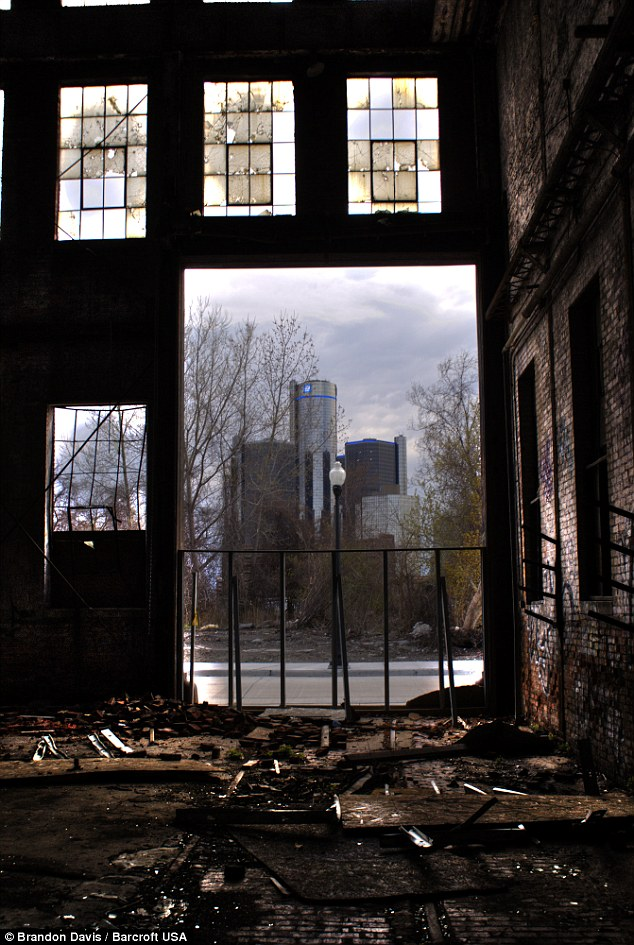 Well, you get my drift, after all, who said that Robocop movies were fiction? Communities like these are popping up around America like mushrooms after the rain.

On a more serious note, however, it is clear that the United States militarily is in a bind and is undergoing a severe tactical and operational cognitive dissonance spurred by the decades of "transformation" which resulted in deluding itself with some very special "American way of war", while in reality nothing in warfare changed in terms of its main objective since the times of Clausewitz' truism that the main object of war "is to compel the enemy to do our will". Russians are not that kind of people who are compelled to do anyone's will (as many greatest military leaders in human history learned the hard way), and if they refused to do so on the insistence of Napoleon and Hitler and their largest armies in history in their time, they certainly wouldn't do it on America's account.

Russia is certainly not going to attack the United States but if the United States attacks Russia, yes, Russia has means to obliterate the United States in response, no matter what efforts the United States undertakes to prevent such a response. Basically, VanHerck's main grievance is this: he doesn't want to be bombed back while bombing others. I know. But it is what it is--American generals do not know what it means to lose their families as a result of war, that is why they have such a cavalier attitude towards war. Russia, however, makes them uncomfortable and they don't like it.

Russian verb, which Putin uses, сдохнуть, sadly, does not directly translate into English and it is not "drop dead", this verb is used when one describes the death of an animal--human dies, animal сдыхает. The nearest term is to croak. These are subtleties of Russian language which many in the West cannot grasp. VanHerck also expressed his opinions on Arctic, but I heard this tune before too. Sure, looking at the Rosatom fleet today I really cannot see what investment in time and treasure will be required on the US side to catch up. No, really.
Sometimes people just have to stick to doing what they do best. Russians certainly did--they make best weapons and ice-breakers. And a couple of other things which are beyond the narrow scope of this post.
Posted by smoothiex12 at 9:52 PM