This review is very important against the background of an ongoing tectonic shift in global economy with combined West not only losing it positions but being forced by the US to commit suicide by means of de-industrialization. We all can understand basic ramifications of all that and the fact that the US cannot fight Russia directly inevitably pushes the US towards much more aggressive posture against China. And here is some info on COMAC C-919. 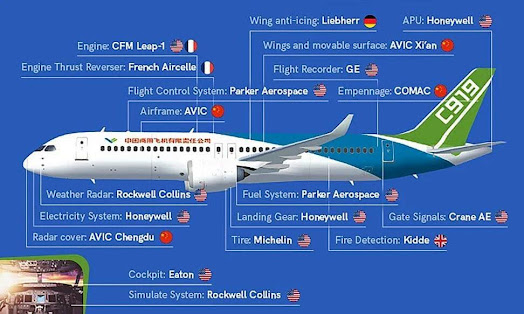 As you can see yourself this aircraft will never be allowed to appear on the global market because it will be immediately "sanctioned" by the United States which is a supplier of C-919's US-French CFM Leap power-plant and pretty much most of avionics and other systems. And here is this strategic difference between COMAC and MC-21. Despite non-stop sabotage and sanctions from the US, MC-21 is increasingly Russified aircraft--even ever confused Wiki gives a good account on the Russian systems in MC-21, as well as other Russian aircraft.

MC-21 already has critical components, from engine PD-14 to APU by Aerosila, to avionics (KRET), to composites, to landing gear, to on-board systems. All Russian-made, making MC-21 invulnerable to sanctions due to proprietary issues which will be and already are making, as an example, C-919 a subject of sanctions. In other words, if ever C-919 will try to compete with single isle mid-range aircraft globally, it can easily be removed from competition on the same grounds as was the case with both MC-21 and SSJ-100. Naturally, full Russification of both is on track and the impact of that is much greater than mere invulnerability to proprietary claims from the combined West. It is strategic in terms of national security across the board, with independence from the West being a big prize. While PD-14 is already in serial production, the other crucial piece is also in the game:

The Russian Aviadvigatel PD-8 engine is being prepared to power Sukhoi Superjet 100 regional jets soon, but until then it must undergo a series of tests, including flight tests. As part of that stage, a power unit has been installed on a model Ilyushin IL-76 aircraft, which serves as a laboratory aircraft. As reported by our partner site Aeroin, in recent weeks, Russia has accelerated this project, which has become even more urgent due to Western sanctions imposed on Russian aviation following the invasion of Ukraine. These embargoes prevent the Russian aircraft industry from receiving components from Europe and North America. It must therefore accelerate import substitution.

And acceleration it did.  I am on record for years, ad nauseam--if you do not have your own engines, APU, avionics and other systems, you do not really have own commercial (or any other) aerospace industry, period. No matter how one tries to spin it but any aircraft is primarily a platform for the engines and everything related to them and that is the most complex and most advanced part.

This is the set of avionics KRET developed already in 2015 (in Russian) and this is one of the suites which is used today, as an example, at newest IL-76MD-90A models. Here is how cockpits of new IL-76MD-90As look like. 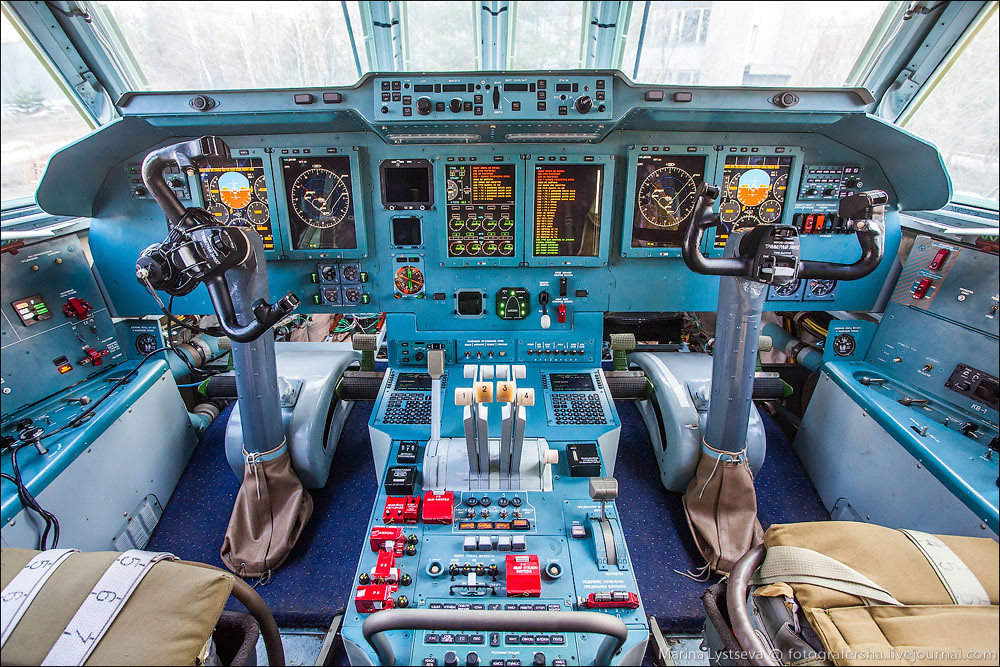 There are some variations of that for TU-214s and naturally MC-21 cockpit looks like that. 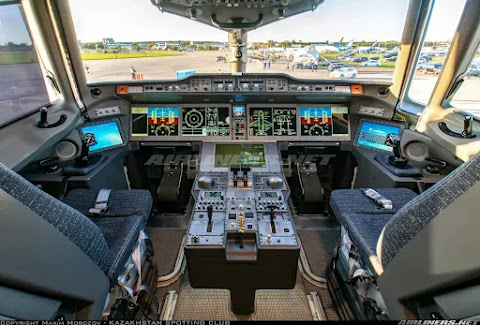 And that is why I am constantly on record, COMAC C-919 is not going to compete with A-320 newest iterations, because it is in effect a Chinese version of A-320. Russian aircraft are a completely different game and that is why from the inception, once it became clear that both SSJ-100 turned out to be a very competitive plane and MC-21 started to emerge as a viable competitor to both A-320 family, not to speak of a grossly damaged B-737 line, all hell broke loose and both aircraft have been sanctioned non-stop. Well, guess what, it made Russian commercial aerospace stronger. And that is a very bad news for both Airbus and Boeing. Not to mention the fact that they lost voluminous Russian market. Stupid is as stupid does(c), remember this?