... Optics is bad, operationally it is understandable.

Russia has decided to withdraw its troops from the right bank of the Dnieper River, including the regional capital of Kherson. The Defense Ministry explained that it wants to avoid unnecessary losses among its forces and spare the lives of civilians. While saying the decision was not easy, the commanders see little sense in keeping the troops on the right bank, the chief of the Russian military operation in Ukraine, Army General Sergey Surovikin, told Defense Minister Sergey Shoigu on Wednesday. The general pointed to continued Ukrainian attacks on the Kakhovskaya hydroelectric dam on the Dnieper River, arguing that it could mean the total isolation of Russian troops in Kherson. “If the Kiev regime … launches an even more devastating attack on the Kakhovskaya dam, a flow of water could arise that would flood large areas, causing significant civilian casualties,” Surovikin added. This, according to the commander, “would create further threats for civilians and risk total isolation of our force grouping on the right bank of the Dnieper.”

The Dam issue did factor in and several weeks long evacuation of civilians from Kherson (115,000 have been evacuated) was an indication of serious considerations regarding the possibility of VSU destroying the Kakhovka Dam and flooding the area making it completely indefensible. Understandably, all kinds of IPSO trolling started already, as is--naturally--hysteria among the same category of public which was behind spinning a few days ago a complete BS of "high losses" of 155th Marines Brigade in Pavlovka, which was utterly debunked, so, what's new? Could it be the trap? Certainly possible. I should be a part of Gonzalo's Roundtable, together with Brian Berletic, tomorrow and we will discuss this issue. So keep an eye on Gonzalo's channels on YouTube.

But the real news is this--current at the time of this post:

This is the start of the final countdown for the United States as a unified country. Yes, I mean physical disintegration of the country down the road within, maybe, 8-10 years, maybe slightly more. We did our civic duty by voting, but above you see the statement of a paralysis of a political system and governance, with huge segments of the American society being in favor of a complete destruction of their own country, which cannot exist as a unified nation. In the end, Kensington Avenue is the future now, no matter who gets to power.

In the spring, Fetterman won his primary easily, even though he suffered the stroke four days before the vote, which required him to be outfitted with a pacemaker and defibrillator on the day of the election. Fetterman’s strategy, which dates back to a failed 2016 Senate bid and his successful 2018 lieutenant governor campaign, was to visit every Pennsylvania county, even the rural ones that Republicans had been winning in blowouts. His theory was that those visits would not just potentially flip some GOP votes because he had showed up, but motivate the local Democrats to become more involved in the campaign.

Well, looks like America loves her leaders either demented and geriatric or completely incapacitated and incapable of carrying out their duties. You know my attitude towards Trump--I dislike the guy--and it is time for him to just get out of politics because he blew his chance in 4 years from 2016 through 2020 due to being a demagogue and a coward. But I am on record--the crisis is systemic, meaning it is impossible to fix the machine without fully redesigning it completely, no matter what oil, gears and hoses you change. Didn't I warn about it? 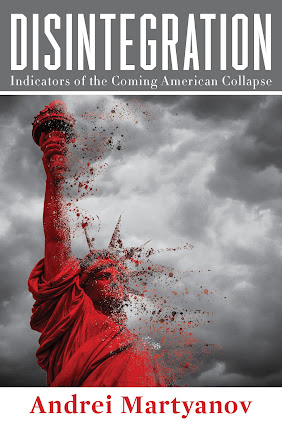 Here is your biggest indicator yet.
Posted by smoothiex12 at 11:45 AM